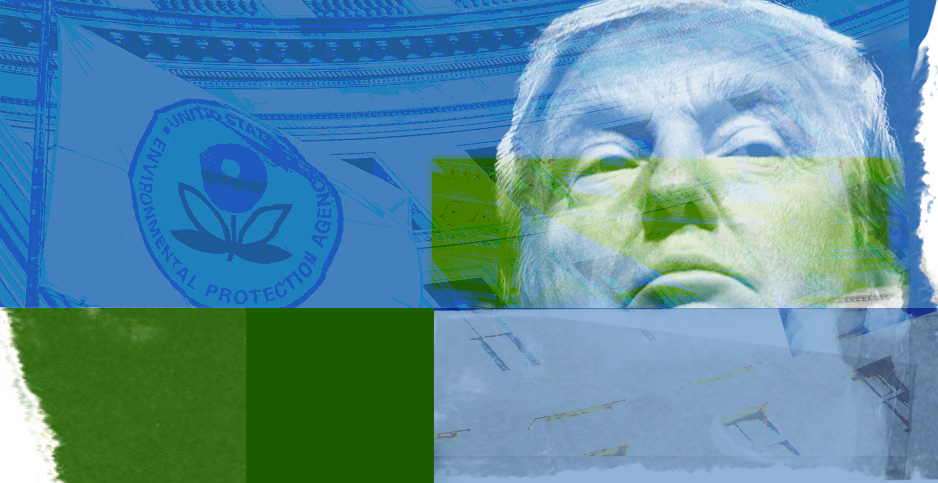 A Trump-era White House adviser who targeted civil servants and federal unions has turned his sights on EPA.

James Sherk with the America First Policy Institute, a think tank aligned with former President Donald Trump, has filed several Freedom of Information Act requests with EPA since last year. He has asked for emails from the agency’s top career officials as well as documents from contract negotiations with EPA’s largest union, American Federation of Government Employees Council 238.

Sherk’s interest in EPA follows its torrid time during the Trump administration when hundreds of employees left the agency, many upset over proposed budget cuts and rollbacks of environmental protections. Trump already has signaled plans to remove federal employees deemed disloyal to the president if he returns to office.

Sherk said he has sent FOIA requests to multiple agencies, including EPA, asking for career staff’s emails that mention Trump or President Joe Biden around the time of the 2020 election and the 2021 inauguration.

“While it is of course perfectly fine for federal employees to have their own political views, the extent to which those views differ from the American electorate is of interest,” Sherk told E&E News. “I thought a FOIA request to multiple agencies could shed additional light on the political views of career staff.”

So far, the majority of the agencies’ responses show that when employees expressed a political preference, they supported Biden over Trump, but he has only received responses from a few agencies “so I can’t generalize that conclusion,” Sherk said.

He intends to document his findings in a report published next year or the year thereafter.

Sherk also filed requests for records dealing with EPA’s bargaining with AFGE Council 238, including the union’s contract proposals. He said his request for the proposals was spurred when the union said it wanted an agreement to install what he called “their policy preferences” from administration to administration.

Sherk pointed to the union’s proposed “scientific integrity” article, which he said would prevent EPA leadership from moving forward policy not favored by career staff at the agency.

“The goal does indeed appear to be to lock in career employees’ preferred policies no matter who the American people elect president,” Sherk said. “I am monitoring this situation and — if EPA winds up with a contract that would prevent a future administration from changing policy direction — intend to write about how problematic that would be.”

During the Trump administration, complaints about scientific integrity at EPA spiked. In response, the union proposed the article to empower staffers and avoid political interference as they go about their research and share their results (Greenwire, June 8).

Marie Owens Powell, president of AFGE Council 238, said it was hard to say why Sherk was requesting records related to contract negotiations with EPA. She noted Biden has reversed the previous administration’s actions that targeted unions.

“A former Trump administration official might want to check up on the union proposals made at the agency that was most attacked by Trump, and which Trump is likely to try to dismantle again,” Powell said.

EPA union officials critical of the Trump administration have been subject to similar scrutiny in the past. America Rising, a Republican opposition research firm, filed FOIA requests for emails from those who spoke out against the past president (Greenwire, Feb. 3, 2017).

EPA responded to Sherk’s request for the union’s contract proposals in about two weeks. The council was surprised at the speed at which the agency moved and how EPA didn’t notify it.

In responding to the request, “the agency set aside conventions of confidentiality parties usually observe during negotiations,” Powell said. “Council 238 had no concern as to the content of its proposals, only that the agency disclosed them without any notice to Council 238.”

The union has since posted the proposals on its website. Powell cited how quickly EPA responded to Sherk compared with requests by one of the council’s affiliates, AFGE Local 704, which will take years and has led to a lawsuit against the agency (E&E News PM, Oct. 20).

“It does raise the question — do the speed of responses to FOIA requests depend on who is doing the asking?” Powell said, adding the council believes EPA has withheld responses to union requests as a tactic.

“The agency’s response to Sherk illustrated it is capable of a speedy response, demonstrating the unreasonableness of the agency’s handling of union FOIA requests,” she said.

“AFGE Council 238’s reaction is hilarious. I would be willing to bet a large amount of money that I have not been given any special preference,” Sherk said. “In my experience, FOIA requests proceed reasonably quickly when they ask for discrete records that are easily located and don’t need to be reviewed for redactions.”

He added that other requests can require agency FOIA offices to review records, noting that his requests for emails that mention Biden and Trump are still pending at most agencies, including EPA.

“It was an extremely easy request to fulfill,” Grantham said.

She added that for Sherk’s requests for EPA career officials’ emails mentioning Trump and Biden, the agency’s response will likely not be completed until early 2023 because of the need to coordinate across multiple offices.

The man behind Schedule F

Sherk is now the director of the Center for American Freedom at the America First Policy Institute. Launched last year, the think tank is run by several former high-level Trump appointees.

Sherk was a special assistant in the Trump White House, serving as the top labor and civil service reform adviser on its Domestic Policy Council. He helped develop several of Trump’s executive orders that took aim at federal unions and created a new classification for civil servants, Schedule F.

Biden has revoked each of those orders, but Trump appears eager to bring back the Schedule F measure if he comes back to the White House (Greenwire, Aug. 15). The new service category would have made it easier to fire career officials, and some agencies took steps to identify employees who fit its description of policymaking staff, including EPA (Greenwire, Sept. 30).

In his speech launching his latest presidential campaign, Trump said “the gravest threats to our civilization are not from abroad, but from within.” He added, “None is greater than the weaponization of the justice system, the FBI and the DOJ.

“We must conduct a top-to-bottom overhaul to clean out the festering rot and corruption of Washington, D.C.,” Trump said to cheers.

Since Trump left office, Sherk has given congressional testimony about the federal workforce. He also authored a report about how career employees resisted Trump appointees.

“An antagonistic minority has caused significant problems. And in some agencies — like the Department of Justice (DOJ) Civil Rights Division or the Environmental Protection Agency (EPA) — the vast majority of career staff appeared hostile to Trump Administration policies,” he said in the report. “Career employees in those agencies treated political appointees not as the representatives of the will of the people but as an occupying army to be resisted.”

“I was the acting general counsel for almost all of 2017, and if there had been an issue with attorneys not keeping the political team informed, I would have known about it,” Minoli, now a partner at law firm Alston & Bird LLP.

He said federal employees know that there will be presidents with whom they disagree at times but they continue to do their jobs professionally, adding that all attorneys, including government attorneys, take an oath to advocate on behalf of their client.

“The Trump administration came in with a deeply held distrust of the career staff and exacerbated that by largely excluding career staff from most major decisions,” Minoli said. “To the extent anyone felt that they were not fully informed, the combination of those two things would have been the reasons why.”

In 2019, the agency imposed a contract on the union’s bargaining unit employees that reduced telework, curbed the grievance process and forced union officials out of EPA office space. The council, which represents about 7,500 EPA employees, has since made gains under the Biden administration as it pushes for a stronger contract, which it hopes to complete before Biden’s first term is up.

The union also clashed with Andrew Wheeler, Trump’s second EPA administrator. He was the subject of unfair labor practice complaints, which have since been settled (Greenwire, March 21).

Wheeler was connected to the America First Policy Institute. In September last year, the group announced he would serve as chair of its Center for the Environment, but he has since left.

“I can tell you these FOIA requests were done on my own initiative, as part of the Center for American Freedom’s civil service reform work,” Sherk said. “I haven’t had any discussions with Wheeler about them.”

He also said AFPI is a nonpartisan, nonprofit organization and hopes the information he uncovers will be helpful. “We hope these reports will be of use to whomever the American people elect president,” Sherk said.

Powell saw another use for the records, saying Trump reviles federal unions and environmental regulation.

“We can only conclude that Sherk wanted the information to attack the union,” she said, adding the council will continue to protect and represent the rights of its EPA employees.