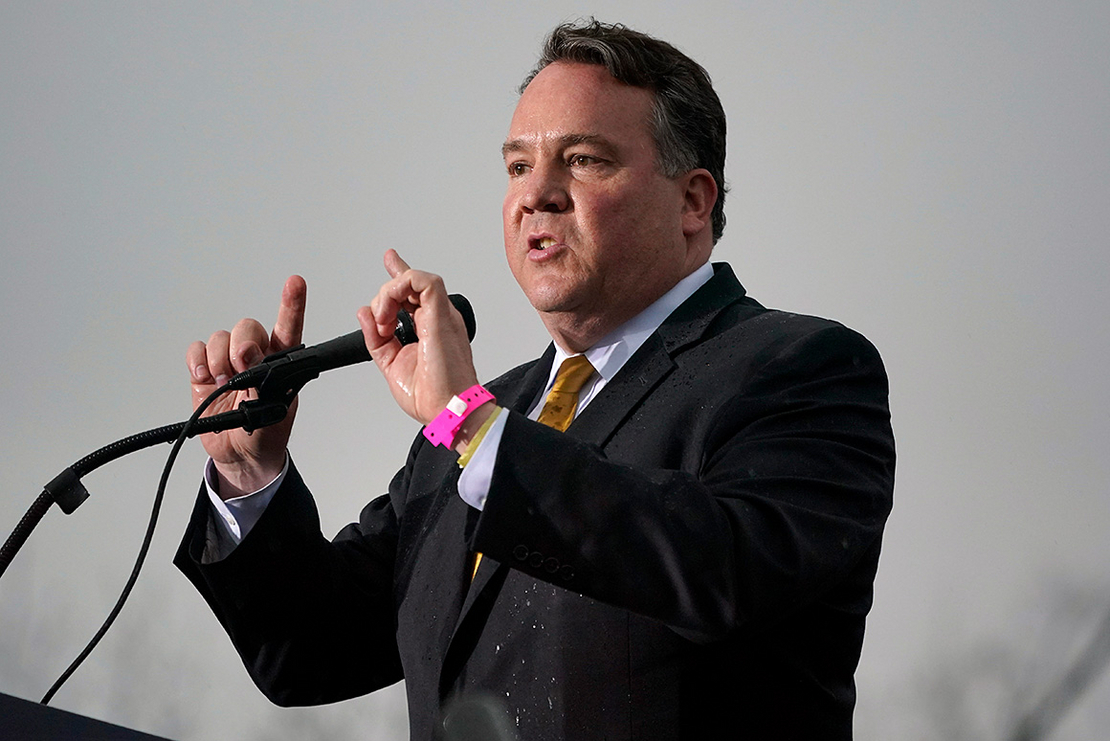 McKinley, the top Republican on the House Energy and Commerce Subcommittee on Environment and Climate Change, is the first incumbent to lose a primary reelection in the 2022 midterm cycle. The intraparty fight happened because West Virginia lost a congressional seat in the reapportionment process, and McKinley and Mooney were drawn into the 2nd District together.

The race largely centered on the respective candidates’ fealty to former President Donald Trump, who enjoys broad support in the GOP and won West Virginia by the widest margin of any state in the 2020 election.

Trump endorsed Mooney, who has vocally pushed false claims that Trump’s loss in the 2020 election was due to widespread voting fraud. The former president frequently called McKinley a “RINO” — Republican In Name Only — and faulted him for cooperating with Democrats while falsely accusing him of backing the Green New Deal, among other allegations.

Mooney has voted against legislation Trump opposed, like last year’s bill to create a bipartisan commission to investigate the Jan. 6, 2021, attack on the Capitol by Trump supporters and the Infrastructure Investment and Jobs Act, also known as the Bipartisan Infrastructure Law.

In a joint appearance last week on West Virginia MetroNews’ “Talkline,” Mooney called the commission bid a “total witch hunt,” and called the Jan. 6 attack a “protest” (E&E Daily, May 9). After the commission legislation failed in the Senate, House Democrats created their own select committee to probe the riot.

“I’ve waited 12 years to be able to vote on infrastructure and to take care of our sewer, our water lines, our roads and bridges, our broadband, on and on. And so we had to do something with this,” he said on last week’s show.

McKinley has used his senior Energy and Commerce post to defend and promote West Virginia industries such as coal and natural gas. He teamed up last year with Rep. Kurt Schrader (D-Ore.) to sponsor the “Clean Energy Future through Innovation Act,” a moderate clean energy standard bill.

He had the support of the Gas and Oil Association of West Virginia in the race, and energy industry donations heavily favored him over Mooney (E&E Daily, April 26).

In Nebraska’s primaries yesterday, state Sen. Mike Flood won the Republican primary for the 1st District, and is slated to succeed former Rep. Jeff Fortenberry (R), who was convicted earlier this year of concealing information regarding illegal campaign contributions and lying to investigators.