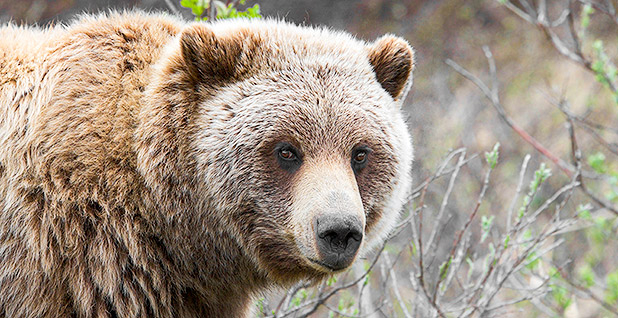 A Trump administration proposal to loosen bear-hunting rules in Alaska has triggered crossfire.

To say the least.

"This is beyond cruel and evil," one public commenter declared.

"This is insane!" opined another.

"HATE TO TELL YOU BUT THE MAJORITY SUPPORT THE RIGHTS OF ANIMALS NO MATTER WHAT SPECIES," wrote a third in all capital letters.

The anonymously irate advocates and many others have been pitching in to a public comment period for the bear-hunting rules that was initially due to expire next Monday but has now been extended to Sept. 6. As of today, at least 76,000 comments have been lodged with the National Park Service (Greenwire, May 25).

Many of the comments on loosening the rules amount to form letters, organized by the National Parks Conservation Association, among others. And they include "a lot of misinformation," Alaska Department of Fish and Game spokesman Ken Marsh said in an interview.

"In general, the rule itself will affect very few people," Marsh said.

In any event, the Park Service’s final decision will not turn on a simple vote tally. Instead, if the Park Service holds firm, the new rules could be locked in by December, and the Alaska hunting fight could then return to another familiar habitat: court.

"We are likely to challenge if the NPS finalizes the rule," Collette Adkins, a senior attorney with the Center for Biological Diversity, said in an email, adding that the new hunting rule "is inconsistent with the statutory mandates governing how those [federal] lands are to be managed."

The current fight echoes some familiar Alaska-related themes, including the perennial tension over land management power and priorities in the remote state, where some 224 million acres — 61 percent of Alaska’s total — are administered by the federal government.

It’s also a fight with singular twists all its own, reflecting specific conflicts between Alaska’s legal authority to manage its fish and wildlife and the Interior Department’s authority over its own domain.

In May, the National Park Service published the proposal to lift restrictions imposed in 2015 on "certain sport hunting practices" on national preserves that are otherwise permitted by the state of Alaska.

Reinstating these tactics by reversing an Obama-era decision hits several targets for the Trump team. It’s consistent with their belief in moving natural resource decisionmaking to the states, it gratifies Alaska’s Republican congressional delegation, and it pleases the sportsmen whom Interior Department officials consider to be their political base.

"Hunting and fishing is a cornerstone of the American tradition and hunters and fishers of America are the backbone of land and wildlife conservation," Interior Secretary Ryan Zinke said last year.

The Park Service’s 2015 hunting restrictions adopted during the Obama administration and now under fire were essentially matched in 2016 by the Fish and Wildlife Service imposing similar limits on 16 Alaska refuges spanning nearly 77 million acres.

For apparently unrelated reasons, the tighter rules coincided with a dramatic drop in the number of bears hunted, according to Alaska Fish and Game data.

In 2014, Alaska residents were issued 5,638 big-game tags for black and brown bears. In 2017, the number fell to 4,285. The number of big-game tags for bears sold to non-residents likewise fell during the same period, with Marsh attributing the decrease to a 2016 jump in fees.

The Obama administration restrictions grated on hunters and Alaskan officials, and Safari Club International filed suit to challenge the two sets of rules on Jan. 19, 2017, the last full day of the administration. The state of Alaska likewise sued, and the consolidated cases have now been stayed until Dec. 12, pending Interior’s rule changes.

"It would make little sense to divert scarce resources to litigating agency decisions that may be altered by final rules that may be issued, particularly when those resources would be diverted from considering amending the very rules that are at issue," Justice Department and Alaska attorneys wrote last month.

Lawmakers, though, also moved on their own to eliminate the Fish and Wildlife Service’s version of the hunting restrictions.

Alaska Republicans deployed the Congressional Review Act, which allows Congress to undo regulations. Using the same law, GOP lawmakers killed other Obama-era actions including the Stream Protection Rule and a Securities and Exchange Commission rule mandating that oil, gas and coal companies disclose payments made to governments, among others (Greenwire, Feb. 14, 2017).

Though the deadline had already passed for a congressional reversal of the 2015 National Park Service Alaska hunting rule change, the Fish and Wildlife Service’s 2016 rule remained vulnerable.

The Congressional Review Act resolution passed the House by a 225-193 vote and the Senate by a vote of 52-47, following a debate matching the one now occuring over the NPS rule change.

"They are not sporting practices, and they violate any understanding of humane values and respect for nature," Beyer said.

The Center for Biological Diversity subsequently sued to challenge the use of the Congressional Review Act, contending it violated separation of powers by letting Congress intrude on executive branch business. An Alaska-based federal judge dismissed the suit last May.

"We are likely to appeal, but have not officially decided yet," said Adkins, the Center for Biological Diversity attorney.

Meanwhile, the National Park Service will review the public comments it receives during the extended comment period. It will then either withdraw the proposal, which seems unlikely, or issue it in final form, possibly with some revisions.

Then the next round will start.