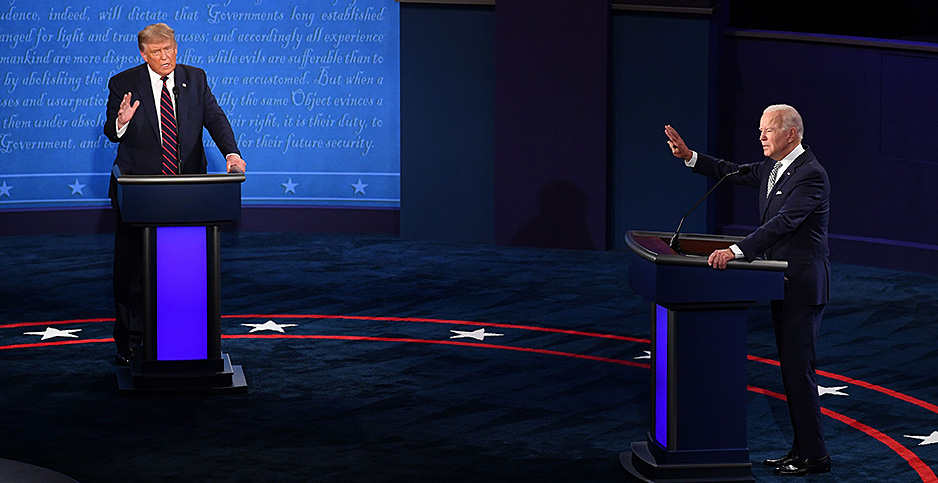 If the moderator of tonight’s presidential debate keeps to her game plan, this year will make history. It will be first time that climate change was discussed in every general election debate.

Global warming was on the short list of questions released by moderator Kristen Welker of NBC News for tonight’s debate at Belmont University in Nashville, Tenn.

The issue was raised when President Trump and former Vice President Joe Biden first clashed on Sept. 29, as well as when Vice President Mike Pence debated Biden’s running mate, Sen. Kamala Harris (D-Calif.), on Oct. 7. The second of three Biden-Trump debates was canceled after Trump was diagnosed with COVID-19.

In previous debates, Trump and Pence have attacked Biden’s climate policy as costly for the average American. Biden and Harris, in turn, have criticized Trump and Pence for denying basic climate science and for refusing to address a crisis that will affect the United States for generations.

The decision by moderators, including Fox News anchor Chris Wallace, to keep returning to climate questions shows how the "politics of climate have changed and this crisis will shape the outcome of the 2020 elections," said Lori Lodes, executive director of Climate Power 2020.

The group is one of several outfits that have urged moderators to include climate change in the debates.

"As climate fires rage across the West, the Gulf Coast suffers from a record-shattering hurricane season, and droughts and extreme heat put the health of communities at risk, people need to know what the candidates will do about it," she said in a statement. "We need moderators to press candidates on their plans to take climate action, and address environmental injustices."

The Trump campaign has complained about climate change and the other topics being included in tonight’s debate — arguing that the discussion should focus on foreign policy.