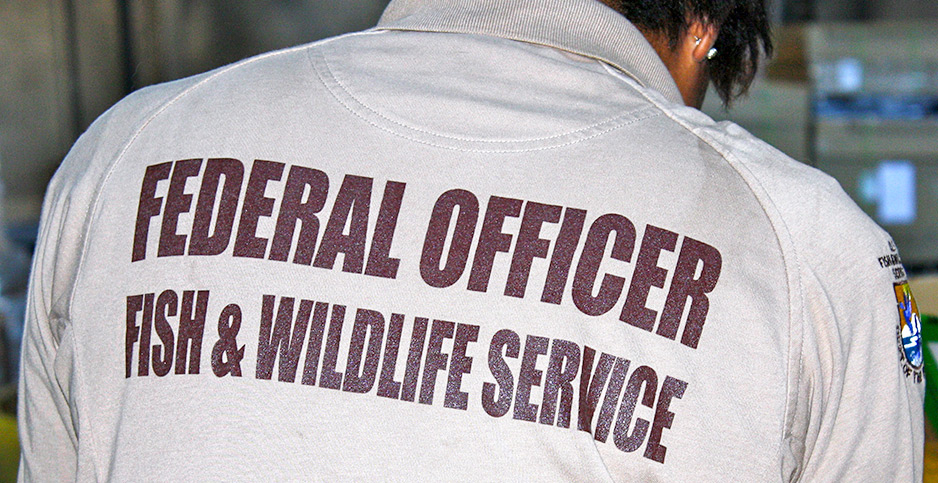 The kind of snitching denounced by President Trump has helped crack key environmental cases, from wildlife smuggling and resource protection to corporate pollution.

Even now, as the embattled president muses on television about outlawing the prosecutors’ practice of "flipping" witnesses, his own administration’s environmental law enforcers are relying on informants to turn on erstwhile partners in crime.

Odds are, they will continue to do so despite Trump’s own self-protective fury. The reason is simple: Snitches know where the bodies are buried.

Now director of the Environmental Law and Policy Program at the University of Michigan Law School, Uhlmann added that "the suggestion that those who cooperate are weak or less noble than holdouts turns reason on its head and undermines our society’s ability to hold criminals accountable for their wrongdoing."

Trump nonetheless called all of this into question when he raged at the actions of his former personal attorney and self-styled "fixer," Michael Cohen. Cohen pleaded guilty this week to eight felony charges and made clear his willingness to talk with investigators about the president.

"This whole thing about ‘flipping,’ they call it … they get 10 years in jail, and they flip on whoever the next highest one is, or as high as you can go. It almost ought to be outlawed," Trump declared on "Fox and Friends." "It’s not fair … and it ought to almost be illegal."

The late Jay Conrad is one who flipped, and Fish and Wildlife Service officials are glad he did.

In November 2012, the Lakeland, Tenn., resident was among those named in a sealed indictment filed in U.S. District Court for the District of Maine. Prosecutors said Conrad had sold between $400,000 and $1 million worth of narwhal tusks (Greenwire, April 2).

Then in his 60s, Conrad faced several decades in prison and a fine of up to $250,000. Instead, he flipped in exchange for leniency. His handlers deployed him against California resident Felix Kha, who ultimately pleaded guilty to five felony counts related to rhino horn trafficking.

"In the course of his cooperation, [Conrad] made consensually monitored phone calls and made an undercover sale of [rhinoceros] horns to … Kha," an FWS special agent recounted in a court filing.

Conrad pleaded guilty to his own charges in January 2014 and was still awaiting sentencing when he died in May 2016.

A snitch by any other name

Snitch is the most derogatory word for a witness, implying someone who has switched sides in hopes of getting out of jail him- or herself: a sneaky cellmate, for instance. A slightly more dignified term is informant, which may entail a paid source. The most virtuous of all is whistleblower, someone who volunteers inside information without being coerced.

"Environmental criminal prosecutions rely on such individuals, for instance in cases like those brought against owners and operators of foreign vessels alleged to have illegally discharged harmful pollution from their ships," noted John Cruden, former assistant attorney general for the Justice Department’s Environment and Natural Resources Division.

Cruden is now a principal at Beveridge & Diamond PC.

With his derisive reference to "flipping," Trump primarily targeted those facing some liability of their own. He is not the only one to hold them in low esteem.

Republican Mike Noel, a veteran member of the Utah House of Representatives, cast one Bureau of Land Management informant in a 2009 artifact case as a "known artifact dealer, drug addict and alcoholic." Noel made the remark while speaking at a May 2018 Senate subcommittee hearing on BLM and Forest Service law enforcement.

And last year, a California blogger named Gary Hunt was arrested after he posted the identities of eight supposed government informants from the 41-day standoff at the Malheur National Wildlife Refuge in Oregon (Greenwire, April 3, 2017).

The government’s use of "mysterious informants are what caused insurmountable doubt in at least one juror" in the first trial of standoff leader Ammon Bundy, one juror told E&E News last year (Greenwire, Feb. 7, 2017).

Prosecutors, too, face potential dangers in using informants; rules must be followed, and entrapment must be avoided.

In 2015, for instance, a federal judge released from prison convicted radical ecology activist Eric Taylor McDavid. McDavid had been sentenced to nearly 20 years in 2007 for an alleged plot to bomb or burn the Nimbus Dam, a Forest Service lab and cellphone towers near Sacramento, Calif.

The government subsequently admitted it had failed to turn over evidence to McDavid’s attorney, including documents revealing the romantic attraction between the paid informant, named Anna, and McDavid.

"I know he’s not necessarily a choir boy, but he doesn’t deserve to have to go through this either," irate-sounding U.S. District Judge Morrison England Jr. said at a Jan. 8, 2015, hearing, according to the transcript.