Trump: ‘Climate change is very important to me’ 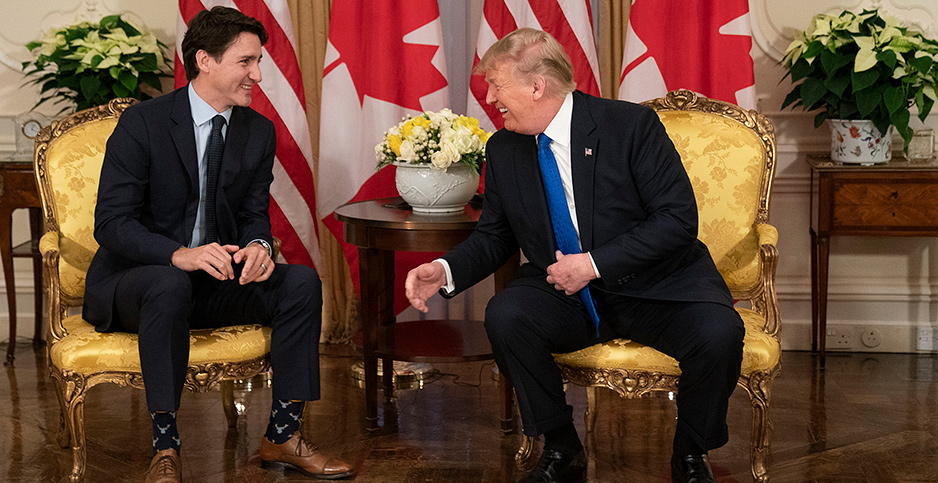 President Trump today said climate change "is very important" to him, despite his long-standing denial of science that shows greenhouse gases are warming the planet and his administration’s rollbacks of emissions regulations.

"Honestly, climate change is very important to me. I’ve done many environmental impact statements in my life, and I believe very strongly in very, very crystal clear clean water and clean air," Trump said this morning during a meeting with Canadian Prime Minister Justin Trudeau. "That’s a big part of climate change."

It was a similar remark to one Trump made at an event last month, when the president said he is "very much into climate" (E&E News PM, Nov. 12).

In the past, however, Trump has called climate change a "hoax" and suggested it doesn’t exist because of unseasonably cold weather.

His comments today may mark a mild change of tone, but they do not appear to suggest any substantive change in Trump’s energy and environmental policy.

While the president has been saying for months that he likes "crystal clear" water and air, he also recently falsely suggested that wind turbines cause cancer and has rolled back dozens of environmental regulations, including some targeting greenhouse gas emissions.

Asked by a reporter this morning whether he was concerned about sea-level rise, Trump changed the subject.