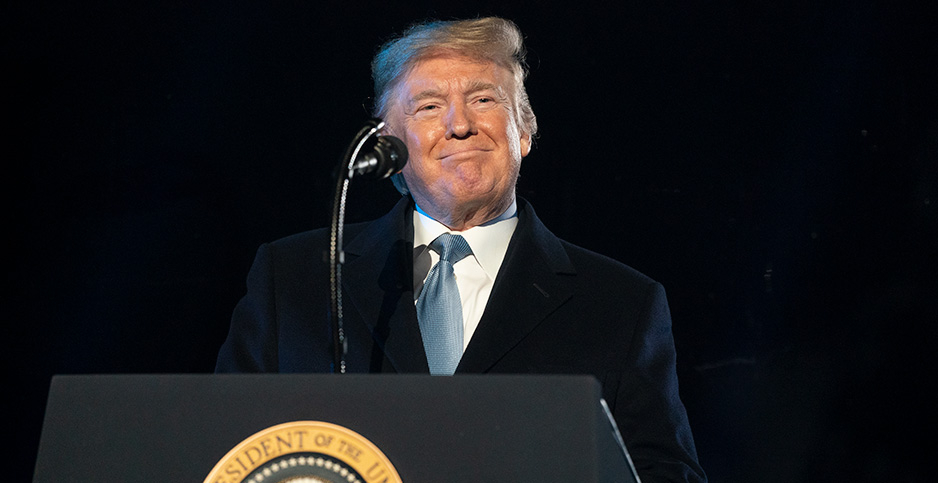 President Trump today complained that Americans have to flush the toilet multiple times and directed EPA to look at "opening up" water standards.

"People are flushing toilets 10 times, 15 times, as opposed to once," he said at the White House at an event on his deregulatory agenda. "They end up using more water."

His comments, which went viral on Twitter, veered from bashing energy efficiency rules of toilets, lightbulbs, showerheads and cars.

The government for decades has required that a variety of household products follow energy-saving standards, an issue that had long enjoyed bipartisan support.

Trump has in recent months expressed disdain for lightbulbs at a time when his administration repealed Obama-era rules. The toilet-flushing complaints seemed to be new.

Trump insisted that at his suggestion EPA was looking "very strongly" at "opening up the standard."

By the White House’s numbers, Trump has cut regulatory costs by more than $50 billion from nearly 400 actions at two dozen agencies. That translates to 7 ½ rollbacks for every new regulation.

The Trump philosophy has been to cut two regulations for every new one implemented. The administration has axed guidance documents — which are weaker than regulations — at high rates, and officials said they have greatly exceeded their two-out-one-in goals.

He continued that the administration is at odds with California, saying the state, in order "to save a tiny amount of fuel, of which we have plenty," has enacted tougher emissions standards on cars.

"We can make cars much less expensive, much better and much stronger and about the same from an environmental standpoint, very close," he said.

Trump said the car companies that are siding with the California standards are the ones "that want to be politically correct."