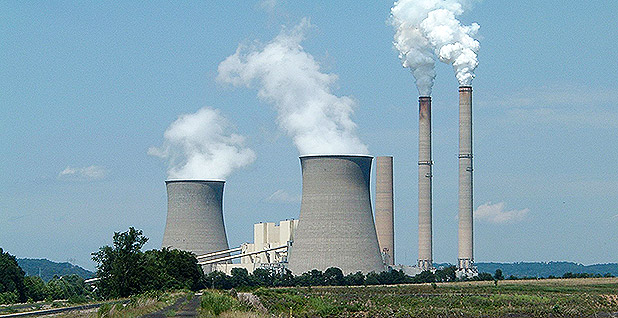 The legal attack is occuring on several fronts, with separate challenges to different aspect of the EPA guidelines — the first update to the standards in more than 30 years.

The battleground is the New Orleans-based 5th U.S. Circuit Court of Appeals, but the rule’s future may be determined in Washington after President-elect Donald Trump takes office next month.

EPA’s response to the rule’s opponents is not due until April.

"We don’t know yet what the Trump administration might do, but we will be watching very closely and be prepared to go to court to keep the rule in place if EPA tries to reverse course," said Thomas Cmar, an attorney at Earthjustice, which is representing environmental groups in the case.

EPA’s original 1982 effluent rule focused on solid material in the power plant discharges, rather than dissolved pollutants like mercury, lead, selenium and other heavy metals, which can remain in the environment for many years.

EPA gave utilities more time to coordinate compliance with the standards and a rule focused on coal ash disposal; litigation over the coal ash rule is pending while congressional industry allies are attempting to give states more control in setting permitting requirements.

Industry, environmentalists and water companies filed a total of seven petitions for review challenging the effluent limitations, which the 5th Circuit combined into one large lawsuit, Southwestern Electric Power Co., et al v. EPA, et al. Environmental groups, which say the rule is too weak, are also defending EPA against the various challenges that industry raised.

The parties filed their initial briefs Monday in the 5th Circuit.

The Utility Water Act Group, Southwestern and other power companies raised several procedural challenges, arguing that EPA withheld critical data, methodologies and analyses that it used to craft the rule under the excuse that they contained confidential business information.

EPA also failed, industry says, to demonstrate that its biological treatment-based limits are technically feasible for all coal plants.

"The regulation is expected to cost the industry billions of dollars and impact our society in innumerable ways," the industry brief said.

In their brief, the Environmental Integrity Project, Waterkeeper Alliance and Sierra Club challenged EPA’s decision to exempt "legacy wastewater" and leachate from the new standards.

Clean Air Act regulations, while successful in reducing air emissions of many pollutants, have resulted in the transfer of pollutants to power plant wastewater, the water associations said in their brief.

"This is a case where the independent operation of the Clean Air and Clean Water acts yielded negative consequences for drinking water users downstream of power plants," said Tracy Mehan, AWWA executive director of government affairs. "EPA needs to address this threat to public health and support drinking water utilities in their efforts to meet the requirements of the Safe Drinking Water Act."

While it’s unclear what the incoming Trump administration would do with the rule, Cmar predicted that it would be difficult to completely get rid of it because of the administrative record that EPA built up in support of the new regulations.

"To weaken the standards at this point," Cmar said, "EPA would have to reopen the administrative process and present very good reasons why its original findings are not valid, which we don’t think they’ll be able to do."

Even if the new administration stops defending the rule in court, environmentalists are ready to continue the legal fight, Cmar said.

"Our hope is that EPA will join us in continuing to defend these standards," he said.