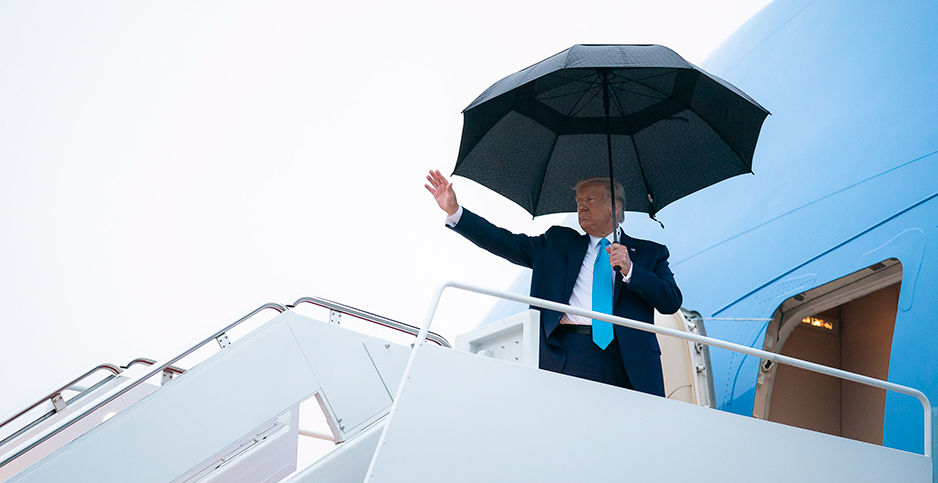 The Trump administration has denied California’s request for a disaster declaration for some of the state’s wildfires, setting off a high-stakes standoff between the White House and the Golden State.

Granting such a request provides federal support for rebuilding and, importantly, funding to address damage. It also triggers the involvement of the Federal Emergency Management Agency.

The White House signaled that the dispute appears to be over damage estimates. President Trump "quickly approved" a wildfire relief declaration for California earlier this summer, White House spokesman Judd Deere said in an email, and made additional assistance available this week.

"The more recent and separate California submission," Deere said, "was not supported by the relevant data that States must provide for approval and the President concurred with the FEMA Administrator’s recommendation."

"The state plans to appeal the decision and believes we have a strong case that California’s request meets the federal requirements for approval," Brian Ferguson, a spokesman for the Governor’s Office of Emergency Services, said in an email.

The request included the Creek Fire in Madera and Fresno counties, one of the state’s largest, which continues to rage and is only 58% contained.

Since the fires are still burning, it has been difficult to conduct thorough damage assessments, the request said. But it did provide an "eligible known damage" estimate of more than $346 million, including infrastructure damages exceeding $229 million.

Newsom added that the state is cash-strapped due to economic impacts of the COVID-19 pandemic. The state began 2020 with a $5.6 billion budget surplus and now has a $54.3 billion deficit.

"The severity and magnitude of these fires," Newsom wrote, "continue to cause significant impacts to the State and to the affected local jurisdictions, such that recovery efforts remain beyond the State’s capabilities."

The September request came after Newsom sought — and the White House granted — a major disaster declaration a month earlier for other wildfires.

California continues to be besieged by its worse wildfire history in known history. More than 4.1 million acres has burned, and the state’s wildfire season typically stretches through the winter.

State officials, however, have tussled with Trump over the role climate change has played in the wildfires. The president visited California for a briefing on the fires in September and was challenged on the effects of climate change, which most research suggests has contributed to their severity this year.

The president has also frequently criticized California’s forest management, leading to criticism from Newsom and others who point out the vast majority of the state’s forests are federally owned.

He has also made several recent bids for votes from Californians on Twitter. Yesterday he criticized the state’s taxes, crime, brownouts and coronavirus lockdowns and said, "VOTE FOR TRUMP, WHAT THE HELL DO YOU HAVE TO LOSE!!!" On Monday, he said, "California is going to hell. Vote Trump!"

California continues to face challenging weather conditions that are providing no relief.

Utilities in Northern California shut off power to tens of thousands of residents in an attempt to prevent any sparks that could set off fires in dry, windy conditions (see related story).

Federal forecasters yesterday also confirmed a La Niña weather pattern in the Pacific Ocean is likely to extend through the winter, which typically brings drier, warmer temperatures to much of California (Greenwire, Oct. 15).