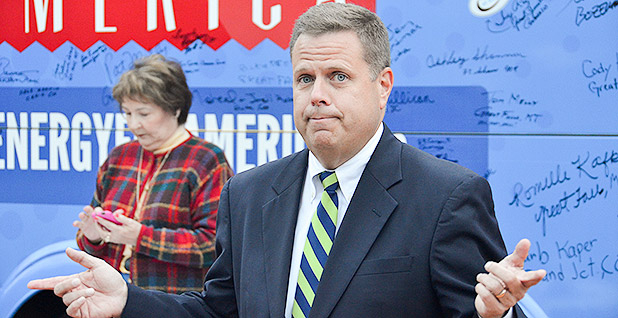 McKenna, who worked in legislative affairs, said his departure was due to a "complaint lodged against him."

The White House did not immediately respond to request for comment. McKenna said he resigned, leaving one month earlier than originally planned.

"I have been told that it refers to a statement or statements I may have made while on the grounds. While I question the veracity and motive of the underlying complaint, as well as the lack of due process, I remain, as I have been, loyal to the President, and I served at his pleasure," McKenna wrote.

"All that being said, I sincerely regret any offense that I may have given to anyone while working at the White House, and I wish the whole team the very best," McKenna added.

McKenna joined the White House last October to serve as deputy assistant to the president on energy and environmental issues (Energywire, Oct. 25, 2019).

He launched MWR Strategies 15 years ago to lobby for energy companies and the energy sector. In 2016, he also briefly led President Trump’s transition team for the Department of Energy.