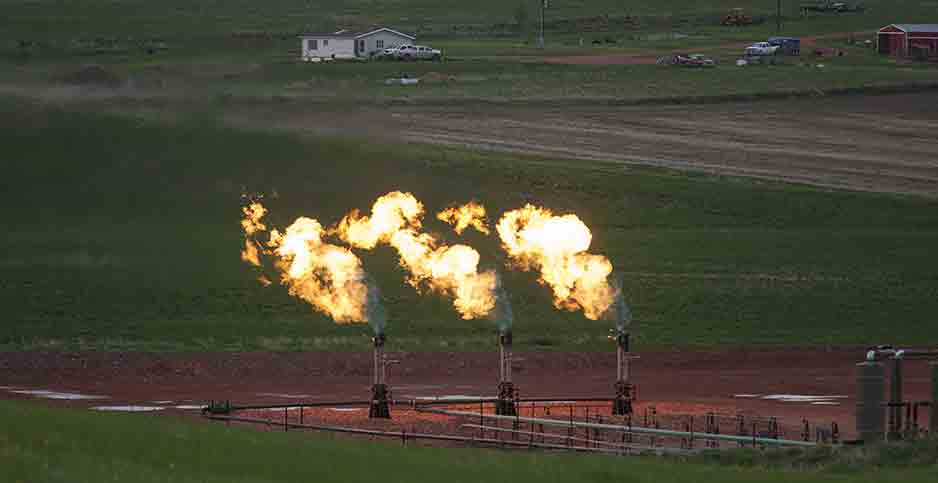 EPA’s move this month to kill federal methane controls for oil and gas could do more than just make it easier for the greenhouse gas to enter the atmosphere. It could also make it harder for the agency to use the Clean Air Act to regulate in the future.

That’s because EPA’s decision in mid-August to roll back Obama-era methane rules includes new guardrails on how EPA can use the Clean Air Act (Energywire, Aug. 14).

Specifically, it asserts that before EPA can use the Clean Air Act to limit a new pollutant from a new source category — such as power plants, manufacturing or petroleum development — the agency first must prove that sector is a significant source of whatever pollutant EPA would regulate.

The additional requirement — if it survives court challenges — could slow, or even deter, EPA rulemaking.

That could prove especially true for regulation of greenhouse gases, where even high-emitting sectors in the United States supply a tiny percentage of the global atmosphere’s load of carbon dioxide, methane or other gases.

EPA has said it plans to issue proposed criteria later this year.

"They’re talking about providing regulatory certainty and providing a clearer framework, but they seem to be failing to consider that it could undermine the purpose of the Clean Air Act — that is to undermine its ability to protect public health and welfare and to continuously improve the country’s air quality," said Hana Vizcarra, a staff attorney with the Harvard Law School Environmental & Energy Law Program. "It’s an opportunity to not regulate."

EPA asserted in its methane rule this month that the Obama-era regulation failed to provide a valid "significant contribution finding" to justify its decision to regulate oil and gas for methane, a powerful greenhouse gas. That was one of the reasons the Trump administration gave for rescinding it.

EPA has never had a metric for what constitutes a "significant contribution" justifying regulation. If EPA makes good on its pledge to propose one later this year, it would be for the first time.

Some conservatives and industry advocates say the agency should always have had some kind of metric for when regulation is warranted.

Patrick Traylor, a former EPA deputy assistant administrator under Trump, said a pollutant-specific finding is needed to discourage EPA from regulating pollutants with "insignificant" or "mere" contributions — something he said the Clean Air Act prohibits.

On methane, EPA under Obama noted that natural gas and petroleum systems are responsible for nearly a third of U.S. human-caused methane.

Trump’s EPA hasn’t yet defined the metric it would use for potential regulation.

But the methane rule’s preamble gives some clues.

While oil and gas account for 32% of U.S. human-caused methane, the rule notes that they only encompass 3.4% of total U.S. emissions of all greenhouse gases, including carbon dioxide, and only 1% of global greenhouse gas emissions.

"The EPA acknowledges that depending on the criteria that it adopts to support a [significant contribution finding] in the future, such a relatively small contribution to the national and global pool of methane emissions may not be deemed significant," the rule’s preamble states.

As an agent of climate change, methane is 80 times more powerful than carbon dioxide over a 20-year window.

Vizcarra said the wording of the Trump administration’s move on methane "follows their pattern of slicing and dicing their regulatory authorities" to justify deregulation.

The rule deregulates transmission and storage — which were covered under the Obama rule — and employs an equation for climate damage done by methane that looks only at impacts within the United States. The intent is to support a cost-benefit analysis that doesn’t demand tougher regulations, Vizcarra said.

But environmental attorneys insist that the Clean Air Act doesn’t mandate that EPA propose any specific criteria for assessing a source category’s pollution output ahead of regulation. Instead, they say, it gives the EPA administrator broad discretion to decide what pollutants from what emitters can reasonably be anticipated to endanger human health and merit regulation, once a finding has been made for the source category as a whole.

David Doniger, a veteran litigator on the Clean Air Act and climate issues for the Natural Resources Defense Council, said EPA Administrator Andrew Wheeler and his team are relying on provisions in the Clean Air Act that aren’t there.

"The statute could say — but does not — that EPA should establish thresholds for what amounts to significant contribution," Doniger said.

"EPA has a choice," he said. "EPA could lay out the criteria in advance if they want to, or it can make decisions case by case, rule by rule."

Doniger said anti-regulatory advocates have tried unsuccessfully in the past to argue that climate regulations aren’t warranted unless they solve a sizable percentage of the global warming problem.

It’s a gambit that failed in Massachusetts v. EPA, the 2009 case that established EPA’s duty to regulate greenhouse gases under the Clean Air Act. And the Supreme Court declined to hear the 2012 case Coalition for Responsible Regulation v. EPA, which argued that EPA needed to establish an emissions threshold to trigger regulation.

Doniger was skeptical of EPA’s promise to develop guidelines for significant contribution findings later this year.

"They’ve had four years, and here they are in the eighth month of the fourth year, and they’re finally figuring out what their line of attack is going to be," he said.