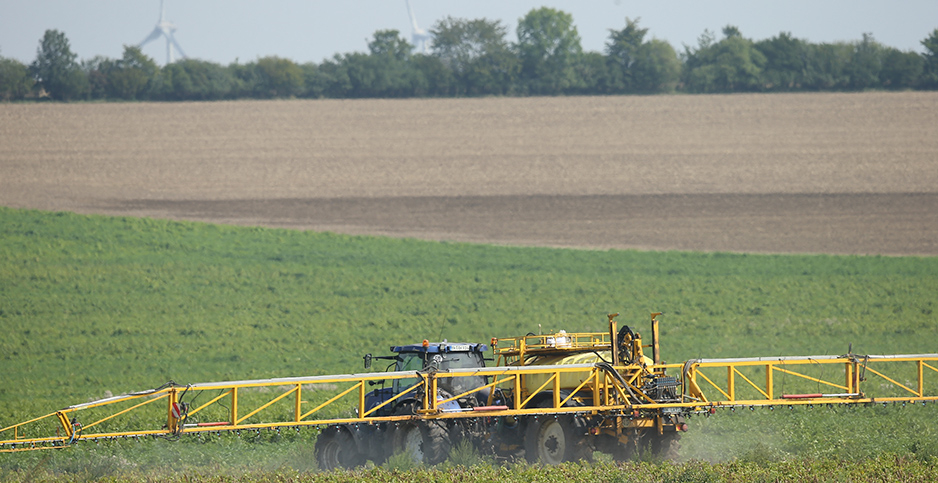 Trump EPA officials purposely veered from the agency’s principles of scientific integrity to approve continued use of the weedkiller dicamba on genetically modified crops, the agency has admitted.

In a written response to an internal watchdog report, issued today, the agency said it bypassed normal procedures in approving dicamba in 2018 because "past senior leadership consciously chose to advance a policy outcome in a manner inconsistent with the Scientific Integrity Policy."

At issue is EPA’s decision that year to extend the registration of three dicamba products in certain uses despite its reputation for drifting into neighboring fields and killing crops that aren’t genetically modified to withstand it. Several million acres of soybeans and other crops and plants have been damaged this way, according to groups fighting its continued use.

More recently, some researchers have linked dicamba to liver cancer and other types of cancer. The EPA Office of Inspector General report focuses on spray drift, however, which was the main point of debate during the renewal process.

According to the report, the agency extended the registrations without the required scientific peer review and with more involvement than usual from senior staff in the Office of Chemical Safety and Pollution Prevention.

"This led to senior-level changes to or omissions from scientific documents," the IG report said. "For instance, these documents excluded some conclusions initially assessed by staff scientists to address stakeholder risks. We also found that staff felt constrained or muted in sharing their concerns on the dicamba registrations."

The agency’s decision to bypass those procedures led directly to a loss in court, when the 9th U.S. Circuit Court of Appeals in June 2020 ruled that EPA had violated the Federal Insecticide, Fungicide and Rodenticide Act by understating or failing to acknowledge dicamba’s risks, the IG found.

That decision temporarily stopped dicamba’s use on genetically modified crops, while allowing other uses to continue (Greenwire, June 4, 2020).

Last October, EPA said it would extend use on genetically engineered crops for another five years, with increased requirements for buffer zones around fields where it’s applied, as well as set a national cutoff date each season for use on those crops. Then-Administrator Andrew Wheeler noted farmers’ reliance on dicamba, without which weeds could take over some fields (E&E News PM, Oct. 27, 2020).

In today’s report, the IG office recommended that EPA require senior managers or policymakers to document changes to scientific opinions or analyses, along with the basis for those changes and to require an assistant administrator-level verification statement that scientific integrity policies were adhered to in pesticide registration decisions. EPA said it agreed with those recommendations.

In its response, however, EPA said that such training was already in place and that, essentially, its own leadership ignored the lessons in order or approve dicamba.

In conducting the review, the IG office said, scientists described an atmosphere in which questioning the renewed registration seemed unwelcome. And agency scientists appeared to lose faith in their leadership at the agency.

"Scientists told us that following the internal review process would not have made a difference in this case due to significant involvement of senior management. We also found that some scientists did not sign off on final documents they drafted for the registration decision due to revisions made by OCSPP senior managers," the IG office said.

In one case, according to the IG, an EPA scientist reported being told by senior management to rely on drift-related data from the companies that sell it — Bayer CropScience and BASF — rather than on information from EPA’s own sources.

That decision may have contributed to the loss in federal court, the IG said, because the 9th Circuit decision said the agency had understated the risks. "Divisional scientists told us their original source data would have addressed the court’s concerns."

Dicamba was first registered in the 1960s, but farmers used it mainly on fields early in the season before planting crops. That changed in 2016, when EPA approved it for use on cotton genetically modified to survive exposure. A similar approval for genetically modified soybeans came in 2017.

The "over-the-top" use allowed for application when crops were growing — and drift onto fields with crops that hadn’t been modified became much more noticeable. Farmers reported as much as 3 million acres of traditional soybeans destroyed by dicamba.

EPA under the Trump administration, however, disputed that any agreement had been reached on the cause of the damage.

"There is a lack of scientific consensus regarding the cause of these reported incidents," the agency said in October 2018 when it approved the extended registration on soybeans and cotton.

"Input from state agencies, farm bureaus, associations, industry, farmers, and non-governmental organizations indicate that causes could include poor adherence to the label (e.g., not following the label or use of an older more volatile formulation), physical drift, tank contamination, temperature inversions, and/or volatility," the agency said at the time.

The worst damage was yet to come. In 2020, as the case moved through the 9th Circuit, Iowa suffered its worst season for dicamba drift. "In many fields the injury is fence row to fence row," the Iowa State University extension service said last July. "This is not the type of injury we have observed in the past; it’s at a landscape level."

On March 10, the Office of Chemical Safety and Pollution Prevention’s chief of staff, Tom Tyler, followed up on the issue in a memo to staff, which he sent on behalf of acting Assistant Administrator Michal Freedhoff. The agency attached the memo to its response to the IG report.

"Over the past few years, I am aware that political interference sometimes compromised the integrity of our science," Freedhoff said, citing the actions on dicamba as an example.

He continued: "This is a new day, about communication, trust, transparency and the importance of science in our regulatory decision-making process. All of us are responsible for ensuring the scientific integrity of our work. All of us are responsible for creating a work environment where everyone feels free to speak up without fear. To this end, I encourage you to read the Scientific Integrity Policy. I encourage you to browse the Office of Scientific Integrity Intranet Page and refresh your knowledge by studying their resources and whiteboards."