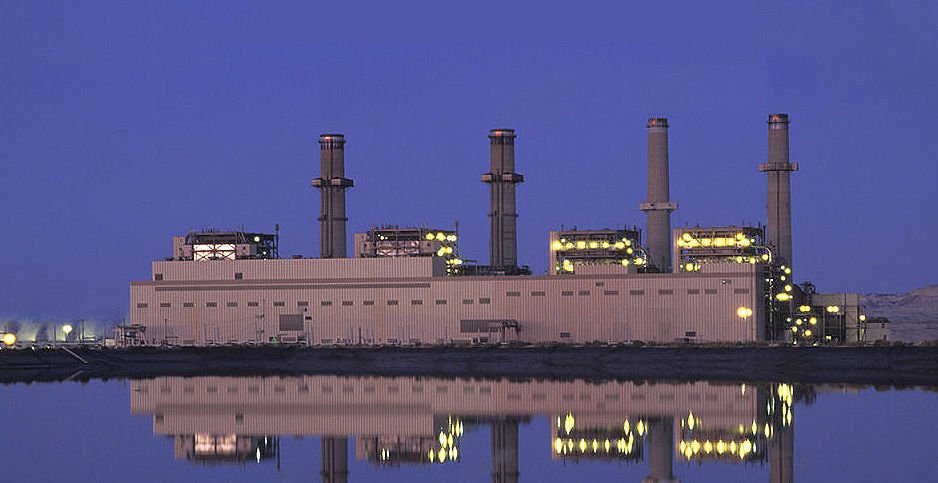 The fate of two coal-fired units at the San Juan Generating Station is a subject of debate in New Mexico. PNM Resources

President Trump has tried and failed to revive the coal industry.

Now, a series of coal-reliant states and communities are stepping up to try to save the plants and mines that have long powered their economies.

The moves come after a near-record number of coal retirements in 2018 and amid warning signs that several of the country’s largest coal facilities may be in danger of closing (Climatewire, Jan. 2).

The trend is particularly evident in the western United States, where most utilities operate as regulated monopolies and decisions over power plants’ fate are subject to the approval of state regulators.

In Montana, lawmakers are considering a bill that would allow a local utility to increase its ownership stake in the Colstrip power plant, in a bid to prolong the life of one of the West’s largest coal facilities.

Wyoming legislators have approved a bill requiring utilities to market their coal plants to potential buyers before shutting them down (Climatewire, Feb. 15). And in New Mexico, a small city is turning to a New York-based holding company in an attempt to prevent closure of San Juan Generating Station, one of the state’s largest coal plants.

"The decline in coal is still largely market-based because of low gas prices. But you’ve also seen this shift away from utilities for various reasons, like state-level policies and EPA policies like ELG [effluent limitations guidelines] or the coal ash rule," said Joe Aldina, director of coal analytics at S&P Global Platts. "In the absence of things getting done at the federal level, it makes sense for some states to move forward with policy."

‘The divide that is happening’

Coal plants have long served as the backbone of the West’s electric grid but are often the single largest source of carbon pollution in their respective states.

Colstrip alone is a roughly 2-gigawatt facility, capable of producing enough electricity to power 1.5 million homes from its perch on Montana’s eastern prairie. It also posted carbon emissions of 14.4 million tons in 2016, or almost half of the 30.5 million tons emitted in all of Montana that year, according to federal figures.

That has prompted a rift in recent years between coal-reliant communities and their increasingly green consumers in neighboring states.

Washington state utilities have long been a principal buyer of electricity generated at Colstrip.

Lawmakers in Olympia, the Washington capital, are now advancing a bill to completely decarbonize the state’s electricity sector and pull the plug on all coal-generated power by 2025 (Climatewire, Feb. 12).

PacifiCorp, a power company serving six Western states, is also a Colstrip owner that serves part of Washington. But the Portland-based utility also finds itself caught between climate-conscious Oregon, where lawmakers are considering a carbon cap-and-trade bill and already passed a law to speed the transition from coal, and Wyoming, where much of its power is generated.

The divide is also on display within New Mexico, where a push from newly elected Gov. Michelle Lujan Grisham (D) to bolster renewables and slash emissions has substantial support. But provisions that could affect legacy generation have met resistance from coal-reliant communities like Farmington, which is near the San Juan plant and the Four Corners power plant.

"I want children to be able to go to school here in New Mexico and graduate from college and want to stay in New Mexico," said Farmington Mayor Nate Duckett. "And right now, they’re leaving in droves."

The city recently signed a letter of intent with Acme Equities LLC to allow the parties to work toward an agreement to keep the San Juan operating beyond a potential 2022 retirement date.

Closing the 847-megawatt plant could affect hundreds of workers combined at the plant and a nearby mine, though some could retire or move to other jobs or stay for a while. City estimates project that the proposed deal could potentially save 1,600 jobs, although that appears to include direct and indirect positions. The city’s efforts to seek a new plant owner stem from Farmington’s current position as a partial owner.

Public Service Company of New Mexico (PNM), a regulated utility with plans to be coal-free by the end of 2031, issued a statement saying it was "surprised" by the announcement from Farmington and Acme. The utility said it would continue to work with other San Juan owners "in accordance with their agreements to plan for a shutdown of the coal plant in 2022, subject to necessary regulatory approvals."

Wyoming lawmakers were concerned PacifiCorp might take a similar stance regarding its four power plants in the state after the company released a study last year showing that most of its coal plants were uneconomical (Climatewire, Dec. 5).

The resulting bill would require the company to market a plant it attempts to retire early. If a buyer can be found, the utility would be required to buy back the power from its former plant. The power company would be able to earn a rate of return on the contract, provided it didn’t raise costs for Wyoming ratepayers.

Critics are nonetheless doubtful that the measure won’t lead to a spike in rates. It will ultimately be up to Wyoming regulators to decide if the contract comes at an additional cost, they note.

Jason Shogren, an economics professor at the University of Wyoming, likened the state and local efforts to social programs like Medicare and Medicaid, state-sponsored efforts to alleviate fallout from market trends. He argued that Wyoming consumers are likely to pay more for energy to blunt the economic devastation wrought by coal’s decline.

"These transitions — the Rust Belt was a transition, Detroit is a transition — don’t offer a buffer because the market is trying to find the least-cost option," he said. "The question is, do you want to chip in the form of higher energy costs to help your friend and neighbor?"

It’s a persistent concern. In New Mexico, the Sierra Club recently highlighted an analysis conducted for it by Synapse Energy Economics suggesting renewables, batteries and energy efficiency could be the least-expensive option for PNM to replace coal-fired power from San Juan.

"We have to keep up with global economics," said Camilla Feibelman, director of the Rio Grande Chapter of the Sierra Club. "We have to stop global climate change. And we have to help New Mexico transition into the renewable future."

Similar concerns have been raised in Montana, where lawmakers are debating a bill that would enable NorthWestern Energy to increase its ownership stake in Colstrip.

The power company is one of six with an ownership interest in Colstrip. Four of those owners serve out-of-state customers and now appear set for an early exit from the facility, as part of efforts to satisfy new or proposed laws in Oregon and Washington.

That leaves two utilities. One is Talen Energy, a merchant electricity provider and the plant’s operator. The other is NorthWestern, a local utility with a 30 percent stake in one of the plant’s four units.

The bill under consideration by Montana legislators would allow NorthWestern to buy its peers’ shares for $1, but obligate Montana customers to pay for all future costs associated with the plant.

The state’s Consumer Counsel has objected to that provision. In testimony to lawmakers, Jason Brown, an official in the counsel’s office, warned that it could shift all the future risks associated with the plant to Montana ratepayers.

NorthWestern supports the bill, saying there is a growing need for reliable sources of power in the face of coal retirements across the West. Jo Dee Black, a spokeswoman for the utility, said it would only buy enough power to serve its reliability needs.

The bill faces an uncertain future. The proposal has divided Democrats and Republicans alike, and it faces an uncertain fate before Gov. Steve Bullock, a Democrat who has been supportive of efforts to help Colstrip in the past. Bullock is now mulling a presidential run and this year’s proposal. An attempt to save a large coal plant likely would not play well with Democratic primary voters, observers said.

A Bullock spokeswoman did not return multiple requests for comment yesterday.

State lawmakers are now considering the "Energy Transition Act," a bill aimed at greening the state’s grid and supported by Lujan Grisham. For an investor-owned utility such as PNM, the renewable standard would climb to 50 percent by 2030 and 80 percent by 2040. The legislation also could enable funding for worker assistance and help shape potential replacement resources as well as bonds that could be issued in light of the planned closing of San Juan.

PNM has signaled it is supportive of the legislation.

"The Energy Transition Act takes PNM out of our comfort zone, but we also know the change New Mexico needs and our customers have asked for is far too important to let that prevent us from stepping up to this challenge," the company said in a statement.

But PNM Resources Inc., PNM’s parent, appeared to downplay the plant rescue attempt in a conference call with investors yesterday. Chief Financial Officer Chuck Eldred said the company would "in no way accept" a power purchase agreement or any continued "involvement after 2022 for San Juan."

One financial analyst drew laughter by saying he had "the coyote" in his head when he heard Acme was the name of Farmington’s partner. That was a reference to a brand that popped up in old cartoons.

"And for you younger folks, that’s Wile E. Coyote," said CEO Pat Vincent-Collawn of PNM Resources. "So look it up."

Efforts to obtain comment from Acme this week about its San Juan plans weren’t successful. The letter of intent includes a nonbinding appendix with possible closing conditions. One of those is having certain power purchase agreements. Another raises the idea of a tax holiday.

Ultimately, only Wyoming’s efforts may prove successful in providing some assistance to coal. S.F. 159 has already passed the House and Senate, and Gov. Mark Gordon (R) has indicated support for the measure.

Lingering over all the rescue attempts is the cautionary tale of Navajo Generating Station.

In 2017, four utilities with a stake in the 2.2-GW plant announced they were closing the coal behemoth on Arizona’s high desert at the end of 2019. Peabody Energy, the plant’s coal supplier, mounted a furious campaign to save the facility. The Trump administration pledged support. Congress took up an unsuccessful bid to help the plant.

But even Peabody has grown pessimistic. Earlier this month, the company told investors it was planning to retire the mine serving the massive power plant.