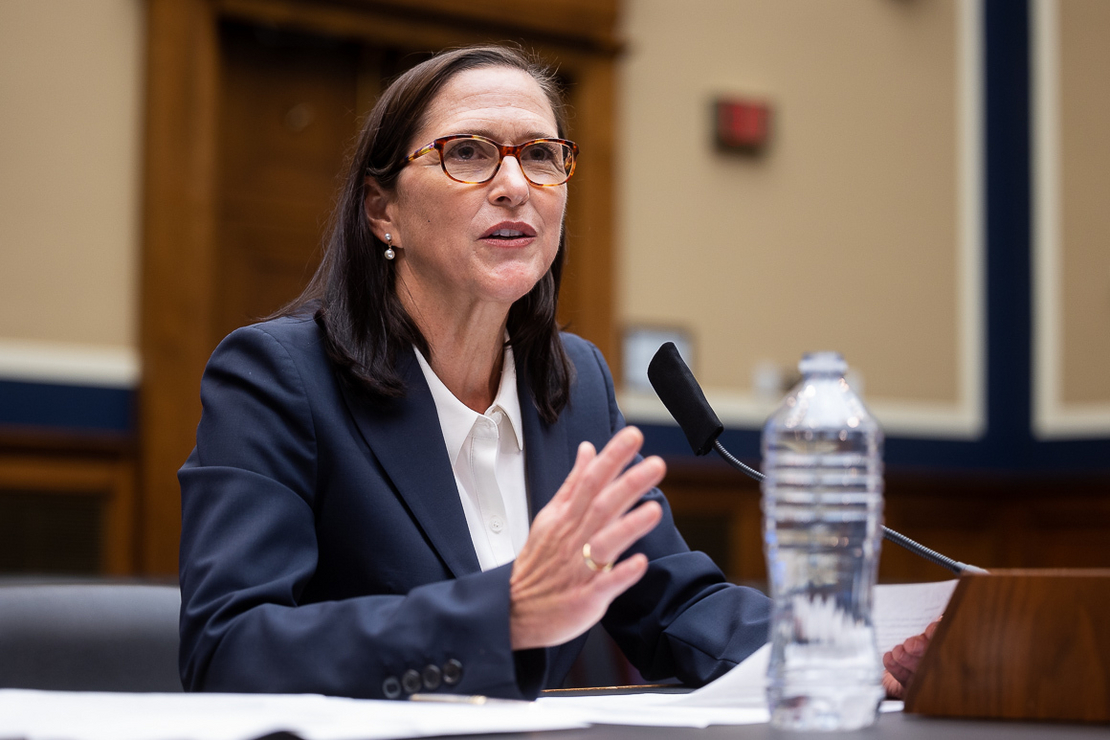 The controversial leader of a small but key federal agency devoted to addressing dangerous chemical crises has submitted her resignation following several years of upheaval and scrutiny.

Katherine Lemos, chair of the Chemical Safety and Hazard Investigation Board, quit her position last Friday, in news first reported by Bloomberg. In a letter reviewed by the publication, Lemos indicated she felt out of sync with the broader board, which is meant to have five members but currently has two given the now-outgoing chair.

“Recent priorities of the Board have eroded my confidence in our ability to focus [on the task at hand],” Lemos wrote.

Shauna Lawhorne, a CSB spokesperson, confirmed the resignation to E&E News but did not offer further comment or indicate who might be overseeing Lemos’ duties in the wake of her departure.

Lemos was reportedly joined in her exodus by Bruce Walker, a senior adviser. Both Lemos and Walker generated significant backlash during their tenure with the board, bringing the already beleaguered regulatory agency under increasing strain. Former President Donald Trump nominated Lemos to a five-year term, and she was confirmed in 2020.

A former Northrop Grumman official, Lemos has a long history with the aerospace sector in various roles and advocacy groups have consistently worried about her ties to industry. Walker similarly worked for Northrop Grumman and was appointed by Trump in a last-minute move that concerned the administration’s critics (Greenwire, Nov. 18, 2020).

CSB, which operates independently of EPA and oversees national responses to chemical disasters, struggled significantly under the Trump administration, which repeatedly sought to dissolve the board and halt its funding. Lemos became the board’s only member for a time as staffing shortages began to tick up at the agency.

During that time, she courted major controversy. Last year, the group Public Employees for Environmental Responsibility (PEER) obtained and circulated spending receipts showing Lemos had spent tens of thousands of dollars on expenses including furniture, airfare and hotels. She also issued a board order giving herself authority over CSB’s spending and budget preparation, among other key powers (E&E News PM, May 11, 2021).

In the backdrop of those revelations, CSB has meanwhile been mired in other problems, with the agency struggling to perform its key functions. EPA’s inspector general has repeatedly underscored CSB’s backlog of cases and lack of staff as severe impediments to addressing national chemical disasters. That criticism has drawn attention from lawmakers, who have heavily scrutinized the agency and investigated whether it is meeting its regulatory obligations (E&E Daily, Sept. 30, 2021).

PEER Executive Director Tim Whitehouse said via email this morning that he hopes the end of Lemos’ tenure will help address some of the problems plaguing CSB.

“The resignation Katherine Lemos is a positive first step in rebuilding the [agency],” said Whitehosue. “The Board has been mismanaged under her reign and she rightfully lost the confidence of those around her.”

The Biden administration has sought to fill open positions on the board, putting forward three candidates last year. Two of them, Sylvia Johnson and Steve Owens, easily sailed to confirmation. A third, Jennifer Sass, has struggled to gain support from Republicans amid backlash over tweets that have criticized both the chemical industry and the Trump administration (E&E Daily, Sept. 27, 2021).

Sandoval, who earned her law degree at Stanford University, focuses on several areas including energy, antitrust and contract law. She previously served as the first Hispanic woman to lead the California Public Utilities Commission and has also worked on communications policy within the Federal Communications Commission. It is unclear when Sandoval’s nomination will be considered by the Senate.