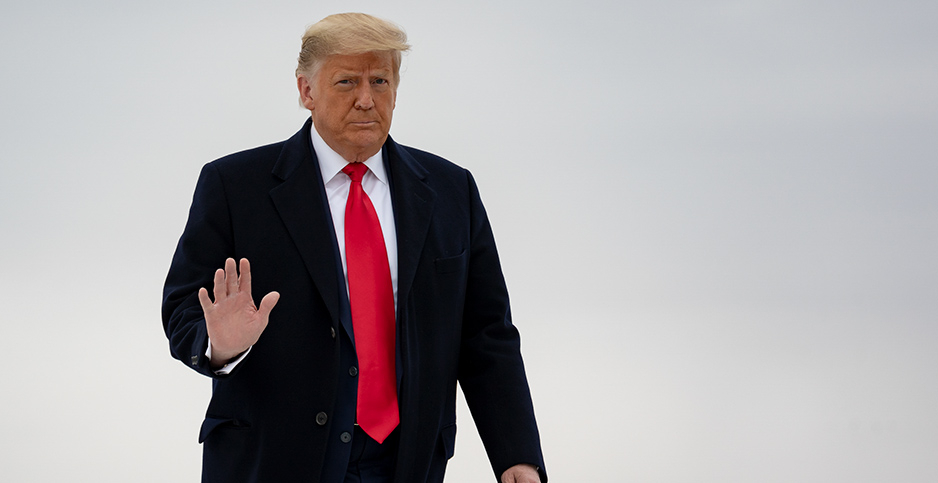 President Trump, seen here during a trip to Texas last week, issued a series of executive orders in recent days, including on regulations. Shealah Craighead/White House/Flickr

The orders, part of several the outgoing president issued on Martin Luther King Jr. Day, are a bookend for Trump’s regulatory legacy, which critics say was thick on fanfare and thin on substance.

The first order would prevent career staff from signing off on rulemakings.

"The American people, in electing the President, thereby have a role in choosing the individuals who govern them," the order reads. "However, some agencies have chosen to blur these lines of democratic accountability by allowing career officials to authorize, approve, and serve as the final word on regulations."

Jennifer Nou, professor at the University of Chicago, thought the order was "likely a lot of bark with little bite." In a tweet, she lauded the concept of increasing political accountability but noted that even when political appointees delegate rulemaking authority down the chain, career staff are "unlikely to sign off on policy changes that would be opposed by those above."

Propagating the idea that the federal government lacks "accountability" is common among Republicans, and the order creates the illusion that "low-level bureaucrats are running around drunk with power, causing havoc," noted James Goodwin, a regulatory analyst at the Center for Progressive Reform.

The order also sets up a land mine for President-elect Joe Biden, should he repeal it. Republicans could accuse him of undermining political accountability, even if that’s not true.

It is unclear whether the order applies to guidance documents, which are often — appropriately — handled by career staff, Goodwin added. He argued it would be a bad idea for political appointees to oversee guidance because that could "gum up the works" and make life more difficult for the agency and industry.

It follows several Trump actions intended to rein in administrative enforcement, including related to environmental crimes.

Several Trump initiatives carried out in the final year of his presidency sought to weaken enforcement by increasing the burden on the government in administrative cases. They laid the groundwork for diluted enforcement and could have had a considerable impact had Trump won a second term (Greenwire, Sept. 1, 2020).

Matt Kent, a regulatory scholar at left-leaning Public Citizen, said the "last day dump" could be designed to undercut Biden enforcement right out of the gate, even if it won’t last long.

Reached for comment, another expert said he didn’t care much about the orders, doubting any Trump order would survive Biden.