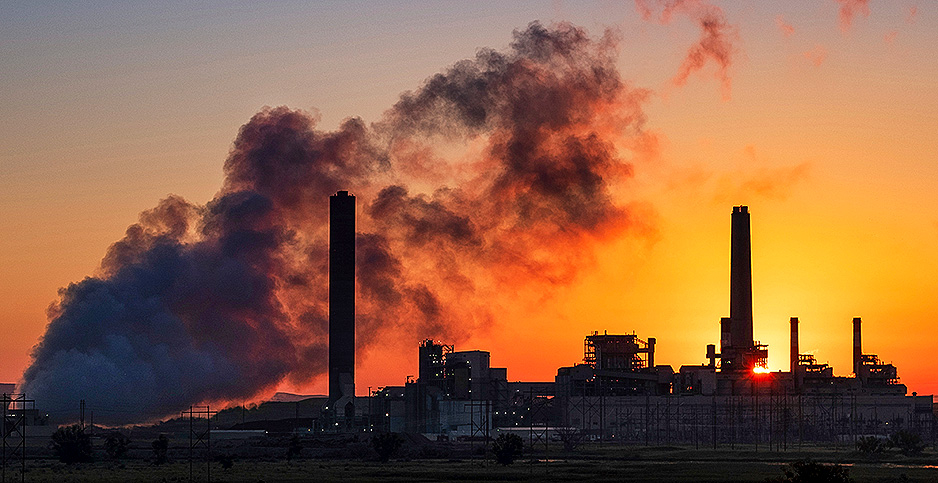 The proposed Affordable Clean Energy, or ACE, rule would set guidelines for states to curb emissions by focusing strictly on efficiency improvements. The new rule — if finalized — would be a significant departure from the Obama administration’s Clean Power Plan, which took a systemwide approach to cutting greenhouse gases.

Today’s proposal marks a major victory for critics of the Obama administration’s approach, who waged an epic legal battle that kept the Clean Power Plan from taking effect. It also sets the stage for another protracted fight over a rule that President Trump’s critics argue won’t bolster U.S. efforts to combat climate change and will lead to more deaths and other public health problems.

EPA’s acting Administrator Andrew Wheeler today touted the proposal as a "re-balancing" of power between the states and the federal government.

"[ACE] respects the rule of law and enables states to build affordable, clean and reliable energy portfolios. ACE operates within the four corners of the Clean Air Act. The error of top-down, one-size-fits-all federal mandates is over," Wheeler said in a call with reporters this morning.

The Trump administration maintained the proposed rule would lead to significant reductions in emissions but would do so by following their interpretation of agency authority under the Clean Air Act. The new plan would provide guidelines for slashing greenhouse gas emissions but does not include a minimum requirement for carbon emission reductions. The proposal more closely resembles the way the agency regulates some other types of air pollutants.

Meanwhile, EPA’s role would be to create a framework for regulation based on the "best system of emissions reductions." This would include recommendations and a list of technologies that can be applied at the source of emissions at the power plant. This is in contrast to the Clean Power Plan, which considered reducing emissions across the power grid, a move the Trump team has called an illegal overreach.

If the rule is finalized, states will have three years to draft state plans, which would then have to be approved by EPA. The agency would have a year to review state plans. The proposal follows a similar approach to how EPA already regulates other pollutants, like ground-level ozone and fine particulate matter.

Wehrum said the rule would cut carbon emissions at a level similar to the Clean Power Plan.

The agency estimated the rule would cut CO2 emissions by between 13 million to 30 million short tons compared to a business-as-usual approach with no Clean Power Plan. EPA compared the annual emissions reductions to the equivalent of 5 million cars taken off the roads. The rule would also cut other power plant pollutants like nitrogen oxides and fine particles by up to 2 percent.

At the same time, Wehrum cautioned that it was challenging for EPA to provide precise estimates of how much carbon emissions would go down from the rule because states will craft plans they deem most appropriate based on the power plants within their states.

"There is no lower limit, there is no number below which states can’t go. That’s not how this program works," he said. "What states are required to do is take the guidance we issue as part of this regulation, and in particular our guidance on the best system of emissions reduction … and then make a rational fact-based decision about what control measures and emissions limits should be applied."

This flexibility would allow states to consider the unique qualities of the plants within their fleet, Wehrum said. "At the end of the day, there is no floor, there is no maximum," he said of the emissions reductions requirements.

While emissions trading is not a part of the current proposal as it was with the Clean Power Plan, the agency is taking comments on whether or not such an approach would fit within the rule.

The agency said it will also look at ways to more closely align the permitting requirements for power plants under the New Source Review program with the new rule’s focus on efficiency so that the two programs do not conflict with each other (see related story).

Trump’s foes were quick to assail the proposal today, and it’s sure to be at the center of prolonged legal and political battles.

Congressional Democrats sold the replacement as a handout to the fossil fuel industry and highlighted the potentially devastating effects of unchecked emissions.

"The wildfires, droughts, flash floods and more frequent coastal flooding we are experiencing again this year are all consistent with climate change," House Energy and Commerce Committee ranking member Frank Pallone (D-N.J.) said in a statement. "Yet, the Trump Administration continues to deny the problem, and doubles down on policies that will increase climate-damaging emissions."

Environmental groups pointed to EPA estimates that suggest the plan could increase emissions and potentially cause over 1,000 premature deaths by 2030.

"This proposal would eliminate almost all the life-saving climate and health benefits that the Clean Power Plan provides," Environmental Defense Fund President Fred Krupp said in a statement. "The Trump-Wheeler plan will mean millions of tons more air pollution endangering our kids’ health, lives and future."

Despite EPA’s insistence that the new rule is, in fact, a plan to regulate greenhouse gases, Sen. Brian Schatz (D-Hawaii) said it’s another demonstration of President Trump’s rejection of climate science.

"President Trump’s proposal is full-fledged climate denial," he said in a statement. "It gives coal companies the green light to pollute the air we breathe and the water we drink. This proposal flies in the face of scientific fact, morality, and America’s leadership."

Sen. Sheldon Whitehouse (D-R.I.) added in a statement that the new plan "shows not much has changed from [former Administrator] Scott Pruitt’s EPA."

"This craven obedience to polluting interests will lead to serious consequences for American communities and our economy, as well as for the planet we call home," Whitehouse said. "Economists, scientists, central bankers, and real estate insurance and finance professionals are all warning of dire consequences of climate change, and we get this?"

The replacement plan also has at least one Republican critic: Florida Rep. Carlos Curbelo. In a statement last week before the rollout, the co-chairman of the bipartisan Climate Solutions Caucus called the plan "wholly unacceptable," despite his own criticisms of Obama’s rule.

Despite the barrage of criticism, Wehrum said he’s confident the rule will withstand the scrutiny that’s sure to follow.

Many Republicans, meanwhile, were thrilled with the plan.

He touted Republican efforts over the past several years to nix the Obama rule, including letters to governors and legislation aimed at canceling the regulation. "My colleagues and I have been at this for some time," McConnell said. "That’s why the president’s actions today are so encouraging."

Republicans also sought to highlight the potential benefits for coal-reliant states under the Trump administration’s plan, which would give states more authority to set their own rules and regulate power plants using an "inside the fence line" approach.

Rep. John Shimkus (R-Ill.), who chairs the House Energy and Commerce Environment Subcommittee, hailed the plan as a return to "the principles of cooperative federalism."

"Rather than dictate burdensome, top-down mandates on the states, the Affordable Clean Energy rule seeks to empower states to continue reducing emissions in ways that best fit their various energy portfolios," Shimkus said in a statement.

That mirrors the rhetoric coming out of industry groups such as the U.S. Chamber of Commerce, which this morning reaffirmed its belief in climate science but said the new rule would be "a more collaborative process."

Some conservatives, however, said the proposal does not quite go far enough, since it stays silent on the endangerment finding, EPA’s 2009 determination that greenhouse gases pose a threat to human health.

Sen. Jim Inhofe (R-Okla,), the Senate’s pre-eminent climate skeptic, praised the plan but said he would continue to work with EPA toward that end.

"I maintain that the best course of action remains to completely overturn the endangerment finding so that there is neither statutory nor legal need for any greenhouse gas regulations," Inhofe said in a statement.