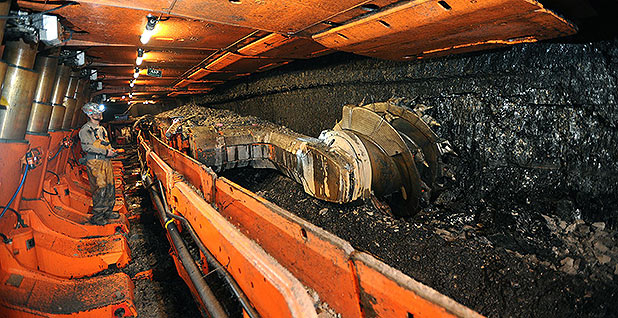 Federal courts are complicating the Trump administration’s decision to step back from Obama-era efforts to incorporate climate change into federal agency decisions.

When he assumed office, President Trump swiftly moved to rescind the social cost of carbon metric for calculating the effects of greenhouse gas emissions of federal actions. He also tossed out guidance on incorporating climate change into National Environmental Policy Act reviews.

But in two cases since, federal judges found agencies failed to adequately consider the climate impacts of fossil fuel projects in NEPA reviews. And in one of the cases — which involved a coal mine in Montana — a judge faulted an agency for not using the social cost of carbon.

While courts are still grappling with the extent to which regulators have to consider climate change in NEPA studies, the recent decisions add to other case law finding that they have to account for emissions.

"The Trump administration’s apparent decision to respond to climate change by burying its head in the proverbial sand does not lessen the duty of federal agencies to acknowledge climate science in their decisionmaking processes and fairly assess economic impacts," said Shiloh Hernandez, a staff attorney at the Western Environmental Law Center.

Along with making it difficult to respond to the two cases, legal experts and environmental groups warn, Trump’s removal of the Obama-era policies could open up the administration to future lawsuits and slow its energy agenda.

"By removing the apparatus that was in place to deal intelligently with these issues, the Trump administration is imperiling its ability to carry forward its vision," said Richard Revesz, director of New York University School of Law’s Institute for Policy Integrity.

"From the perspective of what it’s trying to accomplish," he said, "its approach is very shortsighted."

In the first recent case, Judge Donald Molloy of the U.S. District Court for the District of Montana found that the Office of Surface Mining Reclamation and Enforcement failed to take a "hard look at the indirect and cumulative effects of coal transportation and coal combustion" (E&E News PM, Aug. 15).

At issue was Signal Peak Energy LLC’s plans to expand its Bull Mountains Mine No. 1 about 30 miles north of Billings. The move would make the site the largest underground coal mine in the United States in terms of annual production.

OSMRE calculated that the expansion would result in 23.16 million metric tons of greenhouse gas emissions for an extra nine years compared with the mine’s existing footprint.

But Molloy agreed with green groups that the agency erred when it failed to weigh the costs of those extra emissions against the economic benefits of the expansion. And he noted the government had a readily available tool in the social cost of carbon calculation.

Federal agencies formed a working group in 2009 to create the metric, which represents the long-term economic damage to society, in U.S. dollars, from each incremental ton of carbon dioxide released into the atmosphere.

"Plaintiff argues that the social cost of carbon protocol … was an available tool with which the Enforcement Office could, and should, have tied its greenhouse gas calculations to the effects of those emissions," Molloy wrote. "Plaintiff’s arguments are again more persuasive than the arguments of defendants."

A ruling last week by the U.S. Court of Appeals for the District of Columbia Circuit in a pipelines case involved similar issues.

In the 2-1 split decision, the court found that the Federal Energy Regulatory Commission failed to either quantify the greenhouse gas emissions linked to the Sabal Trail pipeline project in the Southeast or sufficiently explain why it could not (Greenwire, Aug. 22).

Whether federal agencies should consider upstream extraction and downstream combustion when reviewing the environmental impacts of federal fossil fuel projects has been the subject of many lawsuits in the last several years (E&E News PM, April 5, 2016).

"The Bull Mountains ruling is consistent with a long line of cases holding that agencies cannot present a misleading economic analysis of the impacts of a federal action," said Hernandez, whose group brought the lawsuit challenging the mine expansion.

"OSM did precisely that in the Bull Mountains case: trumpeting the economic benefits of the coal mine expansion, yet failing entirely to acknowledge the economic costs of greenhouse gas pollution," he said.

Molloy’s decision included a detailed discussion of that prior case law, including a previous district court case in Colorado, High Country Conservation Advocates v. U.S. Forest Service, that identified the social cost of carbon as a tool for measuring greenhouse gas impacts of coal projects.

"What all these courts are saying is basically you have to take into account the harm from greenhouse gas emissions," said James Coleman, an energy law professor at Southern Methodist University. "So I think what they’re implying is, look, if you want to consider that, why don’t you use the social cost of carbon that you already have?"

Still, there is an ongoing debate over the role of cost-benefit analyses in NEPA, he said. Molloy noted in his opinion that NEPA does not specifically require agencies do a formal cost-benefit analysis. But, the judge said, if an agency does undertake one as part of an environmental analysis, it needs to consider all the costs and benefits.

Things get a little muddier when it comes to federal agencies’ obligations under NEPA to weigh the greenhouse gas impacts of some natural gas infrastructure and power transmission lines, according to Michael Burger, executive director of Columbia University’s Sabin Center for Climate Change Law.

The D.C. Circuit recently rejected a Sierra Club lawsuit challenging the Department of Energy’s analysis of a proposed liquefied natural gas terminal, a case that some experts say runs counter to its decision on the Sabal Trail pipeline (Energywire, Aug. 23).

"It does seem clear that, under NEPA, agencies cannot simply calculate the economic benefits of extraction, without balancing that against the economic costs of that coal’s contribution to climate change," Burger said.

But, he said, "the role of the SCC in environmental reviews of natural gas pipelines and other fossil fuel infrastructure is unsettled."

Agencies ‘in a real bind’

The Trump administration has yet to respond to either court decision. Given how long the appeals process takes, Revesz said that administration may be best off redoing the environmental reviews at issue if it wants to swiftly restart the projects.

But Molloy’s comments about the social cost of carbon complicate things for OSMRE because the president told agencies not to use the metric and disbanded the group tasked with calculating it.

Agencies are "in a real bind," said Burger. "They are not supposed to use the SCC, but the SCC is the best metric out there at the moment and has been affirmatively endorsed as a reasonable approach by the courts."

He added, "Ostensibly an agency could use some other methodology to account for the costs of climate impacts associated with greenhouse gas emissions, but why would they?"

One option for the Trump administration to comply with the Montana decision would be to reissue the environmental analysis using updated social cost of carbon figures based on a higher discount rate and focused on national effects.

Such an approach would be consistent with the guidance of a document published by the Office of Management and Budget in September 2003, Circular A-4.

The discount rate allows regulators to convert future costs and benefits into current values. Obama’s working group used values ranging from 2.5 percent to 5 percent, while critics say that rate is too low, pushing for a 7 percent value.

Critics also say that current regulatory policy states that damage and benefits should be considered in rulemaking only if they are national, not international.

But going with only national impacts and the higher discount rate would go against peer-reviewed scientific and economic models, a group of economists and legal experts earlier this month warned in a letter in the journal Science (Greenwire, Aug. 18).

Revesz, who signed on to the letter, said that would likely result in a new wave of lawsuits. And it’s unclear yet how courts would respond.

"There hasn’t yet been a challenge to using a lower number. At some point, they will find a strong challenge that what they’re doing is inconsistent with the best economic theory," he said.

Hernandez of the Western Environmental Law Center said using a lower SCC estimate would still show that the costs of the mine expansion outweigh the benefits, which OSMRE calculated to be $23.8 million a year.

Using a range of SCC values with different discount rates, the costs of the greenhouse gas emissions of the expansion would be between $277 million and $2.5 billion a year.

"It is an inconvenient fact that with even the lowest estimates of the social cost of carbon, the costs of coal exceed its benefits," Hernandez said. "In short, coal causes more harm than good."

Coleman predicted that FERC would also face a balancing act, not only with Sabal Trail but in other reviews of energy projects. First, it must examine the difficult question of whether such projects lead to any increased greenhouse gas emissions.

"That’s an incredibly complex market decision," he said, "where you basically have to determine what kind of sources this new source — whether it’s a coal mine or whether it’s a natural gas transport system — is displacing around the world."

While a separate panel on the D.C. Circuit came to a different conclusion in the LNG exports case, the D.C. Circuit’s Sabal Trail ruling and the Montana case show it may not be enough for the government to simply argue that emissions effects are difficult to determine.

"The first best for the Trump administration is to say this is all irrelevant. This is not worth studying because the effects are too speculative," Coleman said. "But what these courts are saying — they’re not buying those reasons."