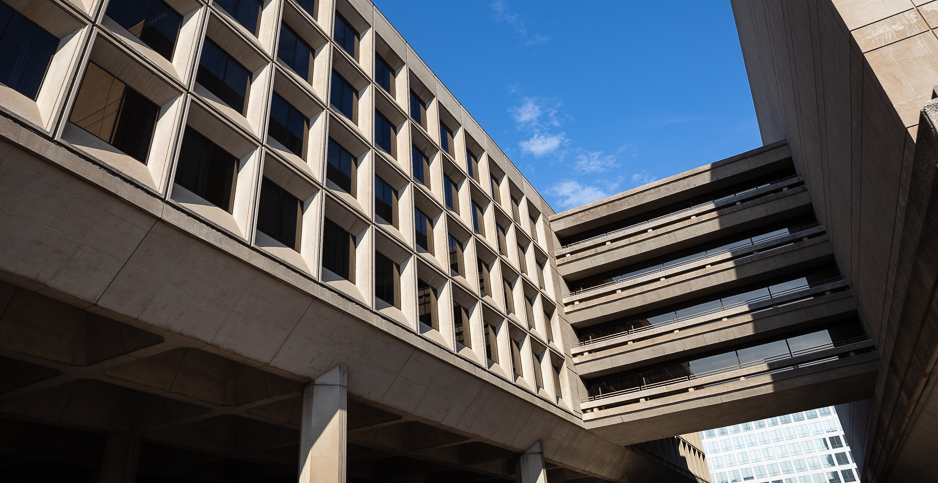 A small number of Trump loyalists at the Department of Energy got plum overseas posts following rule changes to reward political appointees.

Historically, the department has sent civil servants to cities around the globe for two- to three-year appointments to carry out U.S. energy policy goals like nuclear nonproliferation, security of energy resources and technology transfer.

Five sources, who asked not to be identified to talk about internal agency matters, said the Trump administration in 2019 upended the charter of the Overseas Presence Advisory Board so political appointees could take those overseas assignments.

One common destination is Paris, where the International Energy Agency is located. But the Trump administration also weighed sending people to Brussels; Berlin; Athens, Greece; Mexico City; Riyadh, Saudi Arabia; and Jerusalem, according to records obtained by E&E News.

"This is kind of the classic thing that an incoming administration needs to watch out for," said one former DOE official, who spoke on the condition of anonymity.

He said the agency’s overseas appointments make sense in certain situations, but "it should always be a thing where the placement aligns with what the U.S. government wants to get done in a particular place."

Efforts to send loyalists abroad raised eyebrows among career staff, the sources said, because it appears similar to "burrowing" — the practice of political appointees trying to stick around after a power transfer.

But this issue is harder to track because the temporary deployments do not have to be reported to the Office of Personnel Management.

Behind the rule changes

The architect of the rule changes, three sources said, was Michael Brown, a former coal lobbyist who worked in DOE’s Office of the General Counsel.

Brown rewrote the OPAB charter in August 2019 to change the makeup of the board and allow political appointees to apply. The updated charter has not been publicly available on DOE’s website. The latest version is dated 2016.

Records show Brown himself was approved in early 2020 for a post in Riyadh, the capital and main financial hub of oil- and gas-rich Saudi Arabia.

But he was on a leave of absence from July to December, and it’s unclear if he ever went to Riyadh or not. Before joining DOE in January 2017, Brown had worked in Republican politics and for the energy industry, including at the American Coalition for Clean Coal Electricity.

Kyle Nicholas, who was an adviser in the DOE international affairs office, went to Brussels to serve in the U.S. mission to the European Union, sources said.

Sources pointed out that Nicholas, who has a background in health care, is an ardent supporter of former President Trump, whose approach to foreign relations is vastly different than President Biden’s.

In 2018, Gordon Sondland, former ambassador to the European Union, requested the Brussels position, records obtained by E&E News show. Previously the post had been filled by a career staffer, but in November 2019 was opened to political appointees under the updated OPAB charter.

Sondland played a leading role in Trump’s first impeachment trial. A $1 million donor to Trump’s inaugural committee, he was one of a trio dubbed the "three amigos" for their back-channel work coordinating Ukraine policy with Trump attorney Rudy Giuliani.

Neither the Trump DOE nor Brown and Nicholas returned a request for comment this week.

In the past, these appointments have usually been posted on USAjobs.gov, but at least two of the postings were announced internally and open for just a short time.

While previously it might have made sense to send a U.S. energy expert to Mexico City, that is less true under President Andrés Manuel López Obrador’s leadership, given his "back to the future" or rollback agenda, one source said.

"As a practical matter, the opportunities for robust energy trade are more limited," the former DOE official said.

The Biden transition team was aware of the appointments and planned to review the cases, two sources said, but the new administration is unlikely to immediately recall appointees. The Biden White House did not return a request for comment.

"The fact that these are political appointees does not automatically make them wrong for a posting, but it certainly raises questions," the former DOE official added.

"They come in different stripes. There are people who are complete hacks and jerks, and there are political appointees who are really professional people who happen to be more affiliated with one party over the other."

Some of the recent appointments fell through for one reason or another. In one case, it is possible the U.S. embassy rejected the individual whom DOE offered.

Elise Atkins, an adviser in the international office, was set to go to Berlin, but last August the U.S. embassy in Berlin notified the department it "would not approve a DOE attache position," according to a document obtained by E&E News.

In October, OPAB voted to relocate the Germany position to the Athens embassy, the document says.

"This position will be advertised through a Department-wide [expression of interest] as a term-limited EJ-04 position in December 2020 with a selection made and an attache deployed in December 2020 or early January 2021," the document says.

DOE had anticipated approval from the Athens embassy by December, but it’s unclear what happened. Other overseas appointments were not finalized by yesterday, the last day of the Trump administration.