Trump makes his biggest move on climate with car rules 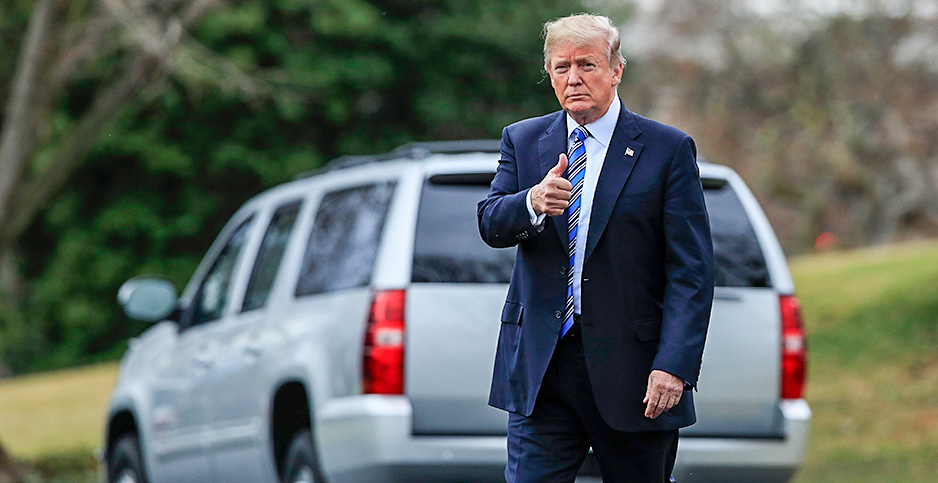 Of the many climate rollbacks the Trump administration has undertaken, its proposal to freeze vehicle fuel efficiency standards stands to increase emissions the most.

Now there’s reason to believe that yesterday’s move to halt car rules could be the most consequential in terms of putting more greenhouse gases in the atmosphere, several experts said.

"I think it’s fair to say that if they’re successful in rolling back the clean car and fuel economy standards, it would be the biggest step backwards on greenhouse gas," said David Doniger, senior strategic director for climate and energy at the Natural Resources Defense Council.

One is that transportation recently surpassed the electricity sector as the nation’s top emitter. Market forces project a downward emissions trend for electricity, as cheap natural gas and renewable energy replace coal. As a result, many states are already meeting targets set under the Obama administration’s Clean Power Plan, which the Trump administration has scrapped and intends to replace with a scaled-back rule. Until yesterday, that was probably the biggest climate program that Trump had targeted.

The other reason has to do with the influence that clean car standards have on market trends. The fuel rules attempted to speed a transition to correct a market failure — automakers and consumers historically haven’t accounted for the negative effects that carbon emissions have on climate change.

Unlike electricity, there’s no fuel ready to displace oil in transportation. Electric vehicles are gaining steam, but they only represent about 1 percent of the U.S. fleet. The escalating targets were seen as a way to spur auto industry innovation while simultaneously confronting climate change.

"If EPA is successful, the new proposals would go farther than any other action the Trump Administration has taken to date in rolling back climate policy," Danny Cullenward, a research associate at the think tank Near Zero, said in an email. "[Q]uantitatively, the scale of transportation sector emissions and the lack of other successful drivers in reducing GHG emissions in this sector make the impact of any rollback in state and/or federal standards extremely potent."

The Trump administration argued that the long-term targets would have been impossible to reach. It said consumers are still buying SUVs and other less efficient vehicles as gas prices dropped relative to when the targets were set under President Obama. The car rules allowed for a so-called midterm evaluation to consider scaling back the goals if they seemed unattainable — which EPA and NHTSA said appeared to be the case.

It’s hard to say for sure that freezing the car rules would be the biggest backslide on emissions under Trump, said Jeff Rissman, who leads the modeling team at the think tank Energy Innovation. Trump has reversed regulations on coal mining — what effect has that had on additional emissions? Could Trump’s dismissal of the Paris Agreement compel other nations to drop their commitments?

Still, some tried to put a number on the amount of potential greenhouse gases that the car freeze might create.

The Rhodium Group estimated that the cumulative increases of carbon dioxide between 2022 and 2035 could surpass the total annual emissions of 82 percent of countries today — just from freezing the car rules. Rhodium also estimated that Trump’s relaxation of the rules could release more emissions than what’s generated by the world’s 70 smallest countries.

EPA air chief Bill Wehrum said the effect on emissions would be negligible. The agencies noted in their proposal that halting the standards would only increase atmospheric carbon dioxide concentrations by 0.65 part per million by 2100.

The proposal, however, takes a limited scope in how it views the effect on emissions, said Zeke Hausfather, a climate scientist and data expert at the University of California, Berkeley.

He said the analysis doesn’t consider the potential knock-on effects, such as stunting innovation. That might allow emissions to balloon in the long term. He also took issue with the administration’s argument that the car rules, as designed under Obama, would have a negligible effect on climate change.

"There’s a great Desmond Tutu quote: ‘You can only eat an elephant one bite at a time.’ The same is true with climate change," Hausfather said.

The Trump administration emphasized that people tend to devalue future fuel savings when buying a car or truck. Fuel efficiency is one of many things that consumers consider when shopping for cars. Gas prices also have fallen relative to when the Obama administration set its goals. So consumers have responded by favoring SUVs and less fuel-efficient models.

"We have to think about how is the market going to react to that," Wehrum said.

Hausfather acknowledged that people generally aren’t driven by potential fuel savings when they buy cars or trucks. But he said the Trump administration’s market-based arguments for rolling back fuel standards are incomplete because "the cost to society from emissions is not being priced into the cost of the goods."

"Market-driven can kind of be a misnomer," Hausfather said.

The Trump administration has steeply slashed the social cost of carbon, which is the monetary value applied to the damages from carbon dioxide emissions. At the same time, it "imploded" the rule’s safety costs related to car crashes, said Antonio Bento, an environmental economist at the University of Southern California. Bento’s research on traffic safety was used by the Trump administration to bolster its case for weakening the rules.

NHTSA and EPA estimated that 12,700 road fatalities could be prevented through 2029 by relaxing the car standards. About half of those deaths, the administration estimates, would have happened in lighter fuel-efficient vehicles. They would be prevented under the rewritten rules, the administration says. Other fatalities could be avoided because the relaxed rules would help newer and safer cars get on the road faster, because they’re cheaper, the agencies say. The administration says the weaker rules would reduce the average price of a new car by $2,340.

Bento said the administration’s conclusion came from "cherry-picking" data to promote its safety concerns, while slashing potential environmental benefits. He also said the administration used his research on fuel efficiency and safety in collisions in a disingenuous way. His research showed that what matters most in car and truck crashes is the dispersion of weight between the two vehicles. The study challenged assertions that claimed more fuel-efficient cars are less safe for drivers because they’re lighter. Bento said the Trump proposal disregards those findings while still citing his research.