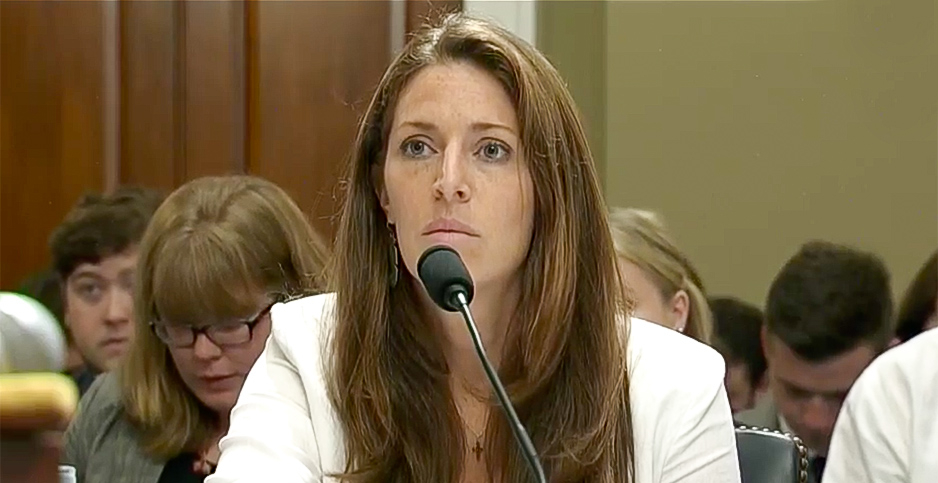 President Trump last night announced his intention to nominate Katharine MacGregor for deputy Interior secretary, in a move that would fill a crucial vacancy with a veteran of both Capitol Hill and the department’s higher political echelons.

A 2004 graduate of the University of Pennsylvania, MacGregor served 10 years as a congressional staffer before joining the Trump administration’s Interior Department in January 2017 and rising to her current position as deputy chief of staff.

"Kate is a tremendous leader who has helped shape and strengthen the Department as we continue to execute our initiatives as outlined by President Trump," Interior Secretary David Bernhardt said in a statement.

MacGregor has already been exercising the authority of the department’s deputy secretary, as the post has been vacant since the Senate confirmed Bernhardt’s promotion to secretary last April.

She started her Interior climb as a special assistant to former Interior Secretary Ryan Zinke, later stepping up to be principal deputy assistant secretary for land and minerals management. She became deputy chief of staff about a year ago (Greenwire, Aug. 29, 2018).

If confirmed by the Senate for the $177,000-a-year job as deputy secretary, MacGregor would take over a position that’s typically responsible for the department’s day-to-day operations.

Energy has been her specialty.

The House Energy and Mineral Resources Subcommittee hearing was one of several congressional hearings at which MacGregor has testified, giving the former prep-school field hockey and ice hockey player the kind of game experience that could prove useful at her confirmation hearing.

At times, though, she’s espoused positions denounced by Democrats.

In a 2017 hearing, for instance, she declared that "the America First Energy Plan is an ‘all-of-the-above’ plan that includes oil and gas, coal, and renewable resources."

She led Interior’s drafting of a new five-year plan for offshore oil and gas development as well as efforts to "provide regulatory relief to on and offshore energy producers … [and] advance offshore wind opportunities on the east and west coasts," according to Interior.

And, judging by her Twitter feed, she’s a Philadelphia Eagles fan.