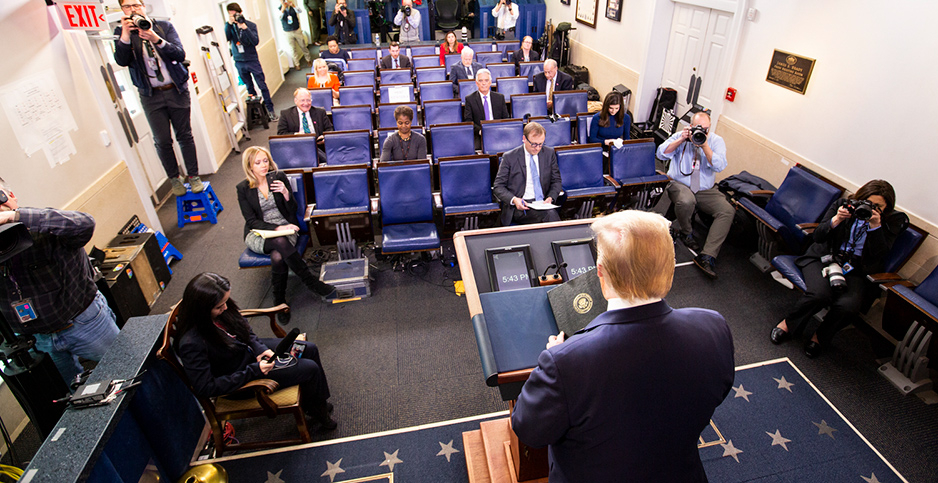 President Trump declared 12 states "major disasters" this week due to the novel coronavirus but has given governors only a small portion of the federal aid they sought, creating uncertainty about the national response during a pandemic.

As the outbreak appears increasingly likely to become the nation’s first 50-state disaster, Trump’s actions are generating scrutiny and questions about how much disaster aid the federal government will give states and individuals.

Trump approved major disasters late yesterday for Maryland and Missouri but did not specify the type or amount of disaster aid they would receive in an announcement on the White House website.

On Wednesday, Trump approved a request by Gov. Roy Cooper of North Carolina to have his state declared a "major disaster" due to COVID-19 but didn’t give Cooper everything he sought.

Cooper, a Democrat, had asked Trump in a 10-page letter Sunday for two things in addition to the declaration: to reimburse state and municipal costs of emergency protection due to the virus and to give North Carolina residents access to federal disaster programs such as supplemental unemployment benefits, food stamps and legal aid.

States must be declared a "major disaster" in order to be eligible for federal disaster aid.

Trump approved only the emergency reimbursement and not any of the programs Cooper sought for North Carolinians. Cooper’s request for the disaster programs is "under review," according to a Federal Emergency Management Agency document.

"We will continue working with FEMA as they review our request for more benefits for people impacted by this pandemic," Cooper said in a statement yesterday.

Trump’s response to requests for disaster aid has become another sore spot between the Republican president and some Democratic governors as the pandemic expands nationwide. The United States passed China yesterday as the most-stricken nation, with more than 85,500 infections and 1,170 deaths, according to Johns Hopkins University.

Gov. Andrew Cuomo of New York, a Democrat, was critical when Trump approved a disaster declaration for his state but did not provide housing aid and disaster unemployment assistance.

"It is time for the federal government to provide disaster unemployment assistance to New Yorkers," Cuomo spokesman Jack Sterne said in a statement.

Governors can request up to a dozen or so disaster aid programs from the federal government after their state has experienced a catastrophic event.

Another Democratic governor, Jay Inslee of Washington, said that Trump’s action in approving only a disaster declaration and the emergency reimbursement "does not unlock many forms of federal assistance we have requested to help workers and families who are badly hurting."

Republican governors have not criticized Trump as he approved only a portion of the federal disaster benefits they sought.

Trump has approved every governor’s request to reimburse 75% of the costs of additional emergency protection.

But the only disaster program for individuals that Trump has approved is crisis counseling. The program gives states money to hire contractors to help people regain their pre-disaster level of functioning.

Crisis counseling is a minor program and is considered less urgent than unemployment assistance, particularly as millions of people are losing their jobs due to the massive shutdowns caused by the COVID-19 outbreak. Crisis counseling focuses on short-term needs and often involves referring people for additional psychological services.

"What I would want as a state out of a major disaster declaration is disaster unemployment assistance and rental assistance," a former senior FEMA official said in an interview.

However, the $2.2 trillion economic recovery package approved Wednesday night by the Senate includes unemployment benefits similar to what individuals would receive from the disaster-unemployment program. The measure goes to the House floor today for likely approval. Trump has said he will sign it.

The Trump administration has said it was holding off on approving disaster-unemployment benefits for states while Congress negotiated a massive economic package.

The package also adds $45 billion to the FEMA fund that pays for disaster relief. The fund now has $42 billion, and the additional money is likely to put pressure on Trump to approve requests for disaster aid that he balked at so far.

In addition to the 12 disasters that Trump has approved due to COVID-19, he has received another five additional requests for disaster aid.