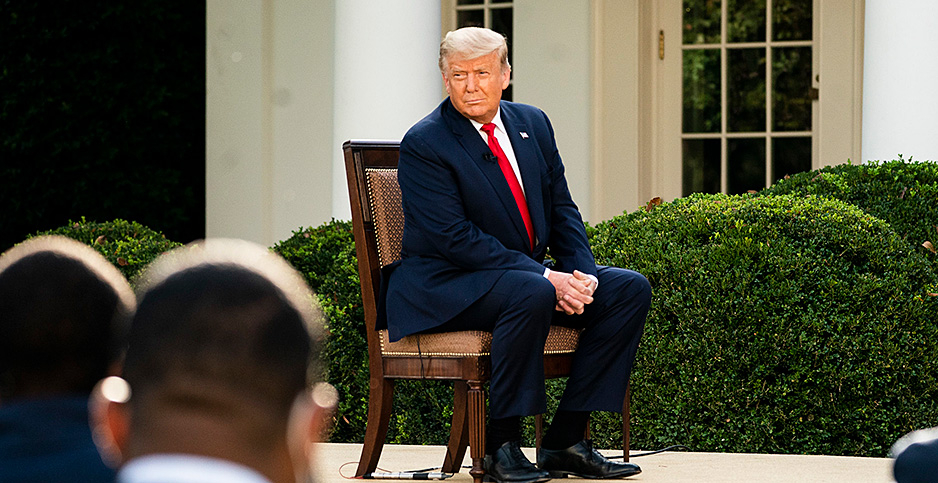 The order calls government management practice "inadequate" and directs agencies to review within 90 days employees who supervise attorneys, draft regulations or work on policy, and determine whether to classify them under a new "Schedule F" category.

The purpose is to dismiss poorly performing government workers, the order says, and make the bureaucracy more efficient.

"Separating employees who cannot or will not meet required performance standards is important, and it is particularly important with regard to employees in confidential, policy-determining, policy-making, or policy-advocating positions," the order reads.

Experts said the order reflects the president’s yearslong confrontation with the so-called deep state — a permanent bureaucracy of scientists and other experts that has often been at odds with the president’s rule-busting agenda.

Critics argued that the order is a blatant attempt to get rid of those experts, further blurring the line between the political leadership and the civil service.

"The whole process is dubious and questionable," said Tim Whitehouse, a former EPA attorney and current president of the group Public Employees for Environmental Responsibility.

"The administration is angry that so many scientists, lawyers and policymakers in government have resisted their egregious lies and stood up for the rule of law and science. So this is their response."

Other observers this morning were still scrambling to figure out the potential impacts of Trump’s latest executive order.

James Goodwin, an analyst at the Center for Progressive Reform, noted that the order would give agency heads "mammoth power" — seemingly a shift from the status quo that relies on the White House Office of Information and Regulatory Affairs to ensure that policymaking aligns with the president’s priorities.

Stan Meiburg, a former EPA acting deputy director, said the order would diminish transparency in hiring and would prioritize people whose primary qualification is political loyalty.

"The order presumes, with no evidence, that the underlying problem is that career federal civil servants cannot be trusted," said Meiburg, a member of the Environmental Protection Network.

"In doing so, the order promotes a return to ‘at will’ employment, reformed for good reason by Republican administrations in the Progressive Era."

And a recent report from New York University shows Trump has set a record in adding new political appointees, like deputy chiefs of staff, at the highest levels of the federal government.

NYU professor Paul Light, in a Brookings Institution online post, recently condemned the "Trump administration’s use of every available slot to enforce party discipline deep into the federal hierarchy."

For many career workers, Goodwin said, "this is clearly a very ominous threat. If Trump somehow wins in November, many of those people will be holding this EO with one hand while drafting their letter of resignation with the other."