Trump rule meant to save coal is forcing plants to close 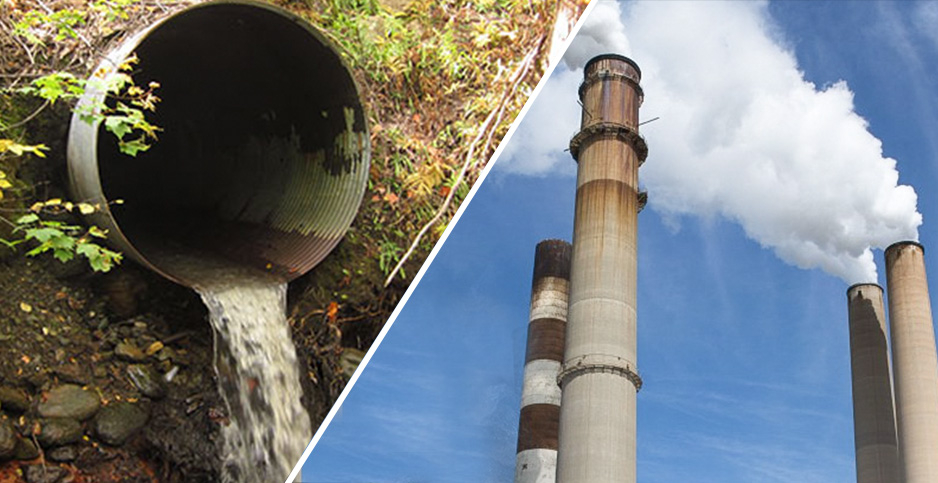 A wastewater rule the Trump administration pushed through as a Hail Mary for struggling coal plants is now being cited as a reason some of those same units are opting to close.

Operators at more than two dozen coal plants across the nation, including some of the largest facilities in Pennsylvania, told state regulators that a federal wastewater regulation aimed at curbing high levels of toxic chemicals like mercury, arsenic, nitrogen and selenium is playing into their decision to close by 2028 or shift to natural gas, according to an analysis of regulatory filings the Sierra Club collected and analyzed.

Specifically, 21 plants are closing and six more may switch to running on gas, and their owners are blaming — to different degrees — “effluent limitation guidelines,” also known as ELGs, that EPA finalized last year under the Trump administration. The Associated Press first reported the Sierra Club’s findings.

At issue is a Trump-era rule that relaxed Obama-era limits on wastewater discharges from coal plants set in 2015 — the first time in more than 30 years the federal government acted to curb toxics and other pollutants from power plants (E&E News PM, July 26). Some coal plants use water to clean scrubbers and flush ash out of the bottom of boilers — waste that’s then dumped into settling ponds that can overflow into nearby waterways. The practice has made coal plants the largest source of toxic industrial wastewater pollution in the nation.

Plant operators had until October to tell state regulators whether they planned to invest in water-cleansing technology to keep their coal units running, close them or follow through with upgrades to meet the federal standards so they can operate about 10 percent of the time. EPA said it does not track those decisions or filings.

But advocates say that while coal-fired utilities are announcing their intent to close or shift to gas, those decisions are not firm commitments. And by making such an announcement, advocates say utilities are taking advantage of a loophole in the wastewater rule that allows them to avoid installing equipment to clean up wastewater and continue discharging wastewater for the next seven years.

Advocates also say the majority of the coal plants were already facing daunting economic challenges that fueled their decision to ultimately close.

“For some of them, the wastewater rule was the straw that broke the camel’s back,” said Casey Roberts, a senior attorney with the Sierra Club. “A lot of them are facing uphill economics, a lot of them have other environmental compliance issues and expenses coming up … and just competition from other resources.”

Thomas Cmar, an attorney with the law firm AltmanNewman who represents the Sierra Club and other environmental groups, said it’s common for companies making economic decisions to close their plants to blame EPA.

Cmar said he also sees a consistent playbook among utilities that earlier this summer scrambled to take advantage of the same wastewater rule (Greenwire, June 14).

Michelle Bloodworth, president and CEO of America’s Power, a trade group that advocates on behalf of the coal supply chain and the nation’s coal fleet, warned the closure of so many plants on such a tight time frame could pose a threat to the U.S. electric grid, especially as the nation sees more extreme weather swings.

Bloodworth noted that while some of the plants opted to close after deciding the cost of compliance with the EPA rule was too onerous without adequate market reforms in place, other facilities have gotten a green light from state regulators to recoup the cost of complying with EPA’s rule from ratepayers, allowing them to power on beyond 2028. She pointed to West Virginia regulators’ decision in October to allow the owners of three coal-fired plants there to make upgrades to comply with the wastewater rule and recover tens of millions of dollars from ratepayers.

"Not all plants are closing as a result of the rule, but if we see more onerous regulations from EPA, then it’s going to put even more cost and pressure on these coal plants to retire," she said.

The filings show coal plants across the country, from Texas to the East Coast, are opting to shutter by 2028 or shift to gas.

In coal-reliant Pennsylvania, two massive coal plants are now slated to close to comply with the wastewater rule, including the Keystone Generating Station, a 1,700-megawatt plant northwest of Johnstown, Pa., and the 1,872-megawatt Conemaugh Generating Station near Pittsburgh, Pa.

Nathan Rozic, an environmental specialist for the Keystone coal plant, announced in a filing to state regulators the plant would close by 2028, while John Shimshock, an environmental specialist for the Conemaugh coal plant near Pittsburgh, informed state regulators that that facility would likewise close by the end of 2028 and a deactivation notice would be sent to the region’s grid operator, PJM Interconnection LLC.

And last month, Southern Co. announced it would shutter more than half of its coal fleet by the end of the decade as it shifts to a net-zero electricity mix, a move the company attributed to EPA’s wastewater regulation (Energywire, Nov. 5).

In October, DTE Energy announced it would no longer use coal at its Belle River power plant in St. Clair County, Mich., saying that doing so would slash carbon emissions and bring the plant in compliance with the EPA wastewater rule.

While some plant operators are opting to close in the face of the rule, others appear to be keeping their options open.

That includes the Tennessee Valley Authority, a federally owned corporation, which previously told state regulators that its Cumberland coal plant in Tennessee should qualify for the "high flow" subcategory under the Trump rule (Greenwire, June 14).

If finalized, the permit change would allow the plant to discharge nearly 10 times more mercury than allowed at other power stations, which could affect downstream fishing and the Cross Creeks National Wildlife Refuge.

Paul Pearman, TVA’s senior manager of water permits, compliance and monitoring, reiterated in an Oct. 6 letter to Tennessee regulators that the company is considering various options, including constructing a multimillion-dollar system to cleanse bottom ash transport water or shuttering the units and replacing the lost generation with natural gas or a combination of gas, solar and storage. Pearman laid out the same options under consideration in May.

In May, Pearman said TVA is also considering closing the plant by 2028, but replacing the units with gas could be complicated by President Biden’s executive order calling on the federal government — including TVA — to tackle climate change and become carbon-free by 2035.

Advocates are now hoping the Biden administration takes steps to strengthen the rule.

This summer, EPA announced it’s planning to craft a stricter rule to limit toxic wastewater discharges from coal plants while allowing the Trump-era regulation to remain in place.

EPA at the time said it was initiating a rulemaking to strengthen the ELGs that were finalized under the Trump administration and that the agency expects to issue a proposed rule for public comment in the fall of 2022 (E&E News PM, July 26).

When asked to confirm the timeline, Robert Daguillard, a spokesman for the agency, said EPA “remains committed to a new rulemaking process to strengthen certain wastewater pollution discharge limits for coal power plants that use steam to generate electricity.”

"While disappointed that the new administration has decided to reconsider the 2020 rule, we look forward to engaging with EPA on the technical impracticability of the 2015 rule and are pleased that the 2020 rule will remain in place in the interim to provide the industry with some certainty during the reconsideration process," Bernstein said in a statement. "It’s abundantly clear the coal fleet remains an essential reliability and affordability backstop for the grid — a backstop we can’t continue to overlook or push aside."

The fate of the rule is also playing out in court.

Last fall, more than a half-dozen groups, including the Natural Resources Defense Council, the Sierra Club and Clean Water Action, filed a petition and asked the U.S. Court of Appeals for the District of Columbia Circuit to review the final Trump-era EPA rule. They argued that the regulation was in response to industry requests with no justification beyond saving the utility sector money.

Cmar said EPA asked the court to put the case on hold pending the new rulemaking, a move environmental groups are opposing over concerns the lawsuit could be put on hold indefinitely.

Cmar said he’s now waiting to see what the courts do with the complaint, adding that environmental groups support EPA in its rulemaking and believe the agency will issue a proposed rule next fall.

“We are cautiously optimistic that’s going to happen,” he said.