Trump says he ‘freed’ showers and sinks. He didn’t 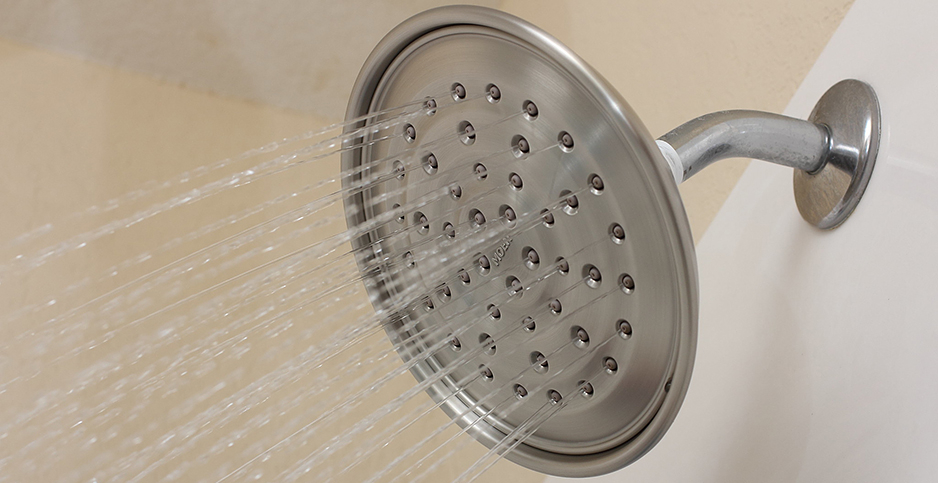 The Trump administration has proposed new rules for showerheads, dishwashers and other appliances, but the standards have yet to be enacted. Wil C. Fry/Flickr

President Trump has added a false claim to his pitch to "suburban women" — maintaining that his administration already has delivered on his promises to speed up dishwashers and improve sinks and showers.

Trump, who has routinely railed against energy efficiency standards that he says make it hard to wash dishes, hands and hair, has pledged to undo several, prompting protests from environmentalists and energy efficiency advocates.

The White House said yesterday that a change to speed up the run time for dishwashers was finalized yesterday and that other measures have gone through a public comment period and the administration is working to finalize them.

But no new products are on the market because of changes, and no proposals have fully made their way through the regulatory process.

Still, Trump told a crowd on a weekend campaign trip to the West Coast that his administration has ensured faucets, showerheads and dishwashing machines now deliver a better blast of water.

"We freed it up," Trump said, boasting that he had improved American dishwashers. "The women come up to me, the women who say they don’t like me, actually do like me a lot."

The appliance pitch — Trump went on to say he "freed" up water flows for sinks and showers — comes as polls show Trump’s support among suburban women cratering.

True or not, the bid is unlikely to blunt defections by female voters increasingly unhappy with Trump’s handling of the novel coronavirus, which has killed more than 218,000 Americans, said Lee Miringoff, director of Marist College’s Institute for Public Opinion.

Among white women with college degrees — considered a rough approximation of the "suburban woman" vote — Biden was polling at 68% to Trump’s 31%, according to the most recent NPR/"PBS NewsHour"/Marist national poll.

"There is no groundswell over the rate of water in plumbing fixtures," Miringoff said. "Right now for many voters it’s all coronavirus, and talking about things that are not as concerning is really a problematic message for him."

The Department of Energy in July 2019 released a draft rule that proposes a separate class of dishwashers that could complete a wash-and-dry cycle in an hour or less. At the time, conservatives praised the rule, saying that Americans were tired of "slow, lousy" models (Energywire, July 8, 2019).

But the administration hasn’t taken any final action on dishwashers. The dishwasher rule, which critics say could potentially allow more water and energy use, was still listed yesterday as pending at the Office of Management and Budget.

Trump also told the crowd Sunday that "now you go into a shower and the water pours out; you go into a sink and you can wash your hands very nicely, beautiful."

That appeared in part to be a reference to his complaints that modern showerheads deliver only a trickle of water and that it’s not enough for him to wash his "beautiful hair properly."

DOE in August proposed a rule that would allow showers to deliver a greater blast of water by changing the definition of "showerhead" in a way that could allow a single fixture to contain multiple nozzles. DOE said in a statement then that the rule would undo Obama-era revisions that were contrary to the intent of Congress (E&E News PM, Aug. 12).

The comment period closed last week on the showerhead change, so any revision would not yet have hit products.

Efficiency advocates, including the Appliance Standards Awareness Project and the Natural Resources Defense Council, argued in their comments that it appears that DOE developed the proposed change "in response to the President’s complaints" but that the proposal doesn’t mention Trump’s claims or corroborate them.

"If DOE had investigated the complaints, the agency would have discovered they could not be validated," the groups argue.

Companies that manufacture and sell showerheads also oppose the change, arguing that they’ve already spent millions of dollars to comply with the latest regulations and that consumers are increasingly embracing low-flow showerheads (Energywire, Oct. 16).