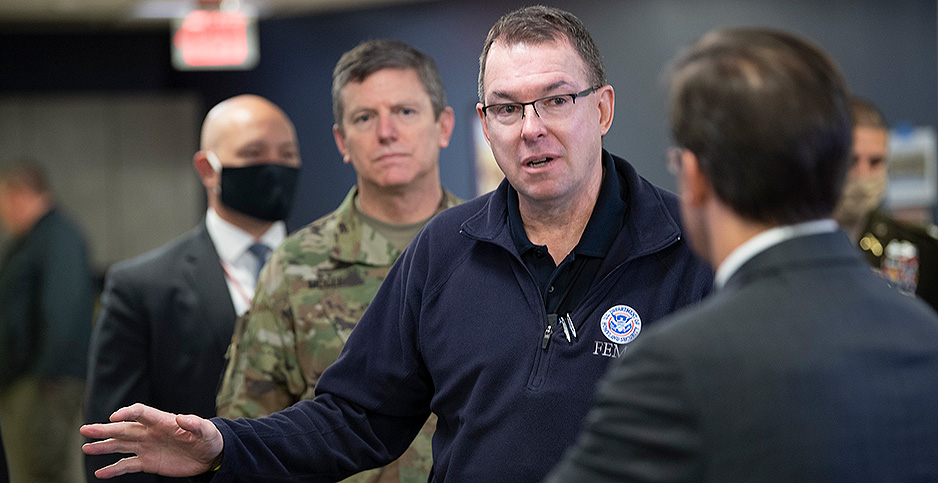 The Federal Emergency Management Agency has scrapped plans to reopen its three world-renowned training academies for first responders next month and will keep the campuses closed until at least Oct. 1 because of the growing COVID-19 pandemic.

FEMA postponed a scheduled Aug. 2 reopening of its training academies in Maryland and Alabama at the same time President Trump was pressuring public schools to open their campuses to students when classes resume next month.

Trump has threatened to withhold federal education funds from school districts that keep their campuses closed and has said schools in some European countries have opened successfully.

The FEMA academies, which have been closed since March, are staying shut because "FEMA’s top priority remains the health and safety of FEMA employees, instructors, students, and visitors on campus," the agency said on its website last week.

FEMA has not provided online classes to replace the courses that were taught at its campuses in Emmitsburg, Md., and Anniston, Ala.

Although FEMA said the campuses would remain closed "through at least October 1," a senior FEMA official said the closures could last until next year.

The closures are generating concern among senior members of Congress and emergency management experts as federal agencies are predicting above-normal hurricane and wildfire seasons.

"If FEMA is unable to restart its emergency response training programs in the near future, it will have ramifications for disasters this year and for years into the future," said House Homeland Security Chair Bennie Thompson (D-Miss.) in a statement to E&E News.

The academies train tens of thousands of emergency responders a year. Rank-and-file firefighters and paramedics get a week or two of basic-level training that can help them maintain a professional certification. Police commissioners and fire chiefs compete to enroll in the yearlong part-time National Emergency Management Executive Academy.

"That is the top-level course you can complete as a fire officer in the world," said Tim Manning, a former FEMA deputy administrator who oversaw the academies. "Government officials come from all over the world to visit these institutions and bring them home and copy them."

The ongoing closure of the academics deprives emergency personnel of essential training, Manning said, and could influence the debate over opening public schools.

FEMA’s training campuses are not "fundamentally different from kindergartens or high schools," Manning added. "They are congregate institutions where we are putting large numbers of people in small areas."

Thompson has asked FEMA to brief his committee on its plan for the training academies and is "still waiting for FEMA to fulfill that request," he said in his statement. "We already had concerns with the nation’s training gaps before COVID-19, and FEMA must present a comprehensive plan to train workers effectively and safely, otherwise current shortfalls will only get worse."

When FEMA initially closed the campuses on March 14, it planned to reopen them on May 10, according to agency Facebook postings. But the reopening was repeatedly pushed back — to June 7, July 4 and Aug. 2 — until the latest postponement to Oct. 1.

The pandemic and the recent surge in infections have "kind of wreaked havoc for our on-campus delivery schedule for this fiscal year," Kelly Garrett, director of one of the FEMA training academies, said in a podcast interview last week.

"Given the recent increase in activity and spread of COVID-19, our leadership thought it was prudent to suspend on-campus activities through September 30th," Garrett said on the "EM Weekly Show," a podcast about emergency management.

"That’s required us to postpone all of our academies into the next fiscal year [starting Oct. 1] and probably until after the first of the calendar year just to be safe."

FEMA considered offering the training online but declined because it wanted to maintain the integrity of in-person education.

"That’s not really what professional development and education is all about. The big consideration is making certain that we’re able to continue the student experience and the value of the programs," Garrett said.

Manning, who was at FEMA during the Obama administration, said the courses taught at the academies "require face-to-face collaboration and classroom delivery."

Garrett is director of the Emergency Management Institute, which is the largest and best known of the three FEMA academies. The institute provides in-person instruction to more than 30,000 first responders a year and holds major national events such as the annual National Preparedness Symposium.

FEMA’s third academy, the Center for Domestic Preparedness, trains first responders at the decommissioned Army base at Fort McClellan, Ala., in handling biological and chemical weapons.

In addition to the three training academies, FEMA offers several hundred online classes and webinars in emergency response. Those classes have expanded since March and now feature training related to the pandemic — including videos, podcasts and instructor-led training to help responders operate safely in the COVID-19 environment.

FEMA says it has trained about 400,000 first responders online since it closed its training academies in March.

"The suspension of in-person training has provided FEMA the opportunity to provide additional effort into virtual and online training to continue to meet the professional development needs of responders and other partners," an agency spokesperson said.