Trump says turbines are ‘rotting.’ Is that true? 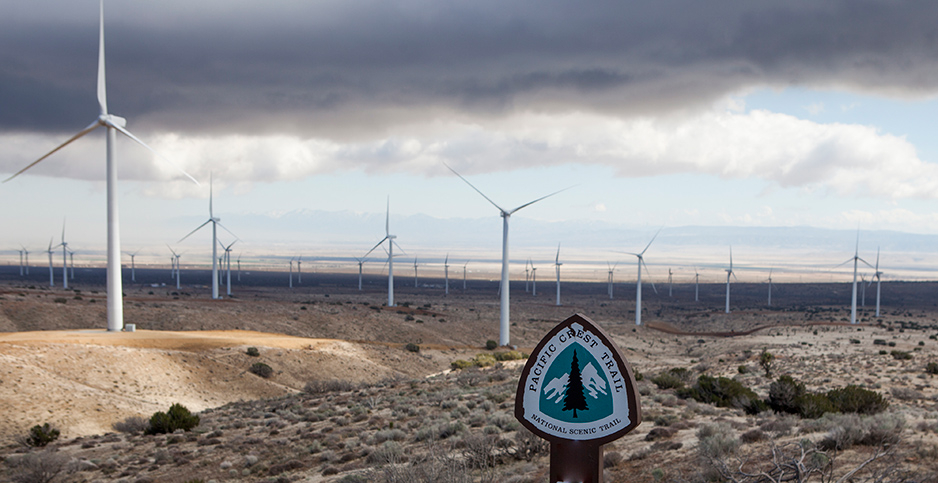 President Trump recently said that wind turbines are "rotting" and suggested they are abandoned when "rusty," raising questions about the waste generated by the industry.

"And they don’t say this, but after a period of time, they get tired, they get old, they get rusty, and a lot of guys say hey, their useful life is gone, let’s get the hell out of here," Trump said about wind turbines in a rally in Colorado Springs, Colo., in late February.

But are abandoned wind components really creating a waste problem?

Many experts say concerns about the environmental impact of wind turbine waste — or, specifically, the plastic spinning blades — currently are overblown, even though the economic costs of turbine disposal are a challenge for the industry.

Most research indicates that waste from wind turbines poses little environmental risk in the near and long term, especially when compared with waste from traditional fossil fuel sources, according to Lawrence Bank, a research engineer at Georgia Tech who studies wind turbine blades.

"The scale of the issue is — in terms of the amount of construction and demolition waste generated — minuscule," Bank told E&E News.

Approximately 85% to 90% of wind turbine components, including virtually all their metal parts, can be recycled, according to a 2019 paper in the journal Wind Energy. The remaining 10% to 15% is the blades themselves and the turbine housing, which are nontoxic.

The Electric Power Research Institute (EPRI), which studies end-of-life problems with wind turbines, released data last year finding that the waste problem will become more intensive as successive generations of wind turbine farms are built, but the problem is tiny compared with other waste issues in the United States.

"Waste management solutions will be needed for millions of tons at end-of-life (EoL) of wind turbine blades over the coming decades," EPRI said. "Although these waste volumes seem large at face value, they are not sufficient to support large-scale private investment that is needed to establish industrial-scale recycling facilities, transportation, and logistics networks."

The real concern, Bank said, is the costs the wind industry might have to foot for disposing of spent turbine blades. He said the cost of disposal is currently between $400 and $800 per ton for the blades.

Bank and his colleagues published a paper in 2017 in the journal Recycling that estimated how much total wind turbine waste will accumulate based on projections of wind industry growth. That paper concluded that just under 40 million tons of wind turbine waste will need to be disposed of globally by 2050 cumulatively. Current global construction and demolition waste is by comparison well over 1 billion tons annually and rising every year, according to EPA.

Even though wind turbine blade waste will only ever be a tiny fraction of global waste, at several hundred dollars per ton for disposal, that cost poses a major economic challenge to the wind industry itself, according to Bank. Industry analysts have likewise noted that the disposal cost of turbine blades could be a barrier in the coming decades, since companies have to pay for disposal or recycling.

Wood Mackenzie also said in a report this month that the onshore wind industry will face recycling issues as newer generations of turbines need to be decommissioned in the future (Energywire, Feb. 10). The small size of first-generation wind turbines has limited awareness of the issue, the firm said.

"The inability of the onshore wind market to develop a recycling solution for older wind turbines creates a new challenge for 2020 and beyond," Wood Mackenzie said. "The increased use of carbon fiber in the structural portions of these blades will add another wrinkle to recycling efforts in the future."

A spokesperson for the American Wind Energy Association (AWEA) told E&E News that the problem of turbine blade recycling is one the industry is just starting to address, as first-generation wind turbines — those that have drawn the ire of Trump — have started going offline recently.

"The industry is still wrapping its arms around the problem. We do see a lot of opportunity," said Greg Alvarez, a spokesman for AWEA.

Alvarez pointed to Vestas Wind Systems A/S, a top wind turbine installer, which pledged in January to produce only zero-waste wind turbines by 2040.

"I think that’s really a sign that our industry is taking this problem seriously. Sustainability and good stewardship is a core value for our industry," Alvarez said.

There are multiple companies and researchers examining recycling of turbines. Bank is the lead principal investigator of Re-Wind, a research project aimed at solving several dimensions of the end-of-life waste problem that comes with wind turbines. The project is a partnership among Georgia Tech; Queen’s University Belfast; the City University of New York; and University College Cork, Ireland.

Re-Wind is figuring out the logistics of getting spent wind turbine blades to repurposing facilities and engineering new uses for the blades. The group is running a pilot project in Ireland through the next couple of years, Bank said.

Bank said any environmental problems from old turbines pale in comparison with the existential threat of climate change, which is mostly due to carbon emissions from fossil fuel power generation.

The waste can be "dealt with," he said. "And the opportunity that renewables can take the place of coal and gas is a no-brainer."