Trump slashed the social cost of carbon. A judge noticed 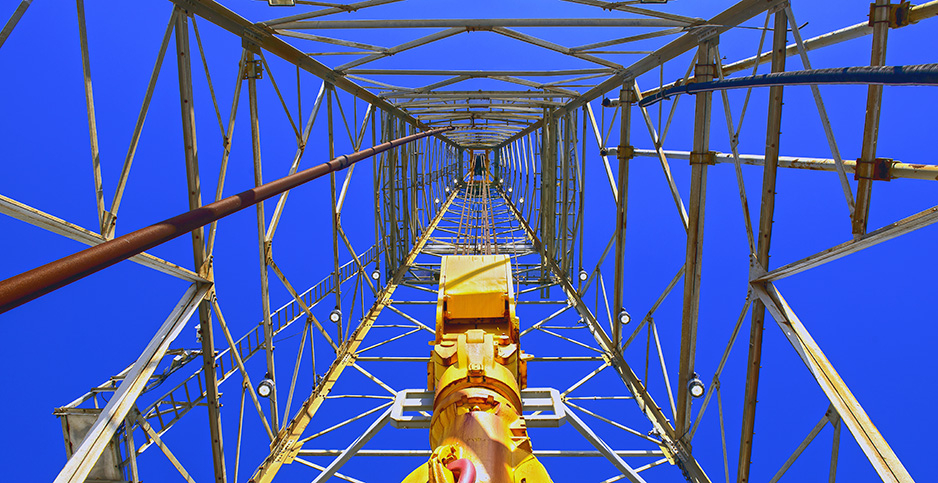 An oil rig in Galveston, Texas. A recent decision by the U.S. District Court for the District of Northern California raised questions about whether President Trump's limited accounting of climate harms might scuttle his regulatory agenda. Jerry and Pat Donaho/Flickr

A federal court ruling that rejected the Bureau of Land Management’s rollback of Obama-era methane controls raises questions about whether the Trump administration is undermining its own rules by downplaying the economic impacts of climate change.

A decision this month by District Judge Yvonne Gonzalez Rogers reinstated the Obama-era BLM waste prevention rule after determining that the Trump administration’s interim social cost of methane was less scientifically rigorous than the version it was replacing. The Trump figure counts only the climate damages in the U.S. that stem from methane, a powerful greenhouse gas, rather than its effects globally.

The result: Those effects are estimated to be 25 times smaller under Trump than Obama.

Rogers’ opinion pointed to the expansive interagency process under President Obama that led to estimates of the cost to society from carbon dioxide, methane and other greenhouse gases, which relied on peer-reviewed models. A similar process was not initiated under the Trump administration, which is still using an interim figure.

BLM failed to make a case for why the interim estimate was more appropriate, she said, beyond pointing to President Trump’s 2017 "energy dominance" executive order as its basis.

While that executive order "may have withdrawn the relevant technical support documents for political reasons, it did not and could not erase the scientific and economic facts that formed the foundation for that estimate — facts that BLM now ignores," the decision reads.

The judge’s decision reinstates the Obama-era rule in 90 days, but legal challenges that could block that outcome are underway in Wyoming.

Still, some experts say this month’s ruling should make agencies think twice about relying only on the Trump interim social cost of carbon or methane in new rulemakings.

Those figures already appear in regulations like the Affordable Clean Energy standard for utilities. And they were used in regulatory impact analyses for two EPA oil and gas methane rules proposed in 2018 and 2019 that could be final in the coming weeks.

Final versions of those rules are now undergoing White House review. Their release has been delayed for months.

Alan Krupnick, a senior fellow with Resources for the Future who served as a senior economist under President Clinton, said the court ruling this month should make the Trump administration hesitant to issue rules that rely on domestic-only social cost of carbon estimates.

"This ruling by the court will surely carry over and affect the way the agency handles it," he said, adding that BLM staff would now see a failure to consider global climate costs as a legal vulnerability.

But environmental lawyers said the narrow cost estimate of methane used by Trump agencies won’t jeopardize every rule in which it’s embedded.

"It will really depend on the arguments that are made in these cases, and so it’s a little difficult to assess just how vulnerable rules are moving forward," said Kevin Rennert, a former senior official in EPA’s policy office now at Resources for the Future. "But there’s no question that they are more vulnerable than they were a few days ago."

The BLM rule was uniquely susceptible to legal challenges because the Trump estimate was so crucial to BLM’s central legal argument — which was that the cost of avoiding methane leaks under the Obama rule outweighed the benefits.

By swapping out the Obama-era figure — which accounted for global climate impacts — and using the Trump figure instead, BLM was able to show the rule’s projected benefits were 87% to 96% lower than the previous administration had estimated in its final rulemaking, according to a brief filed by environmental groups that joined California and New Mexico in challenging the rule.

Rosalie Winn, an attorney with the Environmental Defense Fund, which joined the suit, said the court decision could make it easier to challenge rules that stem from Trump’s "energy dominance" executive order, like EPA’s upcoming methane rules.

The order directed agencies to reduce burdens on industry and it disbanded the interagency working group that had produced the social cost of carbon under Obama. And BLM cites it in its brief to the court.

The judge’s finding that the Trump interim social cost of methane doesn’t represent the best available science would also be "helpful," she said.

But some legal experts said much would depend on whether other courts echoed those concerns.

Corinne Snow, former counsel and chief of staff in the Justice Department’s Environment and Natural Resources Division, said social cost of methane and CO2 arguments "have been really popular" with environmental litigants.

"I think we’re going to continue to see that just because the law is a little bit unsettled in this area still," said Snow, who is now at Vinson & Elkins LLP. "I think groups are going to keep trying to make these arguments in as many courts as they can in hopes of getting favorable decisions."

But she said their success will likely depend on the court and on the details of each case.

In the BLM case, the agency had already provided an analysis for the waste prevention rule that incorporated the Obama-era social cost of methane. So it fell to BLM to show why it had erred.

"There’s a heightened standard when you’ve already finalized a rule to really show why your decisionmaking in the prior rulemaking — why you’re changing your mind as an agency. And they just didn’t do that," said Hana Vizcarra, a staff attorney at the Environmental and Energy Law Program at Harvard Law School.

A court might have afforded BLM more deference if it was issuing a new rule rather than seeking to rescind an old one, she said.

Vizcarra said the California decision was an example of the Trump administration’s track record of cutting corners in crafting its regulations, only to be rebuked by the courts.