Trump team to courts: Back off on relief funds 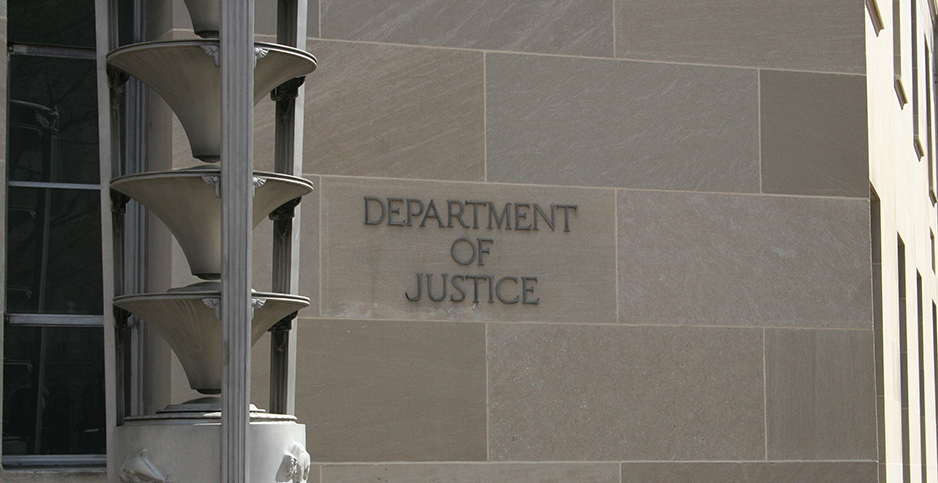 A high-stakes fight pitting tribes against Alaska Native corporations could be a preview for how the Trump administration defends its distribution of billions of dollars in COVID-19 pandemic relief funds.

Basically, the administration tells courts to back off.

In a familiar-sounding executive branch show of force, the Justice Department is advising a federal judge that he has no business hearing a tribal challenge to the allocation of $8 billion from a relief package. It’s an aggressive legal posture with potentially broad application.

"The Executive’s ongoing decisions about how to implement an emergency relief fund in the wake of ‘this unparalleled public health and economic crisis,’ is not properly subject to judicial oversight," Justice attorneys declared in a court filing.

"In time of stress and emergency our officials need freedom to act," Lynch wrote in late March, quoting from a 1969 case.

But William Buzbee, a professor at Georgetown University Law Center, said the government was making "extremely broad claims that do not appear to be applicable in this area."

DOJ’s stance that it can’t be sued is one it often takes "even if there is no real argument in it," said Matthew Fletcher, director of the Indigenous Law and Policy Center at Michigan State University Law School.

On its face, the Justice Department’s hard-nosed position is but one part of the administration’s defense against a lawsuit brought by the Confederated Tribes of the Chehalis Reservation and joined by the Tulalip Tribes, Houlton Band of Maliseet Indians, Akiak Native Community, Asa’carsarmiut Tribe and Aleut Community of St. Paul Island.

The tribes are challenging the administration’s decision to distribute some of the $8 billion to Alaska Native corporations. The vast majority of these private entities don’t provide government services.

Instead, they are North Slope companies involved in extraction of oil and gas and minerals in Alaska, said Fletcher.

On Tuesday, the Interior and Treasury departments freed up $4.8 billion in COVID-19 pandemic relief funds for tribal governments, while holding on to an additional $3.2 billion pending the court challenge to the eligibility of Alaska Native corporations (E&E News PM, May 5).

The decision to distribute $4.8 billion indicated that the Trump administration intended to give $3.2 billion to ANCs, Fletcher said.

"We need all of this funding to be distributed to the rightful recipients, Indian tribal governments," Gobin said in a statement. "The Department of Treasury’s actions are exacerbating the current crisis in Indian County by creating even more uncertainty in an already uncertain situation."

In defending the tribal funding decision, the administration and the ANCs that seek to intervene in the case in support of the allocation rely on more arguments than just asserting judicial impotence.

More broadly, though, the administration’s efforts to brush off judicial scrutiny of tribal funding exemplify a can’t-touch-this legal posture shown on other issues.

"The Trump administration has tried in numerous ways to claim either broad discretion or unreviewable discretion," said Buzbee, a specialist in environmental and administrative law, "so this is consistent with some of those broader claims."

And there could be more coming, in the wake of the $2.2 trillion Coronavirus Aid, Relief and Economic Security (CARES) Act, signed into law by President Trump on March 27.

The total includes $756 million for Interior Department programs. As of April 28, the department’s Office of Inspector General reported that total Interior expenditures were $168,719,791 and total obligations were $387,887,389.

A ‘critical role to play’

In addition to the tribal funds case in the U.S. District Court for the District of Columbia, a proposed class-action suit has been filed in Illinois challenging the alleged denial of $1,200 CARES Act relief payments to U.S. citizens married to immigrants who lack Social Security numbers.

The government has until May 18 to respond to the Illinois complaint; a similar suit was filed Tuesday in Maryland.

The administration’s broader claims of exemption from conventional legal processes, meanwhile, have popped up in several arenas.

On May 12, for instance, the Supreme Court will hear oral arguments on whether the House Oversight and Reform Committee can subpoena Trump’s accountant for private financial records belonging to the president.

"Granting Congress blanket authority to subpoena the president’s personal records is … problematic," Trump’s attorneys warned in a brief, suggesting that "presumably, then, Congress could subpoena a president’s medical records if he was elected with a health condition."

In a different battle, the administration argued that courts had no business reviewing a challenge by the Sierra Club and others to its use of certain funds on an emergency basis for construction of the U.S.-Mexico border wall (Greenwire, June 21, 2019).

The argument fell flat, though others have not. The 9th U.S. Circuit Court of Appeals reasoned last year that "courts cannot avoid their responsibility merely because the issues have political implications."

Tribal attorneys, too, insist the courts have a "critical role to play" in determining the legality of pandemic relief actions taken by Trump team members like Treasury Secretary Steven Mnuchin.

"Much as the Secretary might like to," tribal attorneys wrote in a court filing, "he may not escape that all-important safeguard."