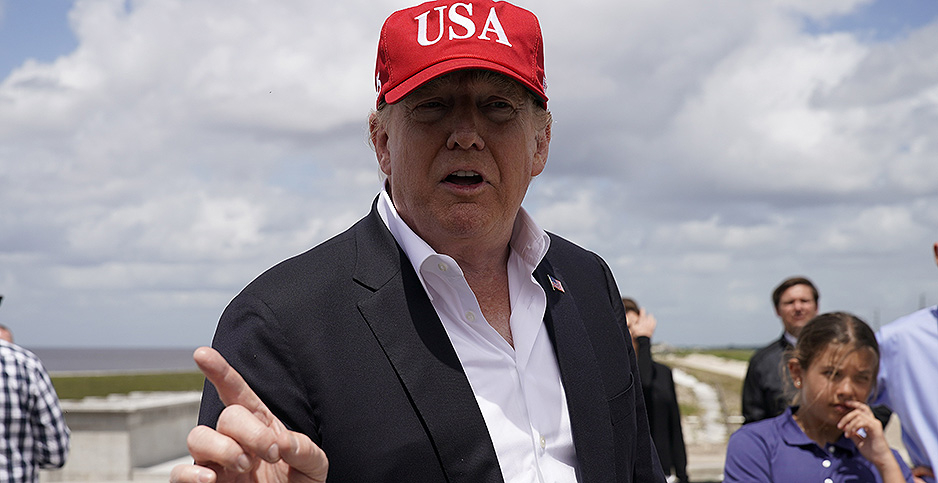 President Trump is planning to endorse an extension of the eastern Gulf of Mexico offshore drilling moratorium as he fights for the key battleground state of Florida.

The announcement, confirmed by two sources familiar with his plans and first reported by Politico, will be part of an event this afternoon in Jupiter, on Florida’s Atlantic coast, to promote his environmental bona fides.

White House spokesman Judd Deere said in an email the event will focus on the president’s "continued conservation and environmental protection efforts in the region." Deere wouldn’t confirm talk of the moratorium.

The president will also likely boast about funding for the Everglades and South Florida restoration efforts, something he has frequently done throughout the campaign.

Oil and gas drillers have long sought an opportunity to move east, closer to Florida, given the cost savings and expediency of being able to plug into existing infrastructure in the central Gulf.

And the administration has, until now, sided with the industry on the matter. The Interior Department proposed in 2017 to open most of the Atlantic, Pacific and Alaska coasts to drilling, and to open the eastern Gulf as soon as the moratorium expires in 2022.

The administration shelved the effort last year amid growing coastal opposition to it, and an unfavorable court ruling on drilling in the Arctic Ocean.

The Pentagon has also balked at oil development in the eastern Gulf, where the military has a broad footprint for training purposes.

Moreover, Florida voters and lawmakers from both parties are broadly against drilling off the state’s shores.

The House, led by Democrats, passed a bill, H.R. 205, last year that would indefinitely ban drilling in the eastern Gulf.

But the Republican-controlled Senate has not indicated a desire to take it up, despite some pressure from Florida Republicans, and the White House threatened to veto the bill.

In May 2019, a handful of Florida lawmakers went to the White House in part to urge Trump to exclude the state from the five-year drilling plan (Greenwire, May 8, 2019).

Earlier this year, Politico reported that the administration was working behind the scenes to expand drilling opportunities offshore, with announcements pending the election.

But the president has at times signaled that he doesn’t support drilling near Florida, the state he now calls home.

"Well, we’re not gonna be drilling," the president said. "The people of Florida just don’t want it."

Democratic presidential nominee Joe Biden has pledged to stop all new permits for fossil fuel extraction on federal land and offshore — including near Florida — if he is elected.

"Floridians know firsthand the impact offshore drilling can have on the state’s beaches, jobs and communities," Biden spokesman Kevin Munoz said in a statement. "Joe Biden will take decisive action to protect our environment and our local economies."

Trump didn’t mention the issue before leaving the White House this morning, and campaign officials didn’t address the president’s Florida plans in a call with reporters today but expressed confidence that the president would win the crucial swing state.

On the Everglades, Trump earlier this year proposed a 25% hike in funding for the Army Corps of Engineers’ South Florida Ecosystem Restoration Program (E&E Daily, Feb. 11).

That request — $250 million for the Army Corps — was aimed at replumbing the Everglades and reestablishing a natural flow of water through the estuary and surpassed the actual fiscal 2020 funding by $50 million.

Most recent polls have had Biden ahead in the Sunshine State by 3 or 4 percentage points, though Trafalgar Group, a Republican polling firm, found Trump ahead by 3 points last week. Trump won the 2016 race with 49.02%, less than 2 percentage points ahead of Democrat Hillary Clinton.