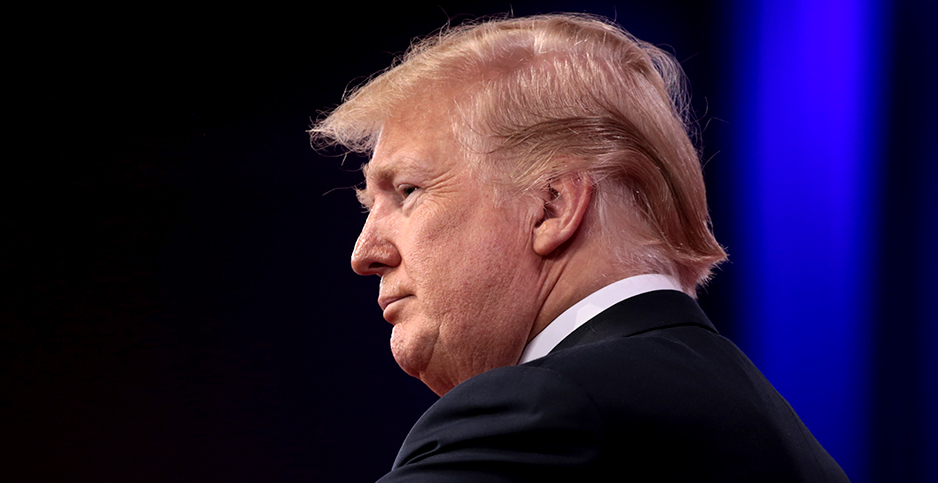 President Trump is traveling to Pennsylvania today amid efforts by his campaign to portray Democratic rival Joe Biden as a climate activist and job killer.

Officially, the visit is about the coronavirus pandemic. Trump will tour Owens & Minor Inc. a medical distribution center outside Allentown that provides masks, surgical gowns and other personal protective equipment to hospitals across the country.

But there’s little doubt that the November election is wrapped up in the trip. The visit will be Trump’s 18th stop in Pennsylvania since taking office, and it follows a recent trip by Trump to Arizona, another November battleground.

Trump carried Pennsylvania by less than 1%, or about 44,000 votes, against Hillary Clinton, the Democratic nominee, four years ago. The Lehigh Valley area — which includes Allentown — is one of the regions in Pennsylvania that flipped to Trump after former President Obama won them in 2012.

Now there are signs that Pennsylvania could change direction again.

As of last night, an average of Pennsylvania polls compiled by RealClearPolitics put Biden, the presumptive Democratic nominee, ahead of Trump by 6.5%.

Biden is a native son of Pennsylvania, raised in Scranton.

With the state — and likely the White House — on the line, the Trump campaign has plans to link Biden to the Green New Deal, a liberal proposal to fight climate change with a government-led jobs program.

The Green New Deal also envisions a sharp cutback to fossil fuel use, including the goal of "meeting 100 percent of the power demand in the United States through clean, renewable, and zero-emission energy sources."

Axios reported earlier this week that the Trump campaign intends to slam the Green New Deal as a bureaucratic nightmare and a job killer — and a policy that Biden supports.

"Biden’s embrace of the Green New Deal and its hostility toward fossil fuels will devastate him in states like Pennsylvania where so many jobs are dependent on the natural gas industry," Trump campaign spokeswoman Sarah Matthews told E&E News in a statement.

Biden never went as far as some of his primary rivals in backing the Green New Deal, though his campaign website describes it as a "crucial framework for meeting the climate challenges we face."

It’s an open question, however, as to how far the Trump campaign will attack Biden on the issue of hydraulic fracturing, a technique in which liquid is blasted underground to help extract fossil fuels.

The fracking industry has grown during Trump’s first term in office. But in Pennsylvania, where fracking is common, there is a sharp public divide on whether the jobs are worth the cost.

Fifty percent of Pennsylvanians support the state’s fracking industry, while 42% say they oppose it, according to polling last year from Franklin & Marshall College. However, 55% of state residents say the environmental costs of fracking don’t justify the economic benefits.

Most Pennsylvanians already have made up their minds on fracking, and there’s not a significant number of voters for Trump to capture by going after Biden on the issue, said Christopher Borick, director of the Muhlenberg College Institute of Public Opinion.

What’s more, Biden’s position is different from those of his opponents in the primary, such as Sens. Bernie Sanders (I-Vt.) and Elizabeth Warren (D-Mass.), who called for a broad fracking ban. Biden has said he wants to stop fracking on federal lands.

The former vice president’s energy views are more in line with those of Democratic Pennsylvania Gov. Tom Wolf, who has backed the industry while supporting climate policy, Borick said. That’s a "sweet spot" in Pennsylvania, where he can have the support of environmentalists without antagonizing the industry.

"For people that might be all in on fracking in the energy community, I don’t know if there’s anything a Democrat might do that wins them over, but for a lot of mainstream folks in the state that might think of the issue in their calculus, Biden’s not an easy target for Trump in the way that Sanders or Warren had been," Borick said.