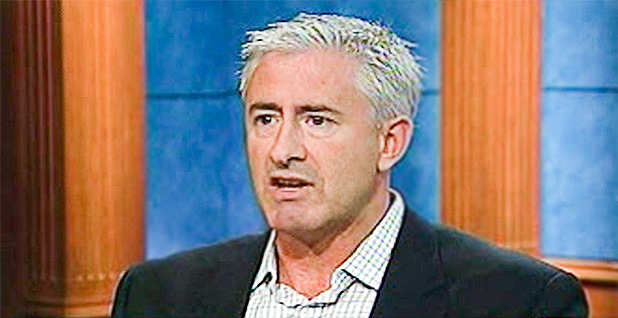 Members of President-elect Donald Trump’s transition team critical of U.S. EPA have also been successful litigants against the agency, winning thousands of dollars in legal expenses.

An E&E News review of court records and EPA data show that Christopher Horner and David Schnare — both members of Trump’s EPA landing team — have helped win substantial funds off the agency from at least a half-dozen lawsuits. In turn, the two worked on cases either by themselves, together or with other lawyers that won nearly $45,000 in attorneys’ fees and other litigation costs from EPA between fiscal 2013 and 2016.

How? By suing EPA under the Freedom of Information Act for failing to provide documents in response to their requests.

It’s all legal, and a common tactic by environmental and watchdog groups frustrated by EPA’s sometimes slow response to their FOIA requests. The public records law has a provision that lets a court award "reasonable" attorneys’ fees and litigation costs to a complainant that has "substantially prevailed" over the federal government in a FOIA case.

In their own FOIA lawsuits, Horner and Schnare were often serving as plaintiff attorneys for a variety of conservative-leaning groups that have been critical of EPA, such as the Free Market Environmental Law Clinic and American Tradition Institute, which later became the Energy & Environment Legal Institute, or E&E Legal. They also hold positions with many of those groups, according to their websites.

"In short, we neither seek to file lawsuits nor do we profit from them," Mandelbaum said in an email to E&E News (which has no connection to E&E Legal). "We act only to enforce a right intentionally given to the public by Congress in the FOIA statute, to request and receive public records."

He noted that the federal government could stop these lawsuits by turning over requested records.

"EPA and other federal agencies have always had the ability to prevent lawsuits; they merely have to provide timely and proper responses to FOIA requests," Mandelbaum said.

Horner referred questions for this story to E&E Legal. In addition, representatives for Trump’s transition team did not respond to questions.

Having both long questioned climate science, Horner and Schnare are some of the Obama EPA’s most vocal critics. They have often resorted to FOIA to pry documents loose from the agency.

Horner has hounded EPA for records created by its top officials, such as their emails and text messages. He uncovered former EPA Administrator Lisa Jackson’s alternative email alias, "Richard Windsor," which led to a backlash from Republican lawmakers against the agency (Greenwire, Dec. 12, 2016).

Schnare, too, has used FOIA in his pursuit of EPA records. In a statement last month, Schnare said that some people would be happy with his selection to Trump’s transition team while others would feel the opposite.

"The President-Elect’s Transition team named me and others to the EPA Transition Landing Team today. This will upset some of you and will please others," Schnare said.

"My approach, and that of the entire transition team, is to be highly professional as we seek the information the transition team needs to create its action plans. Our job will be to ask appropriate questions and to listen."

Horner had the biggest win on public records lawsuits among the two for attorneys’ fees, according to EPA data obtained under FOIA by E&E News. In April 2015, Horner was listed as the plaintiff attorney for a settlement with EPA for $25,000 to pay for litigation costs.

One agreement in May 2014 stated that E&E Legal and the Free Market Environmental Law Clinic — Horner and Schnare’s clients — would meet with Larry Gottesman, EPA’s national FOIA officer, and Geoff Cooper, an acting associate general counsel at the agency, to discuss FOIA processing and the fee waiver process at EPA.

In addition, under the settlement, the agency would provide additional FOIA refresher training to EPA Region 10’s Office of Air, Waste and Toxics. Horner and Schnare also secured $2,350 in attorneys’ fees and costs.

Mandelbaum said EPA often doesn’t fulfill E&E Legal’s FOIA requests under the law’s deadline of 20 business days. The agency receives thousands of such requests each year that it then has to process — 10,403 to be exact, according to EPA’s fiscal 2016 report.

"In every case where we filed, EPA had run past the congressionally imposed deadline by a significant amount of time, often by more than an additional month," said Mandelbaum, who has worked on many of the group’s FOIA lawsuits.

"Our lawsuits have done tremendous good, causing the release of many tens of thousands of pages of public documents, with significant benefit to the public. Our actions have done a great deal to effectuate President Obama’s largely disregarded promise that his administration would be transparent."

In a June 2015 settlement, EPA agreed to pay $313,000 to the Landmark Legal Foundation to resolve all attorneys’ fees, costs and expenses. The conservative-leaning legal group had sued the agency under FOIA for records of communications between EPA staff and outside parties discussing pending regulations.

In a separate opinion, a federal judge blasted EPA over its handling of the request, saying the agency’s conduct "reflects poorly upon EPA and surely serves to diminish the public’s trust in the agency" (E&E News PM, March 2, 2015).

In an interview, Mike O’Neill, assistant general counsel for the foundation, said the group’s request was ignored. The settlement was so large in order to cover the hours that the foundation’s lawyers worked on the case.

"Those were for our attorneys’ hours working on the litigation," O’Neill said. "That was a bargain for EPA because there were a substantial amount of hours worked on that case."

O’Neill added, "These agencies can avoid attorney fees if they provide the records."

Others agreed with O’Neill’s assessment.

"The simple answer is that EPA repeatedly violates the law by stonewalling our requests," said Sam Kazman, general counsel for the Competitive Enterprise Institute, which has filed several FOIA lawsuits against the agency. "If EPA were complying with FOIA, we’d have no basis for our suits and EPA would have no reason to agree to pay attorney fees for them."

Public Employees for Environmental Responsibility often files a FOIA lawsuit every few weeks, which is then resolved soon after, according to Jeff Ruch, the group’s executive director. He said his group, which looks to protect federal employees, uses the public records law as "a safe whistleblower channel."

"Sometimes, employees share documents with us, but instead of using the leaked documents, we FOIA for them instead and sometimes have to sue for them," Ruch said.

Ruch also noted, "You don’t run up attorney fees unless there is a briefing about an agency’s claim of an exemption that’s found to be without merit. If it’s a righteous claim for the exemption, you don’t prevail and you don’t collect fees on that."

PEER has won several settlements with EPA over FOIA litigation, including an April 2013 agreement for $4,000 in legal expenses.

"We seldom seek recovery of fees, and when we do, don’t file unless we’ve been waiting months and months for a response and just haven’t gotten a plausible explanation for the delay," Schaeffer said.

Still, the environmental group has won attorneys’ fees from EPA, including one April 2014 settlement to pay for legal expenses.

Schaeffer said his group’s requests include an offer to narrow their scope.

"I used to work at EPA and have been on the receiving end of those, so [we] try to be reasonable," Schaeffer said.