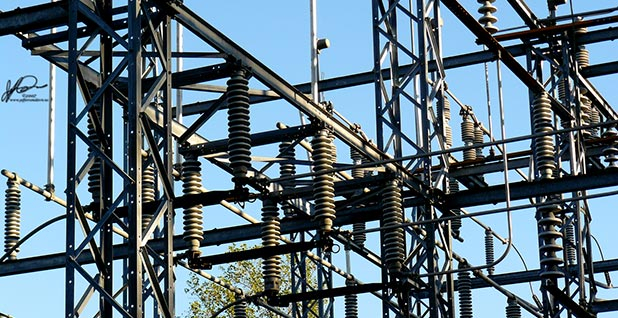 The White House is considering an executive order aimed at exploring the cost to root out and replace potentially vulnerable grid equipment at federally owned power marketing administrations. Jefferson Davis/Flickr

The effort, sources said, appears to be aimed at equipping federally owned grid assets with additional cybersecurity protections as power producers remain on the front line of cyberthreats that could disrupt their operations.

One industry source described the contents of the order as "a test bed of sorts" to see how an electric utility could adapt to a ban on parts or software from certain companies.

It could also be seen, a source said, as an example of how utilities could "rip and replace" various components of the grid, should it be found that a part is compromised and puts national security at risk.

Language in the order has floated around the industry since July, one source said, but the exact timing about whether it moves forward, or when it could be signed by President Trump, remains unclear.

The Department of Energy appears at the forefront of its consideration.

The issue of cyber protections for the supply chain has been at the top of Capitol Hill cybersecurity considerations.

In July, a House Energy and Commerce Committee hearing brought multiple endorsements of a supplier certification process as the best way to ensure components of the electric grid meet national standards for cyber protections.

Such a certification, cybersecurity experts say, could ensure that cyber protections are applied from the top down on suppliers whose parts, largely foreign made, make up the bulk power system.

Recent cyberattacks have targeted that supply chain, although none is known to have succeeded in breaching U.S. power utilities’ operational networks.

Grid authorities at the North American Electric Reliability Corp. have warned utilities about potential risks posed by equipment from Huawei Technologies Co. and other Chinese suppliers, while stopping short of banning their use (Energywire, June 27).

The power marketing administrations (PMAs) have increasingly found themselves at the center of proposals that call on them to be incubators for broader efforts on energy.

Democratic presidential candidate Bernie Sanders has advocated for an expansion of existing PMAs as a crucial step in his climate action plan.

But the PMAs have also been on the chopping block in some form during every presidential administration dating back to President Reagan.

The Trump administration has included a sell-off of PMA assets in its budget request for each of the past three fiscal cycles, although Congress has rebuffed the idea each time.