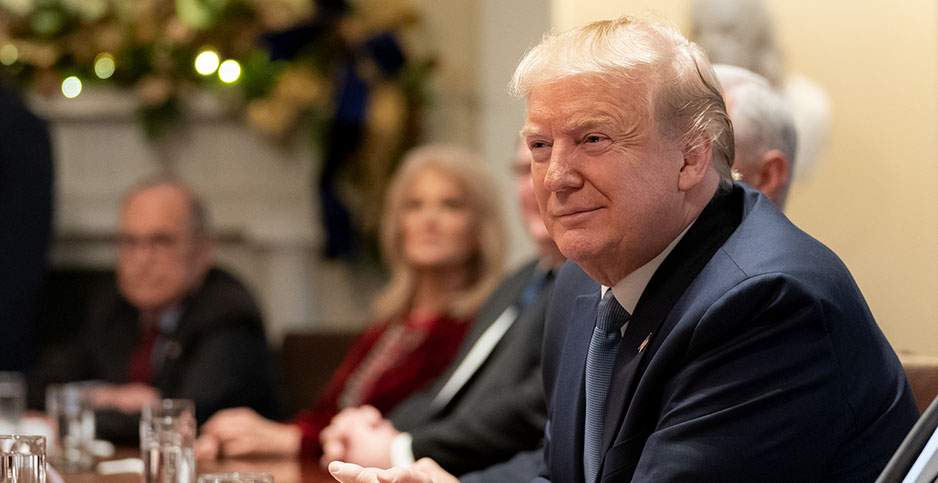 In the first half of 2020, Trump officials are hurrying to fundamentally change the way environmental rules are crafted.

The administration plans to finalize regulations that could hamstring future presidents from making rules that rely on public health studies or fail to fully consider the benefits to Americans.

Trump’s regulatory plan released last fall showed hundreds of "economically significant" actions that the administration plans to finalize this year. Of those, at least 18 are noteworthy environmental rules — on air pollution and emissions to drilling and water quality.

But it’s Trump’s rules on the rulemaking process itself that could have the most lasting impact, according to experts.

The Trump administration also plans to change the way cost-benefit analyses are calculated, weakening future limits on power plant emissions, for example. Both rules are expected to advance in early 2020.

"Those are foundational," said Betsy Southerland, a former longtime senior EPA career staffer and member of the Environmental Protection Network. "If they are finalized, from now on all environmental rules cannot count co-benefits and cannot use public health studies, then they can paralyze future rulemaking while the litigation slowly winds forward."

It would take considerable time for a new administration to reverse those rollbacks, and certain Trump actions could get lost in the morass. The Obama EPA similarly could not undo some George W. Bush-era Clean Air Act permits that allowed aging facilities to continue to operate.

But time is running out.

The administration is up against a May deadline: Any regulations completed after that point would be subject to review under the Congressional Review Act. If 2021 ushers in a new president and a left-leaning Congress, the pair could undo many of Trump’s controversial triumphs.

Generally, not much happens in the federal government during an election year, when administrations tend to enter "political lockdown." But in the Trump era, "unprecedented" is typical. And Trump continues to campaign on aggressive deregulation.

"We have cut regulations like no one in history," Trump said at a recent White House event. He also bragged that he might accelerate his deregulatory agenda and remove 12 rules for every new one, though exactly which metrics he was using was unclear.

Trump has had little success on domestic policy, so it makes sense he’s running on deregulation, argued James Goodwin, senior policy analyst at the Center for Progressive Reform.

"Deregulation is one of those things that unites the disparate corners," he said. "From big business to the wingnuts out there who believe in Pizzagate — there’s one thing they agree on: It’s deregulation. It’s useful in that sense politically."

And yet the administration, early on, had little success developing rules that withstood legal opposition, because courts deemed that they failed to comply with the Administrative Procedure Act.

But Trump officials have since become more meticulous. The rewrite of the highly anticipated Waters of the United States rule might be a good example of that, Goodwin said.

Steve Milloy, who served on the Trump transition team and publishes a blog called Junk Science, said the Trump administration has reined in an overregulating EPA, but "the deregulatory stuff needs to pick up the pace a little bit." He pointed to fuel economy standards for cars.

"There are other things that have fallen through the cracks that need to get done," Milloy added.

But Daniel Pérez, senior policy analyst at the the George Washington Regulatory Studies Center, cautioned against rushing out the 199 economically significant actions outlined in the Trump regulatory plan.

"Traditionally, rules issued towards the end of presidential administrations are often supported by lower quality analysis," he wrote in a blog last month. "Regulators will have to carefully consider this tradeoff in any decision to rush to beat the clock — particularly given agencies’ numerous unsuccessful outcomes in court for regulatory actions issued under the Trump administration."

In 2020, the administration is expected to complete several environmental priorities.

The changes most concerning to Southerland included the WOTUS rewrite, the Affordable Clean Energy repeal and other pesticide reviews that are being done under the Toxic Substances Control Act, she said. "They are racing to finalize all of the damaging rollbacks in 2020," she said.

Other drafts expected to be released in the coming weeks or months include the National Environmental Policy Act, which Trump ordered to be revised to ease permitting requirements when he first entered office; the Mercury and Air Toxics Standards, which would revoke past findings of mercury emissions and other pollutants; and the clean car standards, a joint effort of EPA and the Department of Transportation.

That two-part effort would weaken Obama-era fuel economy standards and prevent California from setting its own stricter standards (Greenwire, Nov. 20, 2019).

The Trump mantra, in a large part, has simply been to undo what Obama did.

Goodwin said that at the heart of their argument for rollbacks is "we can’t do Obama-era policy X, because we don’t have that statutory authority."

"This is actually a pretty novel legal argument that the Trump administration is pioneering — or at least stretching to new limits," he wrote in an email.

Mandy Gunasekara, a former Trump EPA official-turned-fundraiser, maintained that the Obama administration was guilty of overreach.

Heading into 2020, she said, the Trump message will be to stress deregulation but also talk up clean water and clean air.

"The focus is going to be on a positive story," she said.