Trump’s ANWR push: Will it really yield much oil? 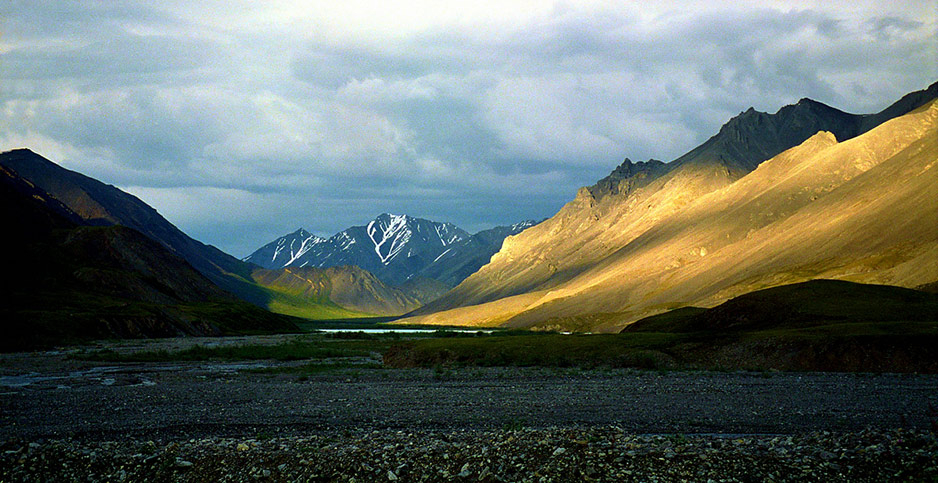 The Trump administration is pushing to hold its first lease sale for the Arctic National Wildlife Refuge this year. Jan Reurink/Wikimedia Commons

The oil potential in Alaska’s Arctic National Wildlife Refuge is unparalleled or a false promise, depending on whom you believe.

After decades of mystery, a definitive answer may come soon. Oil and gas companies will have their first shot at securing rights to drill if the Trump administration makes good on its goal to hold a lease auction in ANWR’s coastal plain this year.

Leasing in ANWR was blocked for four decades, despite consistent efforts by Alaskan lawmakers to allow opening up the coastal plain — a 1-million-acre area — to drilling. A Republican-led Congress changed that by tucking a rider into the 2017 tax overhaul.

Bold promises were made at the time: that two lease sales in ANWR within the next decade would deliver millions of dollars as eager oil firms lined up to bid.

It was a historic moment for Alaska’s pro-drilling leadership (Energywire, Dec. 22, 2017). The oil-dependent state has suffered from the industry’s decline, and waning production on the North Slope threatens the Trans-Alaska Pipeline System (TAPS) with a dwindling amount of oil that could fall below the minimum threshold to move. TAPS is both practically and symbolically central to the crude industry of Alaska.

"Alaskans can now look forward to our best opportunity to refill the Trans-Alaska Pipeline System, thousands of jobs that will pay better wages, and potentially $60 billion in royalties for our state alone," Sen. Lisa Murkowski (R) said in 2017.

But just what ANWR holds for the sector is still unknown.

Until recently, many industry observers thought that new seismic testing would offer insight into the territory’s oil potential ahead of the sale, but those plans — contested heartily by conservation groups — were punted until at least next year.

Plans for aerial surveys came next, in an attempt to glean a little more data with less of a footprint, but a French company proposing to do the survey announced midsummer that it would not move forward.

If the Trump administration completes its final environmental review in the coming months, an auction could follow before the close of 2019.

All without data on what oil and gas may, or may not, lie under the surface.

With so little to go on, and so much at stake, the ANWR victory for proponents of drilling could be short-lived.

There is one source of answers about ANWR’s potential, but it is a closely guarded secret. In 1986, a group of players including two Alaska Native corporations, BP and Chevron drilled test well KIC-1, capped it and kept the results to themselves.

For opponents of drilling in the refuge, KIC-1 gnaws at their doubts and hopes.

The story offered a new argument for drilling opponents, who began to ask why a pristine ecosystem should be sacrificed, if for so little economic gain.

The administration’s rush to lease this year is ideological, not economic, said Kate Kelly, public lands director at the Center for American Progress. Oil and gas firms are sitting on significant acreage of leases that are still undeveloped.

"I do think the fact that this administration is attempting to move ahead with the lease sale, without a better sense of what resources lie beneath, exposes their motivation," she said. "They are relying on nearly 40-year-old data and a test well that very well could be dry."

But the coastal plain isn’t a complete mystery, and proponents argue that even a good field can produce a dry hole.

There are outcroppings of rock — the same source material that lies under ANWR — that have been pushed to the surface bearing oil hundreds of miles away. There is a seep near Kaktovik, a village on the coast.

ANWR’s coastal plain also lies in a straight line between successful discoveries in Alaska and successful discoveries in Canada. In the mid-1980s, a group of companies paid for two-dimensional seismic data to map the region’s subsurface potential, revealing a complex spectrum of possible hydrocarbon locations, said David Houseknecht, a geologist for the U.S. Geological Survey and a national expert on the rock lying under ANWR’s coastal plain.

At this point, no one knows who will show up to the sale, how much they will pay or if they will play at all.

"It’s just not something that is discussed within industry," said Kara Moriarty, president of the Alaska Oil and Gas Association. "If you are going to participate in an auction, you don’t want your neighbor to know you are going to put up a bid. It is a tightly held, guarded piece of the industry, of who and how much."

Alaska already has fewer players than some states because of the expense of drilling in the extreme temperatures and remote landscapes of the far north, but there are a variety of types of players, from small to multinational, she said.

The larger firms may be obvious choices as participants in the sale, like BP, which has operated in the Prudhoe Bay field since 1977.

Few companies weighed in during public comments on the draft environmental impact statement for the lease sale. One that did, however, was Chevron, one of the two companies that know the results of the KIC-1 well. The firm asked that the Bureau of Land Management "not prejudge potential or preferred development locations," leaving that to exploration.

Industry groups like the American Petroleum Institute and the Alaska Oil and Gas Association filed comments to collectively represent their oil firms, supporting the most aggressive development scenario considered by the federal government.

Conservation groups that have been watching every detail of ANWR drilling are turning their attention to the companies that paid for the two-dimensional seismic work and are privy to its contents. Royal Dutch Shell PLC and Hess Corp. would both be in the know.

Drilling skeptics are also keeping an eye on the Arctic Slope Regional Corp., the Native corporation that owns the mineral rights under the coastal plain area at issue. ASRC is one of the few organizations to have access to information regarding the KIC-1 well.

Neither BP nor ASRC responded to requests for comment.

A spokeswoman for Chevron said the company would not comment on "existing or future plans at ANWR. Chevron will consider this opportunity in the context of its global exploration portfolio."

Houseknecht, the USGS geologist, said whether companies chase leases in ANWR or not is a "crapshoot."

Firms may move to secure leasing while they can, in case a future administration has a change of heart. Or they could see the risks as too great and the play as too risky, too "frontier," to warrant the cash risk, he said.

Opponents say leasing ANWR comes with risks in addition to the wildcatter’s gamble. Oil firms could have to spend money on litigation, as leasing and drilling in ANWR is likely be fought at every turn (Greenwire, Aug. 1). They could also have their reputations bruised by a vocal contingent of conservationists.

"I think in many ways, the amount of oil in the refuge is irrelevant," said Kelly of the Center for American Progress. "No amount of oil justifies drilling in the heart of the refuge, full stop."

Mapping the coastal plain is conjecture and code-breaking, but the tremendous risk comes with equal potential, experts say.

At 7 billion barrels of possible oil to recover — the mean estimate from USGS in a 1998 study — the plain could offer reserves available through conventional drilling at amounts unheard of in today’s oil exploration environment, said Houseknecht.

To get that kind of oil by conventional means — just drilling down and tapping a bathtub full of crude — wildcatters would normally have to look to politically risky regions of the world or in deep waters offshore, like in the Gulf of Mexico, where exploration and production firms are concentrating more of their offshore efforts.

"There are just very few opportunities for companies to explore for billion-barrel oil accumulation," Houseknecht said.

And though drilling in the far north carries a hefty cost, a larger oil field could offset spending compared to the long, horizontal wells backed up by massive hydraulic fracturing techniques in shale plays like Texas’ Eagle Ford.

Alaska has a lot on the line in ANWR.

Its dependence on diminishing oil supplies is threatening the core source of funding for the state, which eschews income and sales taxes in favor of drawing money from the oil and gas industry.

In a 2009 report by the National Energy Technology Laboratory, researchers warned that without further discovery and development of crude in Alaska, the falling production of existing oil fields would hit a crisis point — dipping below the minimum level to keep the Trans-Alaska Pipeline System operating.

Joe Balash, Interior’s assistant secretary for land and minerals management, said in a recent interview with E&E News that responsible development of ANWR is personal for him and that he wanted to prove it could be done. Balash, an Alaskan, was formerly the commissioner of the Alaska Department of Natural Resources (Energywire, July 23).

For Houseknecht, a lease sale in ANWR would close a chapter in his professional work, but he feels ambivalent about the outcome, he said.

"It’s kind of like a forbidden romance," he said of ANWR’s secrets. "In a way, it will be sad to see [the lease sale] happen."