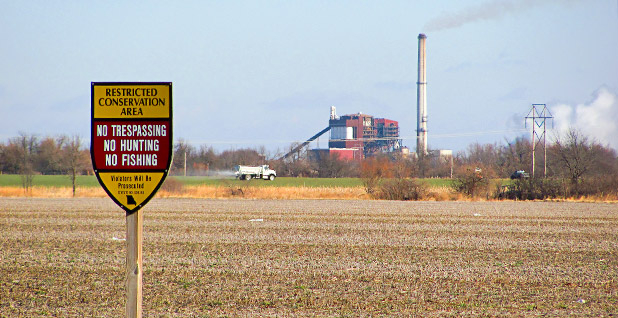 Land O’Lakes Inc. has been crafting a program to provide farmers with some of the conservation assistance they typically receive through the Department of Agriculture, becoming one of the first major agribusinesses to try to make land-saving technical assistance profitable on a big scale.

The timing looks just right. The White House’s budget outline released last week would slash USDA spending by 20.7 percent overall, with potentially deeper cuts at individual agencies. Staff would be cut in county-level service centers, the administration said, as the government moves toward more conservation provided by companies and corporations.

"We think we can help deliver some of these services," said Tina May, senior director of sustainability at Land O’Lakes, at a farm bill summit in Washington this week when asked about the potential effect of cuts to federal conservation field offices.

But handing over too much conservation to companies probably isn’t viable in the long run, farm policy experts and people in the conservation business said.

As unlikely as President Trump’s budget is to advance in Congress, conservation groups say they can’t rule out some reductions if Republican lawmakers want to show support for the president’s quest to remake the bureaucracy.

That’s where Land O’Lakes could step in. Called Sustain, the company’s co-op’s effort relies on a staff of 14, plus agronomists at its smaller, grain-dealing cooperatives. Its work on farms is being led by Jason Weller, former chief of the USDA Natural Resources Conservation Service in the Obama administration. A full rollout is a few months away, the company said.

If sustainable farming practices help farmers by boosting yields, for instance, Land O’Lakes figures it’s profitable for the company. "We need to talk to farmers about conservation and how they can make money from it," May said.

Farmers in the 3,825-member cooperative sign up for the program, which helps them devise plans for managing manure, planting cover crops and using other techniques that improve farmland viability. The company figures that farmers trust the agronomists at their local grain retailer, for instance — who often happen to work for Land O’Lakes affiliates.

Private-sector conservation isn’t new in the United States; programs to encourage public-private partnerships have been in place since the 1990s. But they haven’t flourished, and Trump’s budget outline appears to take a much more ambitious approach, said Ferd Hoefner, senior strategic adviser at the National Sustainable Agriculture Coalition.

Public-private partnerships are a "great idea" that help make up for short-staffed USDA offices, Hoefner said. But it’s questionable whether companies can make a profit providing conservation assistance, and private conservation services can probably replace publicly funded ones only in "very targeted" ways, he said.

"I do not think the private sector could replace the USDA, but I do think the TSP arrangement is a very good way of tackling the notable workload and assisting the agency in staying on track with workload timelines and goals," said John Coleman, a technical service provider in Zion Grove, Pa. Changes in government policies over time require USDA staff in local offices, he said.

The Trump administration’s proposal appears serious about embracing private conservation. It resembles a budget recommendation from the conservative Heritage Foundation, which earlier this year said the government should eliminate technical assistance and let private companies provide that service.

A more detailed budget will come in May, the administration has told Congress. Lawmakers aren’t cheering the idea. Early indications suggest the budget reductions the administration seeks can’t be reached without closing USDA service centers, which would also affect county-level conservation districts that work closely with the NRCS, congressional aides and farm organizations said.

Because some programs, such as wildfire suppression and nutrition programs, weren’t cut, remaining ones would have to be slashed by more than 30 percent to achieve a 20.7 percent cut across USDA, they said.

The federal government should find ways to boost conservation that involve companies but don’t step back USDA’s role, said Dave White, a former chief of the NRCS.

"I do think there’s room for the private sector to engage more, but we’ve got this marvelous infrastructure, this delivery system in this nation that is nowhere else in this arm of the galaxy," White said. "The farm gate is open to USDA because we honor and respect the producer and we keep their information confidential, but we still have to have enough people out there to actually do the job."