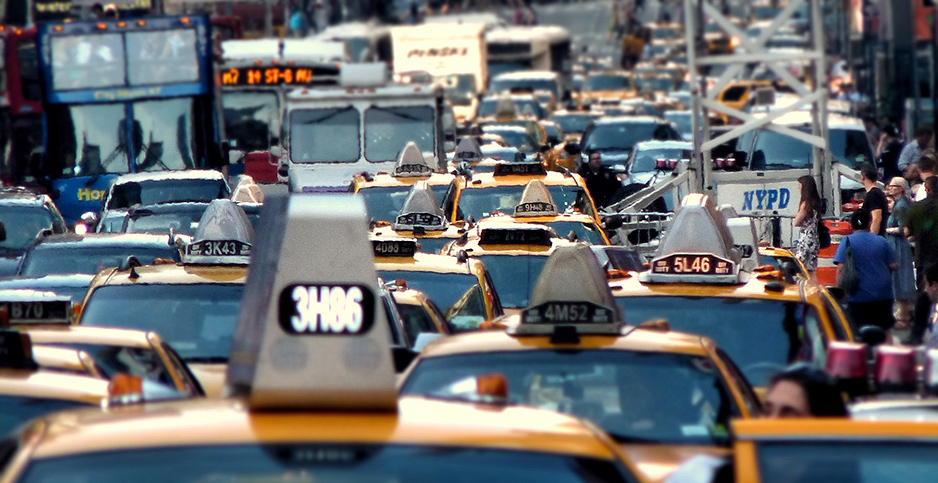 The Trump administration's rollback of clean car standards could lead to a net negative cost to society, including hundreds of premature deaths from air pollution, according to its own analysis. b k/Flickr

On Page 1,525, the Trump administration’s rule to roll back emissions standards for cars offers a striking assessment: it could cause 444 to 1,000 premature deaths from air pollution.

That’s just one remarkable figure tucked away in the Safer Affordable Fuel Efficient (SAFE) Vehicles Rule, which EPA and the Department of Transportation released earlier this week.

Other figures show the rollback could result in a net cost to society of $13.1 billion and also cause hundreds of additional cases of respiratory illnesses in comparison to the clean car standards established by President Obama, according to an E&E News review of the document.

In public remarks, Trump administration officials have insisted the rollback would benefit society by increasing traffic safety and lowering the price of new cars.

But to critics, including half a dozen former EPA staffers, these figures tell a different story: The rollback could harm public health and the economy at a time when the country is reeling from the effects of the COVID-19 crisis.

"We’re in the middle of the coronavirus catastrophe, which is killing people, and they’re doing a rule that is actually going to be harmful to people’s health and lead to more deaths," said Chet France, a former career staffer in EPA’s transportation office.

"It’s absolutely astounding to me," added France, who now serves as a consultant for the Environmental Defense Fund.

Mustafa Santiago Ali, who spent 24 years at EPA focused on environmental justice and now works at the National Wildlife Federation, agreed with that assessment.

"Let’s be clear because lives are at stake," Ali said. "Over 100,000 people are dying prematurely from air pollution each year in our country and the numbers have been increasing since 2017."

The rollback, he added, would result in "an increase in chronic disease, making our most vulnerable more susceptible to viruses like COVID-19."

In response to a detailed list of questions from E&E News, EPA and DOT pushed back on the notion that the rule would harm the public.

"The SAFE Rule makes newer, safer, cleaner cars more accessible to American families, savings lives and creating jobs," a spokesman for the National Highway Traffic Safety Administration, the division of DOT responsible for the rule, said in an email.

Trump administration officials have asserted repeatedly that the SAFE Vehicles Rule would save lives.

In particular, they contend that the rule would lead to 3,300 fewer traffic fatalities through model year 2026. A model year refers to the year in which a new car is marketed.

Their argument goes like this: The rollback will reduce the price of new cars. That will encourage more Americans to ditch their older cars and purchase newer, safer models. The presence of newer, safer cars on the nation’s roads will then prevent thousands of fatal car crashes.

Transportation Secretary Elaine Chao reiterated this argument on a conference call with reporters after the SAFE Vehicles Rule was released.

"We estimate that this historic update to fuel economy standards will, one, save thousands of lives [and], two, prevent hundreds of thousands of injuries," Chao said.

But Dave Cooke, senior vehicles analyst at the Union of Concerned Scientists, questioned the accuracy of the 3,300 figure.

Cooke said the Trump administration misinterpreted something called the "rebound effect," an economic theory that predicts people will drive more if their cars get better gas mileage.

That led the administration to greatly overestimate how many miles people would drive — and how many car crashes would occur — if the Obama-era standards were left in place, he said.

If the administration had corrected its errors related to the "rebound effect," it would have found that the rule would only prevent 700 traffic fatalities, Cooke said.

Then there’s this: The projected traffic fatalities do not account for the lives lost from air pollution.

The aforementioned figures on Page 1,525 of the rule show that the rollback could significantly increase air pollution from vehicle tailpipes, which could lead to an additional 444 to 1,000 premature deaths and an additional 235 emergency room visits due to respiratory illnesses.

"So on the low end, the deaths from air pollution may cancel out the lives saved from car crashes," Cooke said. "And on the high end, the rule may cause even more fatalities."

Richard Revesz, director of the Institute for Policy Integrity at the NYU School of Law, was more blunt.

"These are not minor health issues. These are premature deaths," Revesz said. "So the administration’s not only burying the numbers, it’s also burying more people."

An EPA spokeswoman stressed that the estimates of premature deaths are "not an exact science."

"The premature death numbers reflect an approximation of possible impacts in statistical lives but are arrived at through short-form tools which are not an exact science," spokeswoman Andrea Woods said in an email to E&E News. "EPA has recently completed a study to try to improve these tools, as they frequently overestimate by as much as 10% the impacts of criteria pollutants.

"This speaks to the impacts of emissions from all vehicles on the road already," she added. "This is a significantly long period of time to estimate impacts over, which further speaks to the uncertainty around the numbers being seen as an exact impact."

Trump administration officials also have asserted that the SAFE Vehicles Rule would provide a net benefit to society.

On the conference call with reporters, for instance, Chao called the rule a "win-win-win solution" for consumers, the economy and the environment.

Figures on Page 13 of the rule paint a different picture.

The figures address something called the "discount rate," which economists use to predict how the value of money declines over time due to inflation and other factors. Under a 3% discount rate, for instance, a dollar today would be worth 97 cents in a year.

Margo Oge, the former director of EPA’s transportation office under the Obama and Clinton administrations, said she couldn’t recall producing a rule that had a net negative cost to society.

"When I was at EPA, we always used the 3% discount rate, and I don’t think I ever experienced any regulatory effort where the cost to the consumer would be greater than the benefits," Oge said.

"It makes no sense to take a regulatory action that would negatively impact society," she added. "But that’s exactly what they are doing."

The spokesman for the National Highway Traffic Safety Administration stressed that the rule had a net benefit to society under a 7% discount rate, which he asserted was more accurate.

"While cost and benefits are discounted at both 3% and 7% in the analysis … 7% is a better approximation of the impacts of the standards," the spokesman said in an email.

"Discounting at 3% vastly understates the time value of money and leads to a significant undervaluation of upfront costs, such as new vehicle purchases, compared to future costs, such as fuel savings in 10 years," he added.

But Revesz said the Trump administration could have trouble defending the rule in court, noting that judges could be highly skeptical of its net cost to society under a 3% discount rate, which is widely accepted by economists.

In the 2015 case Michigan v. EPA, for instance, the Supreme Court found that federal agencies must engage in "reasoned decision-making" that considers all relevant factors, including net cost to society.

"No regulation is ‘appropriate,’" the justices explained in a 5-4 decision penned by the late Justice Antonin Scalia, "if it does significantly more harm than good."