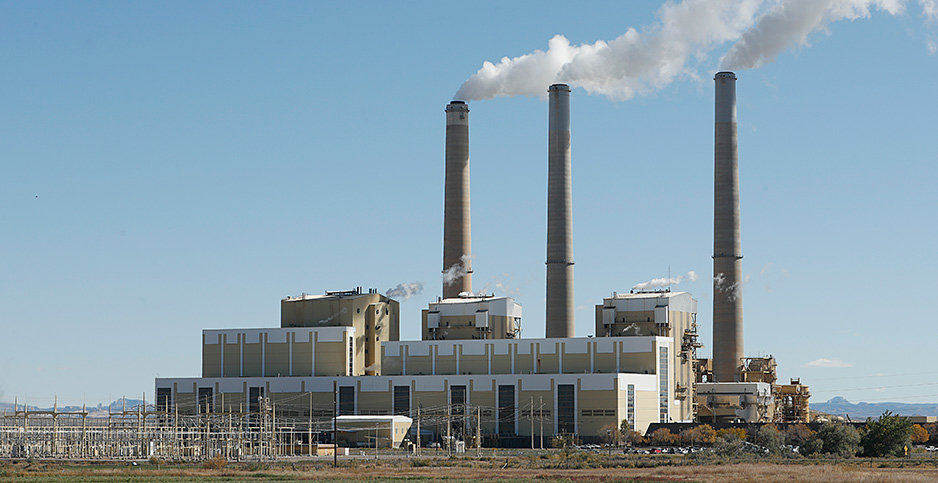 Business groups today mounted a last-ditch defense of Trump-era cost-and-benefit forecasting requirements for future Clean Air Act regulations while environmental and public health advocates urged the Biden administration to follow through with an initial decision to scrap them and then go further.

"Where in the benefit-cost analysis do you capture the trauma that comes from watching your child struggle to breathe?" Rebecca Bratspies, a City University of New York law professor, rhetorically asked near the end of a two-hour EPA virtual public hearing this morning.

If allowed to stand, Bratspies said, the forecasting requirements would undercut the Biden administration’s plans to reduce the outsize impact of pollution on people of color.

But industry representatives like Kathleen Sgamma, president of the Western Energy Alliance, asked EPA to amend, not end, what they described as an effort to add more accountability to the agency’s process for setting rules that may carry significant compliance costs.

"If the benefits cannot be shown from regulations, then we have to start to wonder what are we doing with regulations," said Sgamma, whose organization represents independent oil and gas producers. "I think it is important to ensure EPA is transparent."

The hearing was a follow-up to an EPA interim final rule issued last month rescinding the Trump-era requirements, which had been laid out last December under the aegis of "Increasing Consistency and Transparency in Considering Benefits and Costs in the Clean Air Act Rulemaking Process" (Greenwire, May 13).

While the Trump administration had portrayed the new regimen as a good-government measure aimed at fostering confidence in future air regulations, critics saw it as a backdoor ploy to make it harder for the agency to pursue needed safeguards. In last month’s interim rule, the Biden administration dismissed the requirements as "inadvisable, not needed and untethered" to the Clean Air Act.

EPA now intends to follow up with a final rule that is almost certain to lock in its preliminary decision. The agency could also make major changes to a Trump-era draft of accompanying guidelines for preparing economic analyses.

At the hearing’s outset, Tomás Carbonell, deputy assistant administrator for stationary sources in EPA’s air office, said the agency was voluntarily holding the hearing to inform its decisionmaking. Neither he nor two other air office employees posed any questions to the approximately 20 speakers.

While EPA customarily accompanies major new air quality rules with "regulatory impact analyses" outlining their expected costs and health gains, the Trump administration regimen had laid out a string of mandates to be followed in the future. Among them were "a statement of need" spelling out the problem to be addressed, a listing of the regulatory options that were considered, and scientific evidence showing at least "a likely causal relationship" between pollutant exposure and health effects.

EPA also would have to break out the projected health gains to make clear the difference between the benefits of pollutant reductions directly targeted by the planned regulations and other indirect "co-benefits." The requirements were a follow-up to an earlier Trump administration decision to revoke the legally required justification underpinning Obama-era air toxics standards for coal-fired power plants on the grounds that they improperly relied on expected co-benefits. The Supreme Court had questioned that reliance in a 2015 ruling. While EPA later laid out a detailed defense of its position, industry organizations argue that co-benefits sometimes represent a "double-counting" of projected public health improvements.

As then-Administrator Andrew Wheeler, an appointee of President Trump, acknowledged in issuing the new requirements last year, they would have given foes of specific regulations a new foothold for court challenges.

At today’s hearing, Gary Ewart, a lobbyist for the American Thoracic Society, said that one of the goals "was to create more legal options" for industry opponents to contest not just new regulations, but the cost-benefit analyses underlying them.

As E&E News reported last fall, a former lobbyist for the National Association of Manufacturers oversaw drafting of the requirements as a political appointee in EPA’s air office (Greenwire, Oct. 20, 2020). At the hearing, Rachel Jones, the association’s vice president of energy and resources policy, touted manufacturers’ work to curb air pollution but reiterated that "every regulation comes with a price tag, and those costs matter."

Bratspies, who sits on EPA’s Children’s Health Protection Advisory Committee, and other critics of the Trump administration’s approach also urged the agency to do more than reinstate the earlier status quo.

"There still remain existing requirements or analytical approaches that improperly foreclose flexibility in assessing regulatory impacts," said James Goodwin, a senior policy analyst at the Center for Progressive Reform, where Bratspies is a member scholar. "The EPA must work to identify them and eliminate them."