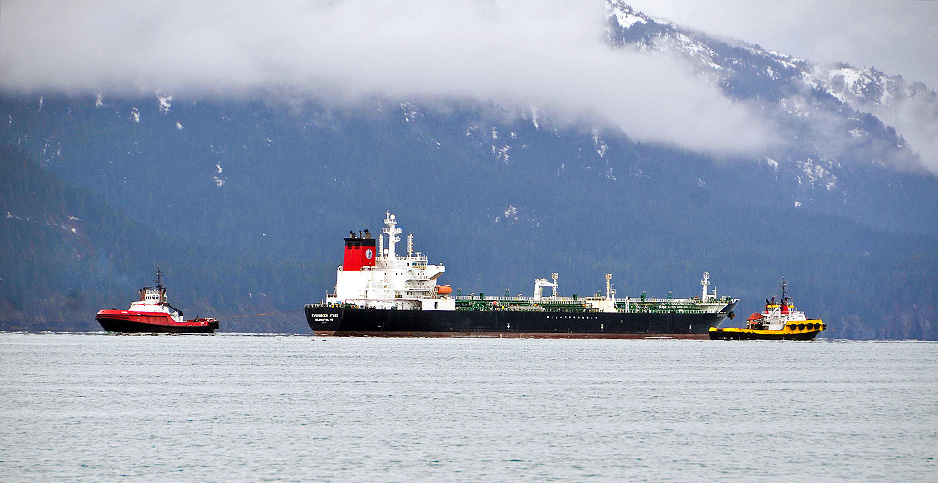 Nov. 8, 2016, was a time of triumph and hope for Alaska Republican Sen. Lisa Murkowski as she watched election results with a crowd of supporters at 49th State Brewing Co.’s brewpub in downtown Anchorage.

Murkowski easily won re-election. Then the GOP held control of the U.S. Senate, giving Murkowski another chance to help shape federal policy as chairwoman of the Senate Energy and Natural Resources Committee.

But the final coup came well into the evening when the networks flashed news alerts reporting the results of the presidential race: Republican Donald Trump had won.

Murkowski hadn’t supported Trump. But that didn’t matter on election night as the Alaska Republican confidently asserted that the new president would pave the way for oil and gas development in the Arctic National Wildlife Refuge.

Now, a year later, the Republicans are closer than ever to opening ANWR to drilling.

Today, Murkowski’s committee is due to mark up her bill allowing exploration in the Arctic refuge’s coastal plain. If the measure is approved by Congress, it would almost certainly be signed into law by the president (E&E Daily, Nov. 9).

In the year since Trump’s election, the federal government has begun a radical reversal of President Obama’s ambitious wildlife preservation policies for Alaska.

During his eight years in the White House, Obama blocked seismic studies on ANWR’s coastal plain. He outlawed oil and gas development in most of the Arctic Ocean and in Bristol Bay along Alaska’s southwestern coast. And he placed almost half of the 22.8-million-acre National Petroleum Reserve-Alaska (NPR-A) off-limits to development.

In total, Obama preserved at least 170 million acres of federal lands in Alaska.

But all that is changing under Trump. As Interior Secretary Ryan Zinke declared in May, today Alaska "is open for business."

While Congress considers the ANWR legislation, Trump administration geologists are beginning a new analysis of the amount of oil and gas available in the Arctic reserve.

At the same time, Zinke is taking steps to expand hydrocarbon development in the NPR-A. And he’s paving the way for oil and gas leasing in the U.S. Arctic Ocean.

But environmental organizations are fighting back, vowing to use the courts to thwart Trump’s extraction plans for Alaska.

Kristen Monsell, a senior attorney at the Center for Biological Diversity, said environmental activists are prepared to "fight every step of the way" against Trump’s plan to expand industry activity in the Last Frontier.

"The administration is turning over some of the most pristine lands we have left to the oil companies so that they can suck the dirty fossil fuels out of the far reaches of our country," she argued. "That’s just unacceptable."

According to Nicole Whittington-Evans, Alaska regional director for the Wilderness Society, "[t]he question really is: Do we have a desire as a nation to protect certain parts of the Arctic? Or should Alaska’s entire North Slope be open to oil and gas development?

"Because that’s what we’re looking at with the Trump administration," she said. "That’s really what’s at play right now."

Many questions about ANWR

ANWR has been the first big Alaska issue to attract the public attention since Trump’s election.

For more than 20 years, the Alaska congressional delegation has repeatedly introduced legislation to open the reserve’s 1.5-million-acre coastal plain to oil development. Each time they were undercut by Washington Democrats and conservationists who consider ANWR to be the Holy Grail of the environmental movement.

Murkowski’s new ANWR legislation has the best chance yet of winning congressional approval, primarily because it’s being advanced through the budget reconciliation process. As a result, the Republican-controlled Senate can adopt the measure by a simple majority vote, making it difficult for opponents to block oil drilling in the refuge.

However, oil companies may not be interested in bidding on oil and gas leases on the coastal plain until they have a better understanding of the region’s potential hydrocarbon reserves.

Currently there is scant information on how much recoverable oil and gas are available in those lands. In 1986, a consortium of oil companies drilled a single well in northeastern ANWR, 15 miles from the village of Kaktovik. But the results of that probe are among Alaska’s best-kept secrets.

In 1998, the U.S. Geological Survey calculated that ANWR’s coastal plain, together with nearby Native lands and adjacent state waters, could hold between 5.7 billion and 16 billion barrels of recoverable oil.

Now Zinke has ordered USGS researchers to reassess the coastal plain, also known as the 1002 area, by reprocessing decades-old 2-D seismic data and examining data collected on wells sunk just outside of the Arctic reserve. That analysis is due for release late next year.

Even if Murkowski’s ANWR bill becomes law, some industry analysts doubt that the coastal plain will attract industry investment due to continued low oil prices and the high cost of operating in the remote, frigid Arctic.

Raymond James & Associates analyst Pavel Molchanov predicted that "even if ANWR were to go through in Congress, which is very debatable on political grounds, the practical impact would be negligible."

"There has been no drilling historically in ANWR, which means all the infrastructure has to be built from scratch, making it a high-cost area that is high-risk to drill," Molchanov said.

But not everyone agrees. Former USGS Director Mark Myers noted that oil industry infrastructure is already in place a few miles west of the Arctic refuge at Exxon Mobil Corp.’s Point Thomson oil and gas facility.

The Exxon operation includes an oil processing facility and a pipeline with the capacity to move 70,000 barrels of oil per day. Right now, the company is shipping less than 10,000 barrels of liquid natural gas condensate each day to the Trans-Alaska Pipeline System.

Meyers, who also served as the state of Alaska’s natural resources commissioner, predicted that passage of Murkowski’s ANWR bill would spur oil companies to conduct a new round of 3-D seismic studies in the coastal plain.

"I think if companies have confidence in the administration actually holding a lease sale, there would be enough interest in the industry certainly to shoot the seismic," he predicted.

"I think that any operator that’s interested in ANWR would come up against some pretty serious roadblocks," Wolters suggested. "Those might be able to be overcome, but it would definitely require some commitment."

Even before Trump’s election, the oil industry was taking a harder look at the National Petroleum Reserve-Alaska thanks to three massive new oil discoveries in and around federal lands in the northwestern corner of the state.

Early this year, ConocoPhillips Alaska announced a 300-million-barrel oil find at its leases within NPR-A. In addition, Caelus Energy LLC reported the discovery of roughly 2 billion barrels of recoverable oil at its state leases just north of the petroleum reserve. However, due to financial issues, the company has suspended plans to drill an appraisal well at the Smith Bay site this winter.

Now USGS is conducting a new geological assessment of the oil and gas potential of NPR-A and the surrounding regions. That report is due to be released in the coming weeks.

Meanwhile, the Bureau of Land Management has scheduled a Dec. 6 lease sale for all NPR-A lands available for oil and gas development under the existing federal management plan.

However, this year’s NPR-A lease sale isn’t likely to attract aggressive bidding because ConocoPhillips scooped up much of the petroleum reserve’s most promising lands at last year’s BLM auction, Wood MacKenzie’s Wolters observed.

Bidding would mushroom if more petroleum reserve lands were available for oil and gas leasing. But no additional territory can be offered until Interior rewrites the Obama-era integrated activity plan for NPR-A, which will take years to complete.

ConocoPhillips and other companies are particularly interested in exploring lands near Teshekpuk Lake, which are now protected as critical habitat. That 3.65-million-acre special area is located directly west of ConocoPhillips’ latest oil discovery.

Trump’s drive to increase oil and gas development in Alaska is part of his "energy dominance" campaign for the nation. In most cases, rolling back Obama’s land preservation initiatives will require the administration to rewrite existing federal regulations, a process that can take years to complete.

But three months after his inauguration, Trump took direct action by issuing an executive order that reversed Obama’s ban on oil drilling in much of the Arctic Ocean and part of the Atlantic Ocean.

That step was immediately challenged by a coalition of environmental groups. In a lawsuit filed in U.S. District Court for the District of Alaska, the environmentalists charged that the president doesn’t have the legal authority to reverse Obama’s protections for the Arctic and Atlantic offshore areas (Energywire, Nov. 9).

Even if the Trump administration prevails in that lawsuit, however, the oil industry isn’t likely to bid for leases in the Chukchi Sea because of the long shadow of Royal Dutch Shell PLC’s disastrous Arctic drilling program.

Shell invested seven years and more than $7 billion in hopes of finding a mother lode of oil in the Chukchi. But in 2015, the company announced that it had found insufficient oil and gas at its leases. Shell shuttered its Arctic exploration program and left Alaska.

Today, the Chukchi Sea remains an anathema to the oil industry. "I think that it’s just so expensive, it’s just so remote," Wood MacKenzie’s Wolters said. "I don’t see any action there in the foreseeable future, even with a supportive administration."

But the Beaufort Sea might be a different story. Oil companies are already pumping crude from state and federal Beaufort Sea leases that are located close to Alaska’s northern coast. In addition, two more offshore petroleum development projects are already on the drawing board for the area.

The Trump administration is fast-tracking regulatory review of Hilcorp Alaska LLC’s oil development project at its Liberty leases and Italian company Eni SpA’s proposal to explore for oil at its Nikaitchuq North unit.

Those ventures are located in a 2.8-million-acre sliver of Beaufort Sea waters that was excluded from Obama’s sweeping executive order protecting the American Arctic.

But Interior cannot auction new leases in the Chukchi or Beaufort seas until regulators rewrite the government’s five-year offshore oil and gas leasing plan, which now excludes all Arctic leasing. The Bureau of Ocean Energy Management has already begun developing a new leasing plan for 2019-2024.

Wolters predicted that with oil prices not expected to go over $70 per barrel through 2020, "explorers are going to take another look at mature basins and what has been passed over in the past that would be a lower-cost target that they could go after now."

In Alaska, that’s likely to mean more oil and gas development in NPR-A and on state lands.

But although Trump is moving quickly to open more of Alaska’s hydrocarbon-rich lands to development, the final industry drilling decisions will be based on each company’s long-term investment strategies.

"People like to have the conversation about oil prices, but that lacks any strategic understanding of what any company is looking at," noted Chris Guith, senior vice president for policy at the U.S. Chamber of Commerce’s Global Energy Institute.

"These are multibillion-dollar investments with multidecade timelines."