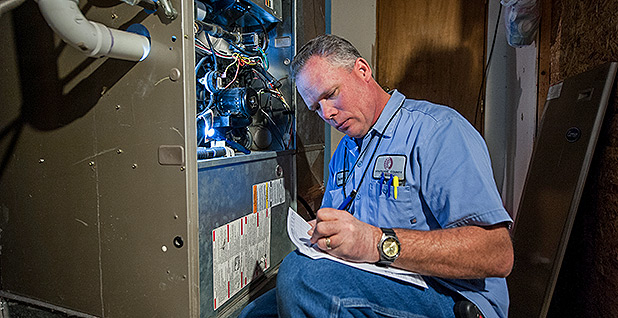 The Department of Energy’s Weatherization Assistance Program (WAP), which provides grants to states to help low-income families, the elderly and the disabled make low-cost improvements to upgrade home energy efficiency, is on the chopping block under Trump’s proposed "skinny budget" for fiscal 2018 (Greenwire, March 29).

The White House has said that killing the program would "reduce the federal intervention in state-level policy."

But Rep. Mike Simpson (R-Idaho), chairman of the House Energy, Water Development and Related Agencies Appropriations Subcommittee, is not on board.

Simpson’s comments came after his subcommittee heard from a vocal group of supporters of the program who testified at a public witness hearing yesterday. Most of them asked appropriators to fund the program at $230 million, a slight increase over the $225 million that was included in an omnibus spending bill passed by the House yesterday.

That inclusion was hailed as a victory by legislators, including Rhode Island Democratic Sen. Jack Reed, who said in a statement that he and Sen. Susan Collins (R-Maine) led efforts to delegate funds for the program.

But supporters of WAP and other energy efficiency programs within DOE still feel the need to make their voices heard as the fiscal 2018 funding process heats up.

"Should federal funds for WAP be zeroed out, the impact will be devastating for our community," said Daniel Rieber, weatherization director at the Northern Manhattan Improvement Corp., at the hearing. "Pressures on rent will force people out of their homes."

Rieber said that nonprofits and housing agencies that rely on WAP funds would be forced to defer maintenance, endangering the health and safety of residents.

Another consequence of the proposed cuts, said David Hepinstall, executive director of the Association for Energy Affordability Inc., is that program staff and contractors would lose their jobs and move on to other types of work.

"This would be a huge loss to communities," he said.

Several witnesses similarly defended the smaller State Energy Program, which provides funds to governors to manage energy emergencies, help with efficiency improvements and assist businesses in lowering energy costs. They asked for funding for SEP ranging from $50 million to $70 million.

"Volatile energy costs have a tremendous negative impact on our economy, and energy efficiency is the way we can stabilize those," said Stephen Cowell, president of E4TheFuture. "We need to continue things like WAP, the state energy program. … You guys can’t walk away; you’ve got to work with each of the states in helping craft energy policy."

"I welcome your testimony so much. You have found very receptive ears on this panel, but especially with this member," she said.