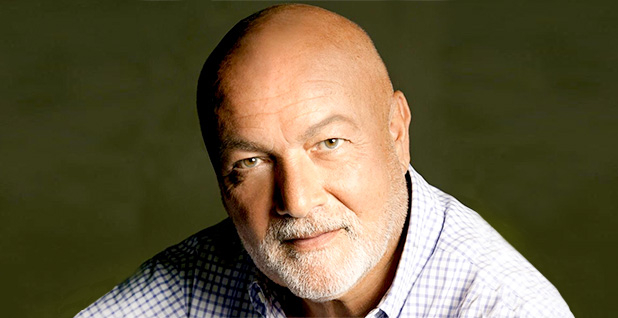 Ed Russo has been getting a lot of phone calls from worried environmentalists.

"Everybody’s pretty nervous. I’ve been getting calls from all across the country and beyond," Russo said in an interview this week. "They all want to know the same thing: ‘What’s going to happen, Ed? What are we going to do?’"

Russo, 70, has worked as an environmental consultant for the Trump Organization since 2001. Earlier this year, he released a book called "Donald J. Trump: An Environmental Hero."

It chronicles how Russo, a longtime environmental advocate who was skeptical of Trump’s motives, was won over as Trump gave him leeway to develop what he views as aggressive sustainability plans for major development projects — including golf courses in New Jersey, Scotland and along the Potomac River in Virginia.

"I was able to do a lot of significant and sometimes spectacular environmental improvements, and he was the genesis for it," Russo said.

When Russo tells Trump’s critics the title of his self-published book, he said, "You can see their brain starting to melt. They can’t accept this."

Trump’s surprise election win has been very good for Russo — and his book.

"I have a lot more friends today than I had three weeks ago," he said yesterday.

As for book sales, "They’re starting to move now. I gave away more than I’ve sold, because nobody takes this seriously." But now, "it’s like, ‘Hey, guess what, pal? He’s president. You better take it seriously.’"

In addition to the nervous calls from some of his friends, he’s been getting calls from radio stations and newspapers wanting to interview him about what Trump might do on the environment.

Russo noted that Trump has already softened his tone after taking some hard-line stances on climate change and other environmental issues. Yesterday, for example, he indicated that he’d keep an open mind on the Paris climate accord, after he previously pledged to withdraw the United States.

Russo criticized the environmental movement for concentrating too much on climate change and not enough on other problems like dirty air and dirty water.

"Let’s talk about all this nebulous bullshit amorphous nothing, when in your town, in my town, in county and state and countries, there’s environmental things happening that we have to clean up right now which will have an effect on climate change, and that’s what it should be. Not everybody going on vacation because everybody’s hiding behind the Paris summit. It’s bullshit."

He added, "We’ve got to roll up our sleeves and start doing shit."

Russo said he’s still close to Trump, and he and his wife were with the billionaire at the New York Hilton as results rolled in on Election Day. In a photo of Trump of that night that appeared in People magazine, Russo said, his wife was visible, but only his chin and hand made the shot.

He said he’s advising the transition team "in an obtuse way" and is recommending people for jobs, "but not in an official capacity."

He might serve in the administration, he said. "I’m very loyal to the Trump family, and I don’t want to rule it out. When a president asks you to do something, you can never say no. But my loyalty is with the Trump family. They come first."

Russo relocated years ago to the Florida Keys and proudly noted that he was a finalist in Key West’s Ernest Hemingway look-alike contest in 2005.

"That’s when I had hair and a big beard. Now I’m bald and I just have a very short white beard. So I look very different than the Hemingway I was in 2005," Russo said.

During a phone interview from the Key West Yacht Club last night, Russo paused to heckle a friend.

"I want that drink," he said to his friend Richard from the restaurant store.

Russo explained the exchange: "He was just mocking me to death over the last year, and it’s the first time I saw him after the election.

"This guy thought Hillary was going to win by 10 points," he said, laughing. "I can’t wait for that drink."