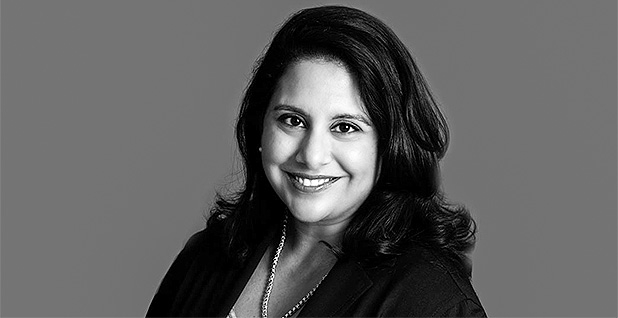 Federal judges grappled today with whether the Trump administration went too far when it sidelined a climate regulation that was only partially vacated in earlier litigation.

In oral arguments before the U.S. Court of Appeals for the District of Columbia Circuit, lawyers for environmental groups and states said EPA violated the law last year when it scuttled 2015 restrictions on hydrofluorocarbons, powerful greenhouse gases used in air conditioning, refrigeration and other areas.

DeMarco told the three-judge panel — which included former Trump deregulatory chief Neomi Rao — that EPA unlawfully suspended the HFC regulation by scrapping it without any public engagement or rulemaking process.

The complicated dispute stems from an earlier D.C. Circuit ruling in Mexichem Fluor Inc. v. EPA in which the court found that some applications of the HFC standards exceeded EPA’s authority because they were crafted under a Clean Air Act program focused on eliminating ozone-depleting substances.

While HFCs are harmful to the climate, they are ozone-safe. EPA cannot use ozone-focused authority to crack down on ozone-safe greenhouse gases, then-Judge Brett Kavanaugh concluded in the 2017 opinion (Greenwire, Aug. 8, 2017).

EPA responded to Mexichem by issuing a guidance document that suspended the HFC rule entirely. States and environmental groups contend the agency should have tailored its response more narrowly to address only the elements of the rule the court found problematic.

The ruling required EPA to halt its practice of requiring companies to phase out existing HFC uses, DeMarco said, but kept in place EPA’s authority to block new adoptions of HFCs as replacements for ozone-depleting substances.

"What it could not do was wipe away a legal obligation" it still had after Mexichem, he said.

Rao grilled DeMarco on whether EPA’s suspension of the HFC rule was really a final agency action that could be challenged in court. She pointed to terms like "near-term" and "pending" that EPA used to explain why it was setting aside the 2015 regulation in full while considering further rulemaking to address HFCs.

"Doesn’t that suggest that the guidance is tentative or interlocutory?" she asked.

DeMarco said the language doesn’t "defeat the finality" of the action because it still has immediate effects on regulated parties.

The NRDC lawyer likened the case to Clean Air Council v. Pruitt, a 2017 dispute in which the D.C. Circuit sided with environmentalists who challenged EPA’s administrative suspension, without public process, of methane standards for the oil and gas industry.

Judges Sri Srinivasan and David Tatel questioned whether EPA’s guidance overextended the 2017 court ruling. If the language of the court’s decision in Mexichem was unambiguous in vacating only part of the HFC rule, Srinivasan asked, would EPA’s broader response be appropriate?

"The court seems to clearly be saying, ‘That aspect of the rule, we are not touching,’" said Srinivasan, an Obama appointee.

Carlisle argued that EPA lacked a "regulatory scalpel" for the HFC rule and used its discretion to determine that partial implementation was not workable.

Squire Patton Boggs attorney Keith Bradley, representing industry intervenors, explained that regulations for certain HFC users would be difficult to implement because the rule was crafted to address entire sectors and functions.

Tatel, a Clinton appointee, interrupted Bradley, asking what could be so confusing about breaking down the rule’s applicability to individual users.

Bradley cited a vehicular example, explaining that switching from the use of HFCs can be complicated when looking at a fleet of cars in which only half may be compliant. Manufacturers would have to make the switch on a car-by-car basis, he said.

Both Tatel and Srinivasan appeared receptive to NRDC’s argument that EPA had discretion to suspend the rule for users that fall into complicated "gray areas" but not necessarily to do a broader rollback without a notice-and-comment rulemaking.

Lawyers from environmental groups, government and industry watched Rao closely today as she sat for D.C. Circuit oral arguments for the first time.

The new judge previously led President Trump’s Office of Information and Regulatory Affairs, shepherding rule rollbacks and other regulatory moves from EPA and other agencies.

"This is unprecedented to have the head of OIRA on the federal bench, so we’re dealing now with unprecedented issues with respect to recusal," said Amit Narang, a regulatory policy advocate at Public Citizen.

Federal law requires circuit court judges to recuse themselves from matters they worked on as government lawyers or advisers, and whenever there may be a perception of bias.

OIRA did handle related issues during her tenure, including deleting language related to children’s health and environmental justice in a document related to a separate HFC rule (E&E News PM, Oct. 2, 2018).

"We’re going to be watchdogging the cases that she is taking," he said, "to see if it directly involves regulatory actions that were reviewed by OIRA under her tenure."