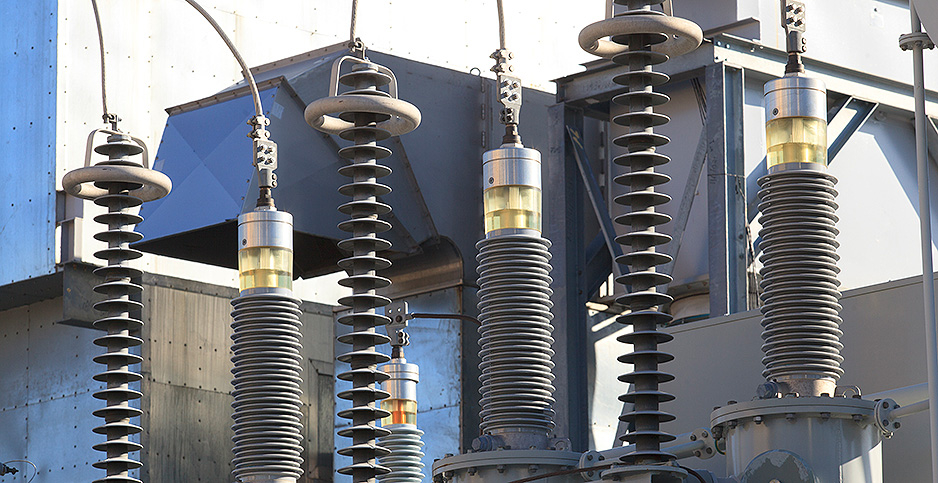 The Trump administration is leading a push to crack down on foreign suppliers of critical U.S. electricity equipment. Mark Hunt/Newscom

But federal leaders never raised a red flag with major power providers, according to some industry officials. The omission appears to run contrary to the electricity industry’s pleas to the federal government for more intelligence about cybersecurity threats from foreign-based vendors.

Grid executives were also caught by surprise by President Trump’s executive order May 1 directing DOE and other agencies to produce a list of suppliers in "adversary" countries whose equipment would be banned for security reasons. China is a top suspect, a Department of Defense official told reporters.

Scott Aaronson, vice president for security and preparedness at the Edison Electric Institute, which represents U.S. investor-owned utilities, said the ESCC was "aware … that an executive order was in development."

"Everybody is really of the opinion that the executive order got issued … without a lot of consultation with stakeholders in the electric sector," said Duane Highley, CEO of Tri-State Generation and Transmission Association Inc., another ESCC co-chair.

"They’re already so exasperated that I don’t know how you can make them worse," Segal said of the relationship.

Segal said that the order appears to be another part of the Trump administration’s "broad push on Chinese technology and supply chain security."

Allan Marks, a partner at the international law firm Milbank LLP, pointed out that Trump’s order is similar to a previous one that focused on supply chain threats in information and communications technology.

One such transformer arrived last summer at Houston’s port, according to Jim Cai, North American representative for Jiangsu Huapeng, and was made per the instruction of the Western Area Power Administration with electronic accessories from U.S. and U.K. manufacturers.

Most of the digital controls on the transformer were made by U.S. companies and were shipped with the unit, a common practice, ESCC’s Highley said.

The Wall Street Journal reported yesterday that federal officials commandeered the 500,000-pound unit and shipped it to DOE’s Sandia National Laboratories, in Albuquerque, N.M. Other sources told E&E News that since the transformer was headed for the Western Area Power Administration (WAPA), a DOE electricity marketing agency, the transfer was not a seizure. DOE headquarters said it wanted the equipment tested and it was, according to these accounts.

Jiangsu Huapeng has delivered more than 100 transformers in the U.S. and Canada since 2009 and has one of the biggest factories in the world, with units sold to the New York Power Authority and utilities in New Jersey, Florida and Nevada, according to the company’s website.

The Wall Street Journal‘s report said the equipment under suspicion was a monitor that detects deterioration in the transformer’s insulating oil. High-voltage transformers raise and lower voltages across power lines and do not typically contain huge amounts of computer code that could be exploited in cyberattacks. But they come with monitors and digital controls, and the latter are potential targets of hacking, experts say.

It’s possible for electronic monitoring equipment to be tampered with to provide false reports, triggering interruptions of power flows, said Andrew Ginter, vice president for industrial security at Waterfall Security Solutions Ltd. Such tampering could provide an adversary with the means to attack and possibly take over connected computers on substation networks. However, Ginter stressed that there have not yet been any public reports of such attacks nor has malicious software or capabilities found in transformer components.

"As long as there’s uncertainty that will cause delay and possibly increase costs," Marks said.

FERC, which oversees the physical and cybersecurity standards for large power providers in conjunction with the North American Electric Reliability Corp., already manages an existing jurisdictional framework that is largely ignored by Trump’s order, Marks said.

While the details of the executive order may not have been shared in advance, the order itself shouldn’t have surprised anyone, he said.

Fanning, a leader in his industry’s cybersecurity policy circles, said he wasn’t overly bothered that the ESCC wasn’t briefed on the executive order in advance. "This order is fantastic," he said. "This is something that we have been seeking for years, and it’s a very good move for America."

"You’re going to evaluate not everything in the stream of supply chain but rather the most important assets in America that are going to impact the safety of our citizens, the security of our economy and our ability to defend ourselves to fight back as a nation," Fanning said. "We prioritize in a very rigorous way what the most important assets are. We will then have a better sense of evaluating … the assets that they reside currently in our system."

One of the order’s most important pieces is the promise that U.S. grid companies and domestic vendors will get access to sensitive, classified intelligence on which foreign vendors pose the greatest security risks, said Paul Stockton, former assistant secretary of Defense for Homeland Defense and managing partner of the Sonecon LLC consulting firm.

"My understanding is that the executive order came out with not a lot of understanding of how to execute the ideas. We are sort of in a wait and see position … to see how this falls out," Whitehead said.

The industry has been asking government for more threat intelligence for a long time, said Highley of Tri-State Generation and Transmission. "’What can you tell us?’ They said, ‘Google it,’ literally."

"I’m grateful to see the executive order," Highley said. "Now that the order is out the door, we want an opportunity to work with them."

Correction: An earlier version of this story misidentified Kevin Wailes’ company. He is the CEO of Lincoln Electric System, in Lincoln, Neb. The weight of the transformer was also misstated.