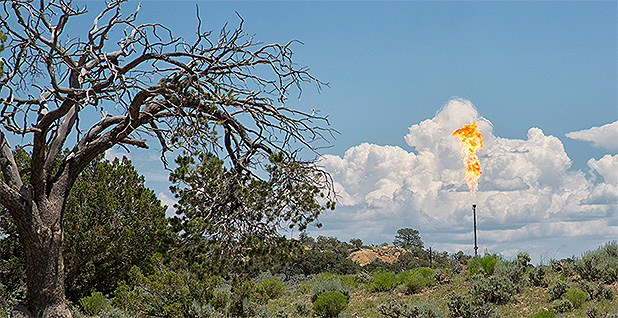 Susan Dio, former chairman and president of BP America, said in an op-ed last September that methane emissions must be regulated, saying "we need to protect natural gas’ license to operate."

"Reducing emissions remains an important part of @Equinor’s approach to provide low carbon energy. We pledge to continue our work to lower our methane emissions," he said.

Fuller said more data is needed to understand the emissions profile of low-production wells and to determine whether "there’s much of a fugitive emissions source anyway." He said existing rules don’t account for those potential differences and pointed out that a Department of Energy study to examine the issue has been disrupted by the pandemic.

On a conference call yesterday before Wheeler’s announcement, senior EPA officials said concerns from multinational corporations over the rule are one voice of many and noted that some large companies had expressed concerns over "burdensome reporting," "convoluted" reporting requirements and other criticisms.

One of the agency’s rules exempts operators of low-production wells from spending "significant funds" to monitor leaks and halves the required number of checkups at gas compressor stations to two times a year.

The replacement of the Obama-era safeguards was quickly panned by environmentalists and Democratic lawmakers, who broadly said the two new rules put the needs of oil and gas companies ahead of Americans’ health while making it harder for the United States to address climate change.

Although methane stays in the atmosphere for a shorter period of time than carbon dioxide, it’s more efficient at trapping heat. EPA estimates that methane’s global warming potential is 25 times greater than that of CO2 over a 100-year period. Natural gas and "petroleum systems" are the second-biggest source of U.S. methane emissions, the agency says.

"The Trump administration’s attempt to eliminate these sensible methane standards is fundamentally flawed," said EDF President Fred Krupp in a statement. "Like so many other administration rollbacks that have already been rejected by the courts, this one ignores the science, the public health impacts and the low-cost solutions we have at hand."

EPA’s replacement rules came out on the same day as a poll of voters in 11 states, conducted for the Natural Resources Defense Council, that said 75% of Americans favor stronger EPA limits on methane.