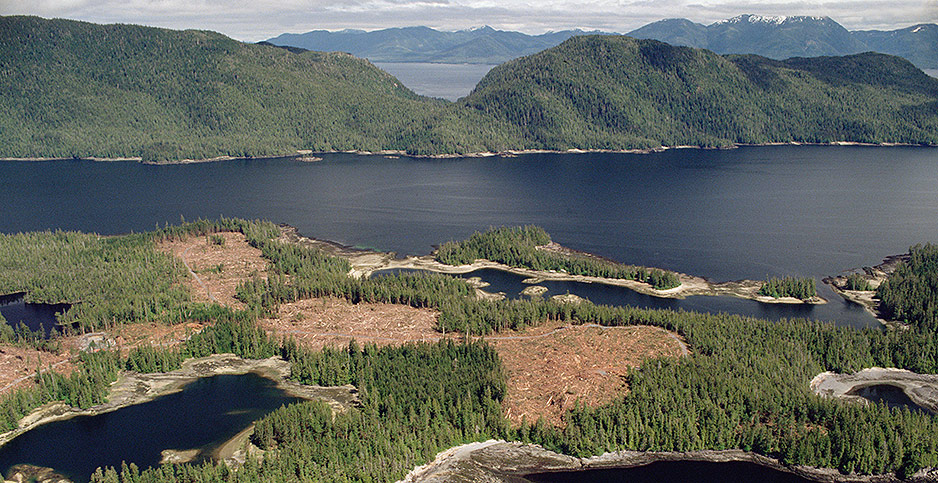 If the timber industry in Alaska is looking to harvest more trees, the Trump administration’s proposal to open roadless areas in Tongass National Forest to logging might not be the way to get there.

That’s the conclusion from the Forest Service, which said its plan to lift the Roadless Area Conservation Rule on all 9.2 million acres of roadless areas of the country’s biggest national forest won’t produce any more timber than leaving the restrictions in place.

The seemingly counterintuitive finding is spelled out in the draft environmental impact statement and proposed regulations the Forest Service released Oct. 15 and raises a question among conservation and environmental groups opposed to the change: Why push for a roadless exemption to open more areas to logging when more timber isn’t in the offing?

"Why do it? Why go through the upheaval?" asked Randi Spivak, public lands program director for the Center for Biological Diversity, which supports keeping the roadless-area restrictions.

The answer, according to the Forest Service, isn’t that expanding harvestable areas will produce more wood. It’s that forest managers would be able to tap parts of the forest where logging could be more cost-effective. That, in turn, would help wood products companies and boost the economy in Southeast Alaska, the Forest Service said.

The proposal and environmental statement reflect the conflicting interests on the Tongass, one of the last intact temperate rainforests on Earth and, scientists say, an important player in carbon sequestration and climate change. A once-dominant timber industry has shrunk dramatically due to government restrictions on logging, allowing recreation and other industries that benefit from less intensive forest management to grow more influential.

In the background is a more fundamental question that drives the political debate: Is the Tongass a resource mainly for Alaska, favoring economic development, or for the nation at large?

In the proposed rule, the Forest Service said it’s "acutely aware of the heightened sense of expectation" regarding potential policy changes there.

Even though 9.2 million acres of inventoried roadless areas would be freed from the roadless rule, only 185,000 acres would be added to the areas that may be considered for timber harvest, the Forest Service said.

Overall harvest projections remain at 17,000 acres of old growth and 11,800 acres of young growth over the next 100 years, levels envisioned in the 2016 Tongass land management plan.

"The proposed rule does not change the projected timber sale quantity or timber demand projections set out in the Tongass Forest Plan," the Forest Service said in the documents. "The alternatives examine different mixes of land areas and timber restrictions that would incrementally increase management flexibility for how the forest plan’s timber harvest goals can be achieved, but does not fundamentally alter the plan’s underlying goals or projected outcomes."

The Forest Service also said it’s not changing its most recent conclusion that an annual harvest of 45 million board feet of timber from the Tongass is "reasonable, conservative, and based on the best available information."

"There is no data supporting the conclusion that circumstances have changed or are likely to change with regard to the market demand for Tongass timber in the near- or long-term future due to overall limited competitiveness of Tongass timber in domestic and export markets," the Forest Service said.

But a status-quo timber harvest isn’t what the industry is seeking.

Proponents of lifting the roadless rule lament the decline of timber during the past few decades.

Once-busy mills have closed, and those still in business could handle more logs, a coalition of business leaders told the Forest Service as officials were crafting regulations in October 2018.

"In 2001 Alaska’s timber industry had over 500 million board feet of manufacturing capacity in Southeast Alaska, but now over 80% of that 2001 manufacturing capacity has been starved out of business and the remaining manufacturers are barely surviving at a small fraction of their capacity," they said. Organizations joining the letter included the Alaska Forest Association, Southeast Conference and Alaska Miners Association.

The wood products industry wouldn’t be the only business to benefit, supporters say. Mining, hydropower and recreation stand to gain from greater access to areas where roads can’t currently be built — a point Senate Energy and Natural Resources Chairwoman Lisa Murkowski (R-Alaska) often cites in pressing for less stringent restrictions.

Spivak said the Forest Service seemed to go to lengths in its roadless-proposal documents to point out that projected timber harvests wouldn’t increase. The Tongass would still be subject to a land management plan last amended in 2016, which includes timber targets; logging projects would still be subject to the usual process, including environmental reviews and public comment periods, the agency added.

The Forest Service sent other signals that it isn’t exactly rubber-stamping the state’s request to lift the roadless regulations.

In its January 2018 petition, Alaska’s Department of Natural Resources asked the Forest Service to formally change the land management plan for the Tongass to revisit logging restrictions — a more involved step that would require opportunities for public comment. That’s necessary, the DNR said, because the forest plan has restrictions based on the roadless rule.

Officials also asked the federal agency to revise its plan to speed the transition away from old-growth timber to younger growth, saying the 16-year timetable is too fast for the industry.

"A new Tongass exemption rule alone will not provide relief to Southeast Alaska," the state said in its petition.

Digging further into the fine print, some environmental groups say the Trump administration may have found a way around those steps.

The proposal would change the designation of inventoried roadless areas (IRAs) "not suitable" for harvest to "suitable," through a fast-track administrative process that requires less public involvement than the formal forest plan amendment the state sought. It’s similar to the process that put those acres off limits when the roadless rule took effect, but the other way around (Greenwire, Oct. 22).

"That seems like a big deal to me, in that they are ‘administratively’ making changes to the forest plan — potentially even allowing timber harvest in current IRAs — without the more substantial plan revision processes," said Andy Moderow, Alaska director for the Alaska Wilderness League.

Another twist in the Tongass roadless story is a big timber sale called the Prince of Wales Landscape Level Assessment. That project, approved in March, is the biggest old-growth harvest in the forest in years, projected to generate 245 million board feet of old-growth timber and 420 million board feet of young growth over 15 years — but the environmental impact statement doesn’t mention it.

That may hint at bigger-than-projected timber harvests to come if the roadless rule is lifted, said Catherine Mater, a forest projects engineer who’s conducted young-growth inventories on the Tongass.

On its webpage for the Prince of Wales project, the Forest Service hints at the connection between the two efforts.

"If the changes are extensive enough," the Forest Service said, "a supplemental draft environmental impact statement would need to be drafted and a new public involvement process started."