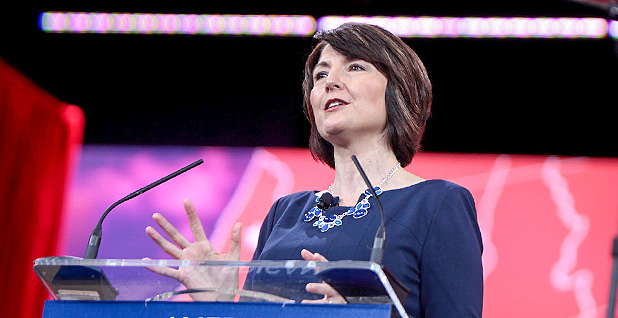 President-elect Donald Trump’s front-runner to lead the Interior Department has been the subject of a three-year ethics investigation that appears to be ongoing.

Rep. Cathy McMorris Rodgers (R-Wash.), who last week was said to be Trump’s pick for Interior secretary, has faced an ethics probe alleging that she improperly used official congressional resources — including staff — for campaign activities from 2010 until 2012, and may have broken federal laws.

On Friday, a source close to the transition said McMorris Rodgers — chairwoman of the House Republican Conference — was Trump’s nominee for Interior secretary. Trump has since met with several other officials about natural resources issues, and is now rumored to be keeping his options open.

If she is Trump’s pick, her ethics probe in the House could complicate her chances of getting the job, according to some of her critics.

"Everyone on Capitol Hill knows that using taxpayer funds to pay for a political campaign is a violation of federal law and a big no-no," said Matt Lee-Ashley, director of public lands at the Center for American Progress.

"The Trump transition’s vetting must know about this ethics investigation of Congresswoman McMorris Rogers and the subpoenas that were recommended, so it is surprising to see her still in the running for the Interior secretary position," he added. "At a minimum, she would face uncomfortable questions in a confirmation hearing about potential misuse of taxpayer funds and, if the investigation is still open, potential sanctions."

McMorris Rodgers spokeswoman Kara Hauck said in a statement today, "The congresswoman has fully cooperated with the Ethics Committee and is confident she has complied with all laws, rules and standards of conduct."

The House Office of Congressional Ethics referred the matter to the House Ethics Committee in December 2013.

The board of the ethics office said there was "substantial reason" to believe that McMorris Rodgers used congressional funds and staff for campaign activities, had used a campaign consultant to perform official duties, and improperly combined campaign and congressional resources to produce a mailing and a video for her House leadership race.

A January 2014 letter from McMorris Rodgers’ attorney to the Congressional Ethics Office rejected all of the conclusions reached by that office.

The House Ethics Committee today declined to comment on the current status of the investigation.

The committee issued a statement in March 2014 saying it was reviewing the matter, but that didn’t reflect any judgment by the committee.

As of January 2015, the committee’s review of the matter was ongoing, according to an annual ethics panel report.

The ethics probe made headlines a few years back when it spilled into the public view.

A former communications director for McMorris Rodgers sent reporters a 1,959-word email in 2014 accusing the congresswoman of "retribution" tied to the ethics complaint, Roll Call reported. Former staffer Todd Winer told the newspaper that McMorris Rodgers had attempted "to intimidate and punish me for my cooperation" with ethics investigators.