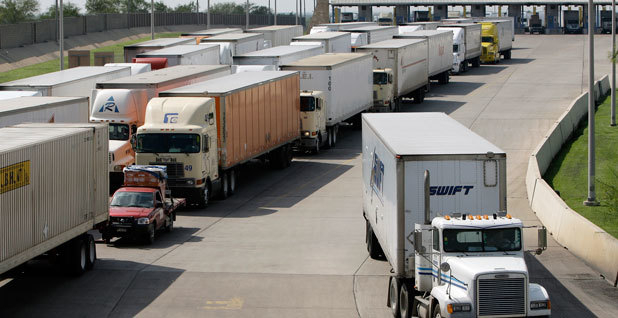 Donald Trump’s wall along the U.S. border with Mexico is unlikely to be built.

But the brash New York businessman, who locked up the Republican nomination for president this month, could create a real barrier to American companies that want to do business in Mexico if his anti-immigrant rhetoric provokes a backlash from the Mexican government or from Mexican businesses.

American energy companies, which are gearing up to bid for tens of billions of dollars in oil, pipeline and utility contracts in Mexico’s recently reformed energy sector, could be among the losers, according to business and foreign policy experts in both countries.

In the worst case, Trump’s rhetoric could push Mexico to elect an equally combative president in 2018. Even if that doesn’t happen, Trump’s treatment of Mexico is a departure from traditional U.S. policy and could prompt Mexico to rethink its 2013 decision to open its state-run energy sector to foreign oil companies.

"The reaction that the public might have in Mexico is, ‘Why are we allowing in the American companies if the relationship has turned sour?’" said Francisco Monaldi, a fellow in Latin American energy policy at Rice University’s Mexico Center.

The stakes are big. Petróleos Mexicanos, Mexico’s national oil company, is seeking investments of $4.4 billion each for 10 offshore oil fields, according to Bloomberg News. And there are tens of billions of dollars in other business opening up in pipeline construction, utilities and renewable energy.

Mexico is also rapidly expanding as a market for American natural gas, with U.S. exports tripling in the last five years to more than 1 trillion cubic feet, according to the U.S. Energy Department. And Mexico provides about 650,000 barrels a day of crude to the United States, more than any American state except Texas and North Dakota.

Mexico nationalized its oil industry in 1938, in large part because the government felt it was being treated unfairly by British and American oil companies. For the next three-quarters of a century, the national oil company, known as Pemex, had a monopoly on oil and gas production.

The oil industry became a source of national pride, and Pemex was closely tied to the ruling Institutional Revolutionary Party, or PRI. By 2013, though, Pemex had suffered a string of losses and its oil production was declining. Mexico still has substantial oil reserves, but it needed infusions of money and technical expertise to develop its deepwater fields.

Under President Enrique Peña Nieto, Mexico’s Congress passed a constitutional amendment allowing outside companies to drill in Mexico, and opened up the pipeline and utility industries (EnergyWire, Feb. 23).

The economic potential for the United States and Mexico hasn’t broken through the jarring rhetoric defining U.S. presidential politics in 2016.

Trump, a real estate developer and reality TV star, has singled out Mexican immigrants and U.S. trade policy with Mexico as responsible for the plight of struggling American wage earners and the nation’s security concerns. Mexico is sending rapists and drug dealers into the United States, Trump said when he kicked off his campaign a year ago, the first of a string of sweeping insults aimed at people from Mexico and of Mexican-American heritage. His plans for "building a wall" on the U.S.-Mexico border (that Mexico apparently would pay for) has been an ongoing rhetorical device during his rallies.

So far, Trump’s only speech on energy policy dealt mostly with rolling back environmental regulations and promoting domestic oil, gas and coal (E&E Daily, May 27).

Trump’s website, though, says he wants to impose a 35 percent tariff on goods imported from Mexico. The tariff policies — Trump has proposed an even higher tariff on Chinese goods — could plunge the world economy into a recession, according to a report by Moody’s Analytics. They would also be likely to result in retaliation by both countries.

Mexico has already won a trade dispute with the United States. Under the North American Free Trade Agreement, Mexican companies were supposed to be allowed to deliver goods into the United States starting in 2000. The Clinton administration barred Mexican trucks, citing safety concerns and the impact on U.S. trucking businesses. An arbitration panel sided with Mexico, but the United States refused to change its policy except for a pilot program that allowed a limited number of Mexican trucks into the country.

Mexico broke the impasse in 2010 by imposing tariffs of 10 to 45 percent on a variety of American-made goods. The tariffs rotated randomly — pork bellies one month, wine the next month — and were targeted to put pressure on members of Congress, according to a paper by Robert Carbaugh at the University of Central Washington.

Trump could also provoke an electoral backlash in Mexico, said Duncan Wood, director of the Mexico Institute at the Woodrow Wilson International Center for Scholars.

"Opinion polls have shown in Mexico, a lot of Mexicans would prefer to have a far-left politician" as president, Wood said.

Opposition candidates won governor’s elections in four Mexican states earlier this month. That doesn’t bode well for Peña Nieto’s PRI, the party most affiliated with energy reform, in Mexico’s 2018 presidential election. While the results were widely seen as a sign of strength by the center-right National Action Party, it could also strengthen the far-left National Regeneration Movement, led by Andrés Manuel López Obrador.

López Obrador has described himself as a follower of Lazaro Cardenas, the Mexican president who nationalized the oil industry. He has said on his website that he wants to reform Pemex, rather than turn oil exploration over to outside companies. Mexico’s oil doesn’t belong to politicians or foreigners, the site says; "it belongs to the people and the nation."

Some observers say the economic ties between Mexico and the United States are strong enough to survive political turmoil.

"If you look at what Mexico wants from us, it’s our energy and our expertise," said Bruno Stanziale, director of energy and natural resources at the Eurasia Group, a consulting firm. "They’re gasifying their entire utility sector."

"The groups that are most frustrated with the rule of law and corruption are also the groups most interested in energy reform and positioning the country for growth," he said.