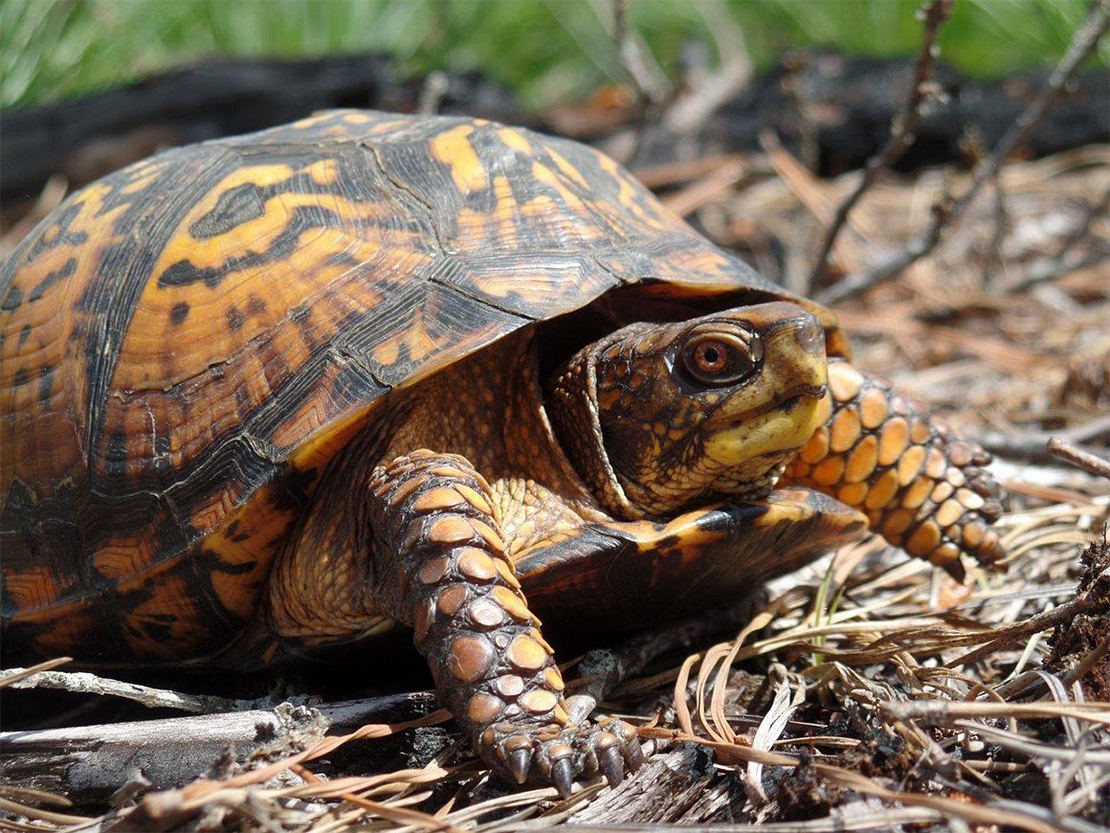 An eastern box turtle on the forest floor. Gabrielle DeMeillon/Fish and Wildlife Service

Before he went astray into the illicit turtle trade, Yuan Xie was supported by his Chinese parents while he studied English at several colleges on the West Coast.

Now, stamped with a criminal record, the 30-year-old Los Angeles resident will be helping researchers learn more about the secret and lucrative world of wildlife smuggling.

After pleading guilty to one count of conspiracy to smuggle goods in violation of the Convention on International Trade in Endangered Species of Wild Fauna and Flora, Xie has been sentenced to five years of’ federal probation, along with requirements he pay restitution and a $15,000 fine. Xie will also serve 500 hours of community service.

In a sentencing memo, prosecutors noted that the Fish and Wildlife Service has “been in contact with a conservation social scientist at the University of Maryland who is interested in interviewing individuals involved” in the illegal sale of vulnerable wildlife.

“The government supports designating a portion of Xie’s community service to participating in academic research related to conservation and the prevention of future wildlife trafficking,” prosecutors stated.

Xie’s sentencing Sept. 2 in U.S. District Court for the District of Oregon capped a case that first surfaced with his 2018 arrest and that over time has already shed light on the turtle smuggling racket.

FWS estimated the cost of the turtles exceeded $150,000 and calculated that the market value was more than double that amount in the Chinese pet trade.

“In the late 1990s, a developing middle and upper class in China started consuming turtles for medicinal, food and pet purposes,” R. Michael Ogle II, herpetology curator at the Knoxville, Tenn., zoological gardens, recounted in a memo cited by prosecutors.

The rising demand and monetary value led to more poaching efforts throughout Asia, and Ogle noted that “as those other Asian countries became depleted over the next 10 to 15 years, collection efforts moved overseas to include turtles found in the United States” (Greenwire, Dec. 11, 2020).

Daniel Gaillard, a herpetologist at Dalton State College in Georgia, said in another declaration cited by prosecutors that the turtles being smuggled were likely for the pet trade or to be placed on a farm for breeding to produce pets.

“One common theme I’ve found in the illegal turtle trade is that it is a low-risk, high-reward business,” Gaillard stated. “The profitability of many species of turtles allows for those involved to make large sums of money rather quickly, and the likelihood of being caught is low.”

As part of the same investigation that snared Xie, another Chinese national named Xiao Dong Qin previously pleaded guilty to one count of conspiracy and was sentenced on February 27, 2020, to two years’ probation and paid nearly $8,000 in restitution.