U.K. shatters heat record 3 times in a matter of hours 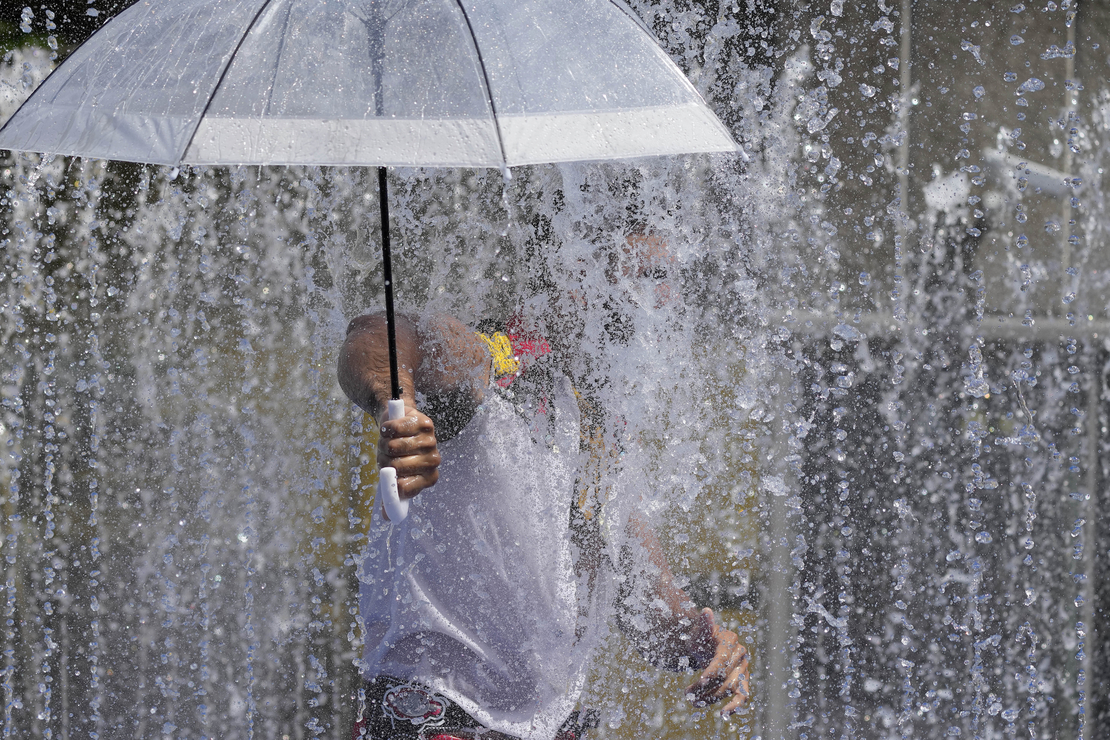 A man cooled down in a London fountain yesterday as record-breaking temperatures scorched the United Kingdom. AP Photo/Frank Augstein

Extreme heat shattered records in the United Kingdom yesterday as temperatures hurtled above 104 degrees Fahrenheit for the first time since the country started keeping measurements.

It may well be a startling glimpse into the country’s climate future as the planet continues to warm.

Before now, the highest temperature ever recorded in the United Kingdom was 101.7 degrees, observed in Cambridge in July 2019. Yesterday, as a staggering heat wave gripped the nation, temperatures rose to 102.4 degrees in the English village of Charlwood, officially breaking the record.

Temperatures later matched the new record at St. James’s Park in London, and then broke it for a third time — all in the same day — when they rose to 104.5 degrees at the village of Coningsby, according to the United Kingdom’s Meteorological Office.

These records are provisional until the measurement equipment has been inspected and the temperatures officially approved, the Met Office said. But, for now, it looks like history has been made.

Ireland recorded its second-hottest day on record — and Dublin’s all-time highest temperature — when thermometers at Phoenix Park hit 91.6 degrees. The all-time Irish record of 91.9 degrees was observed at Kilkenny Castle in 1887, although scientists have debated the reliability of the 19th century measurements.

Meanwhile, across the English Channel, France also sweltered under extreme heat on Monday and Tuesday. Temperatures in some places rocketed above 108 degrees, according to the French national weather service.

It’s the continuation of a staggering heat wave that’s gripped much of western Europe for the past week (Climatewire, July 18). Record-breaking heat and raging wildfires swept through Spain and Portugal last week, killing more than a thousand people so far and forcing thousands more to evacuate.

The heat shifted toward France and the United Kingdom over the weekend, with both countries issuing “red” alerts in advance of the extreme temperatures. It was the first time Britain had issued such a warning.

It’s a shocking event for a region historically known for its mild climate. Average July temperatures in London typically hover in the 70s.

But studies suggest that weather events thus far considered rare or even impossible are well on their way to becoming the region’s new reality. Research suggests that heat waves in western Europe are increasing in frequency and intensity three to four times faster than in other parts of the midlatitudes.

And in the United Kingdom, specifically, Met Office research finds that the odds of 104-degree days will dramatically increase by the end of the century.

Many households in the United Kingdom — and elsewhere in western Europe — don’t have air conditioning as it historically hasn’t been seen as a necessity in such a mild climate. And certain types of infrastructure aren’t equipped for extreme heat.

The high temperatures have prompted widespread train cancellations across the United Kindgom. The railroads aren’t designed for extreme heat and can bend or buckle when temperatures rise too high.

“The climate is changing and this unprecedented weather is hotter than our infrastructure was designed for,” the company stated.

Flights were suspended at London’s Luton Airport on Monday after high temperatures damaged a runway, the airport said in a statement. And the British Royal Air Force was forced to pause flights in and out of its Brize Norton air base after the heat melted a runway, Sky News reported.

And a spate of grass and vegetation fires sprang up around London and other southern parts of the country as temperatures soared.