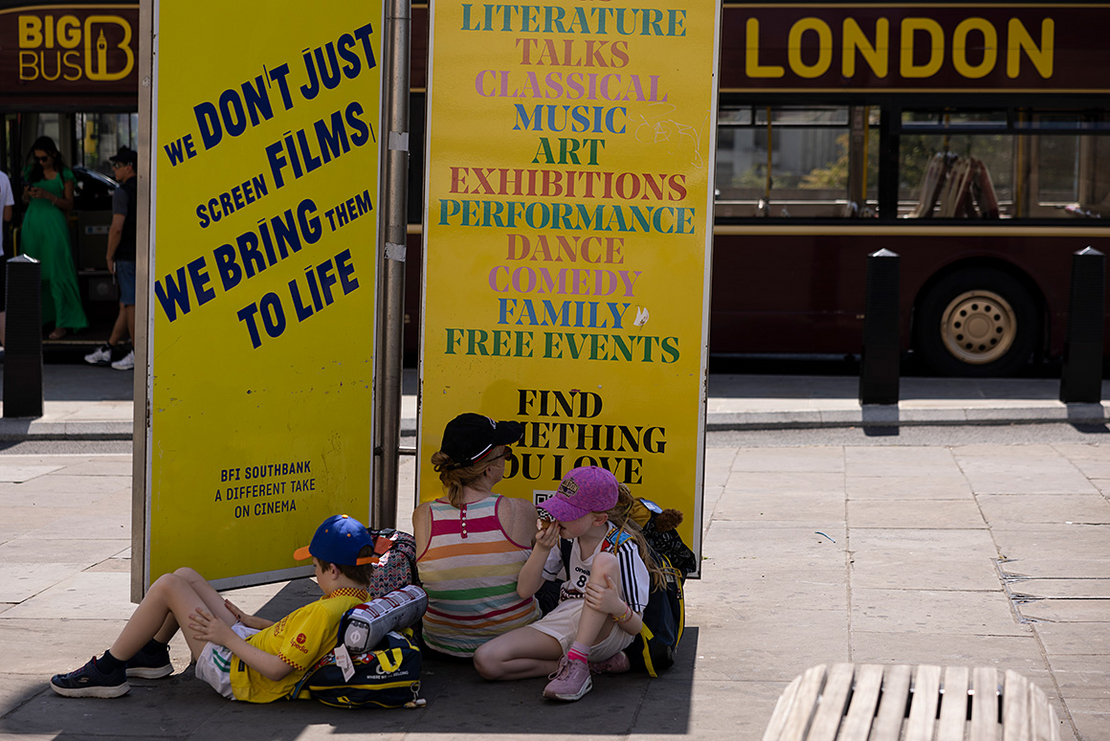 A family takes advantage of the shade offered by an advertising board on Westminster Bridge today in London. Dan Kitwood/Getty Images

In a remarkable turn for the global thermostat, the United Kingdom’s Meteorological Office said officials recorded a provisional temperature of 40.2 degrees Celsius — 104.36 degrees Fahrenheit — at Heathrow Airport in the afternoon.

The provisional temperature beat the previous record of 38.7 C set in 2019 (Climatewire, July 18).

“I didn’t expect to see this in my career,” Stephen Belcher, chief scientist for the Met Office, the United Kingdom’s national weather service, said in a Twitter video.

The downcast-sounding scientist added that “we could see temperatures like this every three years” if global emissions continue at a high rate.

“We’re already committed to warming, and these extremes will get more extreme in the future,” Belcher said.

By 11 a.m. EDT today, 4 p.m. in the United Kingdom, the Met Office was reporting that “temperatures have now risen above 40 degrees C in a number of UK sites, however fresher conditions are arriving across the far west of the country.”

A Red Extreme warning means that “substantial changes in working practices and daily routines may be required” and that there is a “high risk of failure of heat-sensitive systems and equipment,” according to the Met Office.

Meanwhile, the London Fire Brigade declared a “major incident” because of grass and building fires popping up across the city.

“It comes as we’ve attended more than 1,000 grass fires since June,” the fire department reported on Twitter.

The Independent newspaper reported that “around 100 firefighters tackled a blaze in the village of Wennington” in east London today, with “television footage showing black smoke billowing into the air, with buildings and fields on fire.”

“This is critical. @LondonFire is under immense pressure,” London Mayor Sadiq Khan said on Twitter.

Yesterday, flights were diverted from Luton Airport about 35 miles northwest of London after “high surface temperatures” caused a small section of its runway to peel, airport officials said in a Twitter statement. The runway was repaired and reopened several hours later.

In France, the translated website for the national weather agency, Meteo France, reported that “the heat wave shifts over the east of the country” and that “on the western side of the country the atmosphere becomes much more breathable.”

The break came after the city of Nantes, near the Atlantic coast, recorded a high of 42 C yesterday, beating a previous high of 40.3 C set in 1949. The city of Brest, in Brittany, likewise set a temperature record, and nighttime temperature records were also set in Normandy.

Although the weather systems are different, the United States is also feeling the pain.

Oklahoma City, for instance, has a projected high temperature of 110 F today, which would tie a record for the month of July.

All told, U.S. weather monitors today identified 14 sites in the nation that are expected to hit daily record temperatures today. Many of the record-setting hot spots are in Texas, Oklahoma and southwest Kansas.

“We are setting ourselves up for a broad expansion of heat,” Richard Bann, a meteorologist with NOAA’s Weather Prediction Center, told E&E News. “The heat will be building back.”

The average June temperature across the contiguous U.S. was 70.7 F, making it the 15th-warmest June in 128 years.

Florida, Louisiana and Mississippi each had one of its top 10 warmest Junes on record, while Texas saw its fifth warmest on record, according to NOAA.

“Although it will be an exceptionally hot day for many, particularly in central and eastern England, however, it will become cloudier and less hot as we go through the day in the west with a chance of a few showers or thunderstorms. The thunderstorm risks move to the east of England later this afternoon with the potential some isolated heavy showers, gusty winds and lightning,” the Met Office reported. “Temperatures are expected to start to return closer to normal for the time of year as we go through the rest of the week with cooler air pushing across the country from the west.”