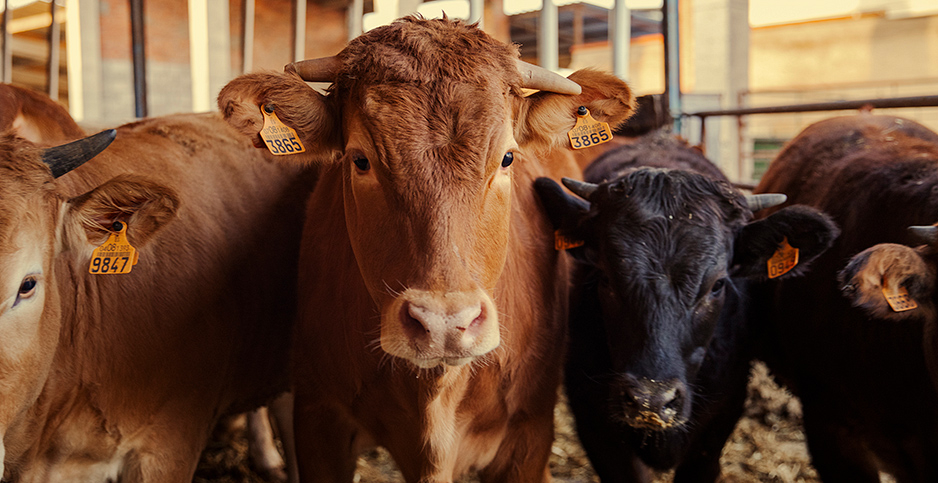 Agriculture is the largest global source of methane emissions from human sources. Cows are pictured in a corral on a farm. Aitor Carrera Porté/Westend61 GmbH/Newscom

Human-caused methane emissions could plunge 45% by 2030 if the world rapidly pursues a wide array of mitigation measures, according to a U.N. report released today.

The global methane assessment, issued by the U.N. Environment Programme and the Climate and Clean Air Coalition, said that current concentrations of the greenhouse gas are already "well above" those needed to keep global warming to 2 degrees Celsius and that "urgent steps" must be taken to reduce releases from major sources like fossil fuels, agriculture and waste.

The report comes as the Biden administration is expected to announce new methane emissions targets as part of its broader international climate push.

Deputy Energy Secretary David Turk singled out methane emissions today as he told the United States Energy Association (USEA) that the United States needs to get its "own domestic act together" if it expects to lead on climate.

He said many USEA member companies are "stepping up to the plate using those cost-effective technology solutions, using those monitoring technologies, using those practices that we need to in order to get our act together on the methane emissions side, but we’re frankly just not doing that as much as aggressively and across all oil and gas companies in our country to take that on."

Slashing methane emissions by 45% over the next decade would avoid nearly 0.3 degree Celsius of global warming by the 2040s, the U.N. report said, and would help prevent thousands of premature deaths and asthma-related emergency room visits.

"We need to make a fundamental shift in our economies, but we need to do it well," Inger Andersen, executive director of the U.N. program, said on a Zoom call with reporters this morning.

"We need to plan it. We need to not do it abruptly and too late," said Andersen. "The later we push it, the more expensive and more difficult it will get."

She continued: "That is why this kind of information allows us to do this with good science, with good political leadership, and build up strong public support and understanding and making sure we take care that no one gets left behind."

Authors said that while methane is a "short-lived climate pollutant," it has a much stronger warming potential than carbon dioxide, another powerful heat-trapping gas, and noted that methane levels have "increased rapidly" over the past decade.

‘Rapidly reduce the rate of warming’

Awareness of methane and its planet-warming impact have taken on a heightened focus in recent weeks and months, including at last month’s Leaders Summit on Climate, where President Biden pledged to reduce emissions 50% to 52% by 2030 compared with 2005 levels.

More than 90% of global methane emissions from human sources originate from just three sectors, Manish Bapna, executive vice president of World Resources Institute, noted on the call this morning. That includes 35% from fossil fuels, 40% from agriculture and 20% from waste.

Last month, NOAA reported methane levels surged in 2020 despite the coronavirus pandemic, rising by "the largest annual increase" since systemic measurements started in the early 1980s.

Although the Biden administration has not yet introduced a specific methane reductions target, senior officials said cutting methane emissions is a "priority" for the White House (Energywire, April 22).

"Lower methane concentrations would rapidly reduce the rate of warming, making methane mitigation one of the best ways of limiting warming in this and subsequent decades," the U.N. report said.

Both the U.N. and EDF reports identify leak detection and repair as one of the top targeted measures that could be ramped up to cut emissions.

Two-thirds of the potential 45% drop would come from measures that purposely target methane reduction, U.N. officials said, with the remaining cuts coming from actions that would reduce methane but do not primarily target it, such as emissions pricing.

"Ozone exposure causes more than a million premature deaths, about half attributable to methane," he said on the call.

Sarah Smith, director at the Clean Air Task Force, who served on the Climate and Clean Air Coalition board, called the report "one of the most substantive studies of global methane emissions we have ever seen."

She called for the oil and gas sector to cut emissions of the potent gas by 65%. "This is the biggest opportunity for a near-term climate win," Smith said on the call today.

Already, an effort to strengthen methane standards is underway in Congress. In coming weeks, the House will vote on a measure to quickly repeal the Trump administration’s methane rollback, which undid direct regulation of the potent gas.

The White House has said Biden would sign the resolution, and EPA is expected to propose stricter regulations by September.

For its part, much of the oil and gas industry says it’s on board. Julien Perez, vice president of strategy and policy at the Oil and Gas Climate Initiative, said in a statement last week that the coalition of oil and gas majors has made it "a top priority to reduce methane emissions to near zero" and support the "implementation of regulations specifically tackling methane emissions reduction."